Let’s talk about how exciting it is that NASA’s new rover, Curiosity, just landed on Mars after eight long months. Did you watch the cool video about how difficult landing was, Seven Minutes of Terror? Curiosity is about the same size as an SUV, and it’s over there on Mars, 154 million miles from Earth, just wheelin’ around, checkin’ things out and sending us back pictures within 20 minutes. TWENTY MINUTES, you guys. 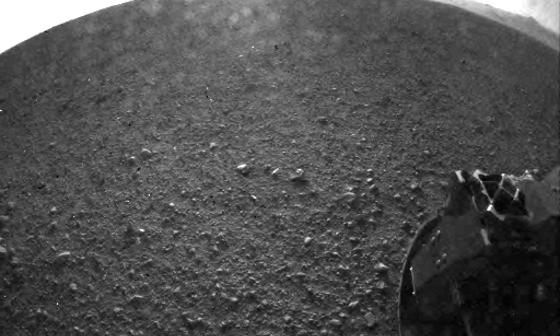 The surface of Mars and Curiosity’s little wheel.
via {NASA Mars website}

Life on Mars? from Autostraddle on 8tracks.

Tell me your favorite out of this world tracks below.