The inaugural PinkNews Politician of the Year award, announced on Wednesday, has attracted controversy as one of its recipients – Tina Stowell, a Conservative member of the House of Lords – has been called out for her anti-trans stance over the course of the passage of the Marriage (Same Sex Couples) Act 2013. The award was shared with Labour MP Yvette Cooper, the Shadow Home Secretary. 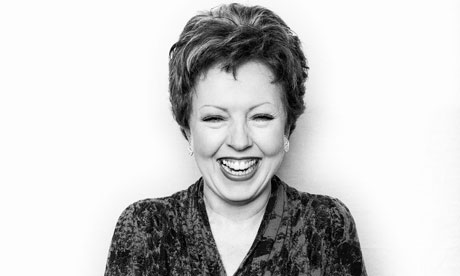 Tina Stowell, Baroness Stowell of Beeston, MBE and former Head of Corporate Affairs for the BBC
via The Guardian

Liberal Democrat politician Sarah Brown and activist Natacha Kennedy were among the first to point out Baroness Stowell’s staunch anti-trans defence of the “spousal veto” amendment in the equal marriage legislation.

Does @Pinknews' honouring of Stowell mean they now endorse the #spousalveto for trans people? If so #equalmarriage is not equal marriage.

Under the Marriage (Same Sex Couples) Act, trans people require the permission of their spouses to obtain a full Gender Recognition Certificate (GRC) that allows the holder to change their gender on official documents. What their spouse is agreeing to is the conversion of their “heterosexual” marriage into a “homosexual” one, codifying a distinction between the two in spite of the popularity of the phrase “equal marriage.” Without it, they can only obtain an interim GRC unless they divorce their spouse

Placing the legal rights of trans people in the hands of their spouses has deeply damaging consequences. According to the 2013 survey “Spouse Reactions to Transsexuality” by Zoë Kirk-Robinson, commissioned by T-Vox.org, only 49% of trans people who came out to their partner or spouse received positive responses in the long term. Only 46% of those with children are allowed to see them upon divorce or separation, and 26% of respondents stated that a spouse has made a divorce difficult, while 44% of partners or spouses have actively attempted to prevent their partner from transitioning.

This event is not without precedent: in 2008, Stonewall gave its Journalist of the Year award to Julie Bindel, in spite of her infamous transphobic 2004 article “Gender benders, beware” for The Guardian. While Bindel has apologised for that article, she has published yet more damaging pieces since and has been making transphobic remarks up to just a few months ago. However, unlike Stonewall, an LGB charity which has always excluded trans people – if not steamrolled over their interests altogether – PinkNews does address the trans community in its aim to be the “premier LGBT news outlet in the UK and beyond.”

The Politician of the Year honour was one of two judged awards, the other being Business Network of the Year. The remainder of the awards (Community Group of the Year, Advertising Campaign of the Year and Parliamentary Speech of the Year) were voted on by readers.

Here is the list of the judges for the Politician of the Year award:

Of the panel of 10, only one (Paris Lees) is a trans woman, which PinkNews mentioned in defence of the outcome.

@auntysarah jointly with @YvetteCooperMP. And picked by an independent panel of judges

PinkNews has yet to make any further comment on the matter. Lees has apologised for what she calls her “ignorant mistake.”

It seems I've been incredibly stupid. I didn't know about Stowell's anti trans stance. I voted for her. Please forgive my ignorant mistake.

…& please don't be too harsh on @pinknews & @benjamincohen, they appointed judges & we voted. I should have known better. Put my hands up.

@zoeimogen I'm not terribly political… but I agreed to be a judge so I should have researched better. I've had a lot on recently. My bad.

It seems this decision arose out of oversight rather than malice, and it is, of course, unfair to place the blame squarely on Paris Lees. The judging process highlights the difficulty of appreciating the nuances of what support for the same-sex marriage legislation really means: unless you were following the passage of the Bill closely, you would see little cause to question Baroness Stowell’s advocacy of it.

This does not, however, let PinkNews off the hook. Having only one trans person on the panel of judges, especially one that had multiple straight allies, placed an unfair amount of pressure on one individual to represent a core part of the LGBT community. Furthermore, as Lees acknowledged, she isn’t “terribly political.” In a vote for a political award in the same year that a significant piece of LGBT legislation passed, one which had different consequences for different groups under the LGBT banner, it is puzzling why PinkNews did not select someone who did follow the passage of said Bill closely. 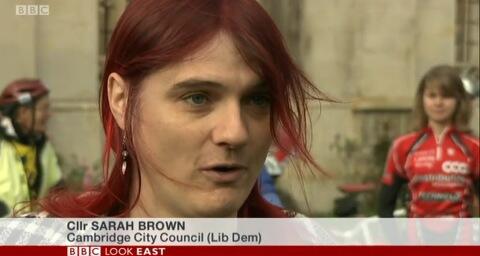 Cllr Sarah Brown, Britain’s only openly trans politician and just one of many people in the country who would have fulfilled both criteria of “trans” and “knowledgeable about politics”
via @auntysarah

In response to this, activist Zoe O’Connell is accepting nominations for an alternative Politician of the Year award, recognising those who have championed the rights of trans people.

The rules are simple. Nominations are open for any politician elected to public office, who people feel have made a positive difference to the lives of trans people, covering the whole period of the equal marriage consultation and subsequent legislation. Initially, nominations were to be restricted to allies only as otherwise it could end up being divisive, but after discussion on twitter nominations will be allowed for anyone. Unless someone else feels like coming out, this is a very short list.

Nominations will be open until 5pm on Friday, 1st November and can be made by commenting [on her post], via twitter (@zoeimogen) or EMail (zoe@complicity.co.uk). Nominations may be anonymous – please indicate if this is the case – and you may nominate more than one person. “Trans” in this context is as people self-identify.

Shortly after nominations close, the final result will be decided by public vote.