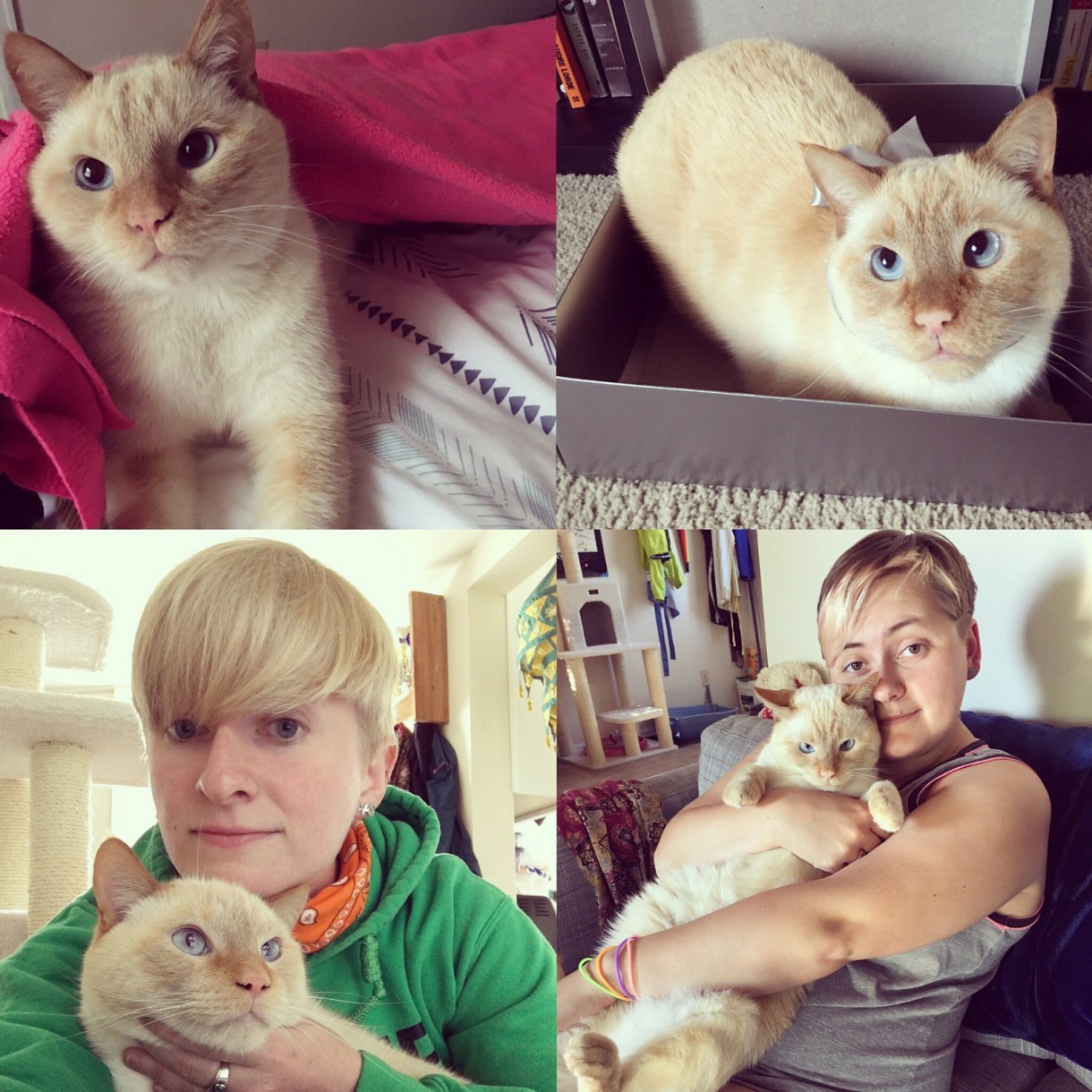 “We adopted this two flamepoint Siamese brother cats when Becca saw a post on the neighborhood Facebook group looking to rehome them, because their loving owner was extremely allergic to them. We had been searching for a cat to fill our home with, and though Becca swore up, down and sideways that our small house could not have two cats – that ship sailed when we fell in love with these two. As is true with many Siamese cats, they are very food-motivated, talkative, and have an insatiable need for affection. Purrseus’ (right) favorite thing to do is snuggle Meaghan’s cheeks in the early morning, and Orion’s (left) favorite thing to do is chase his laser pointer and stand uncomfortably on Becca’s lap when he is feeling needy. Other shared interests include: running through the house wildly at odd times, sitting on top of the refrigerator, and being complete unable to catch flies.” 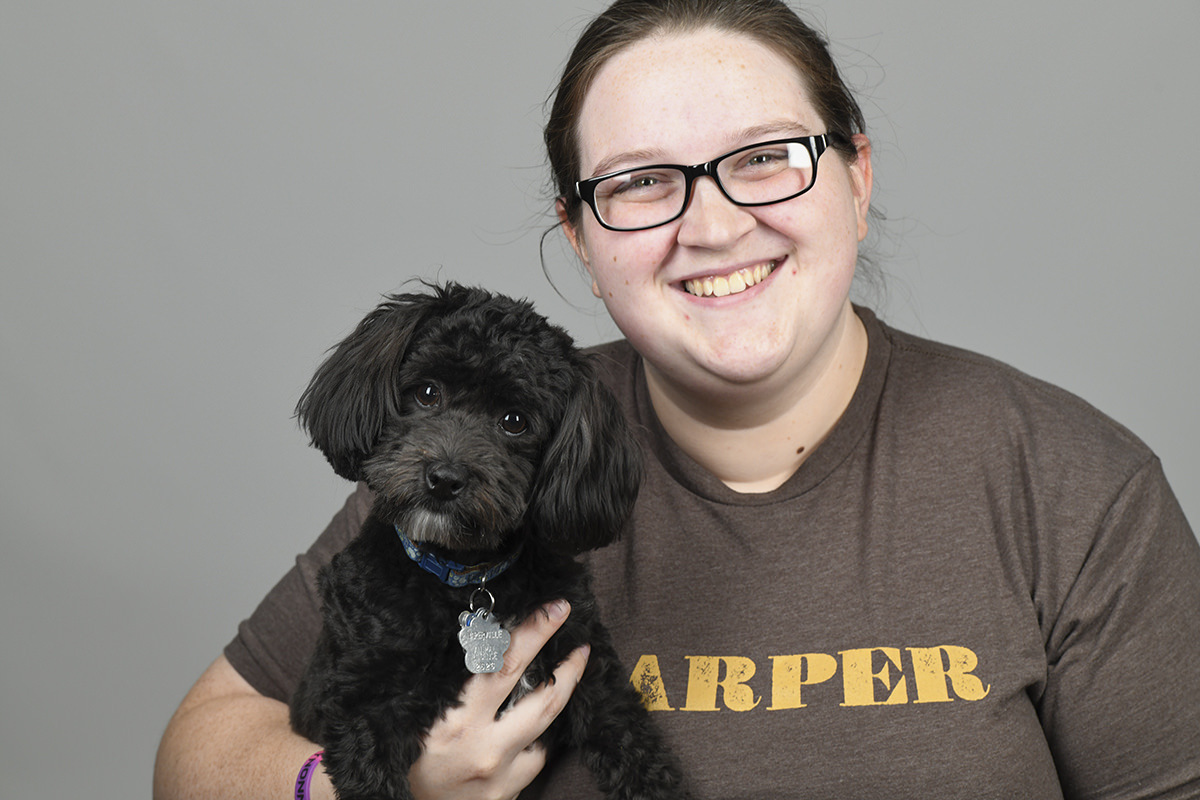 “We met at a pet store and after playing with him for awhile, even though I hadn’t intended to go home with a dog, I took Clark home. He is named after Clark Kent, because I’m a huge Superman fan, but also sort of Clarke Griffin from The 100 (I was binging the show the week I took him home and he was confused as TV people kept saying his name.) He’s a snuggler when he sleeps which is ALL THE TIME. We take long walks and our current favorite thing is prancing through the leaves together. He falls asleep in the strangest position. He once fell asleep half standing on my shoulder.” 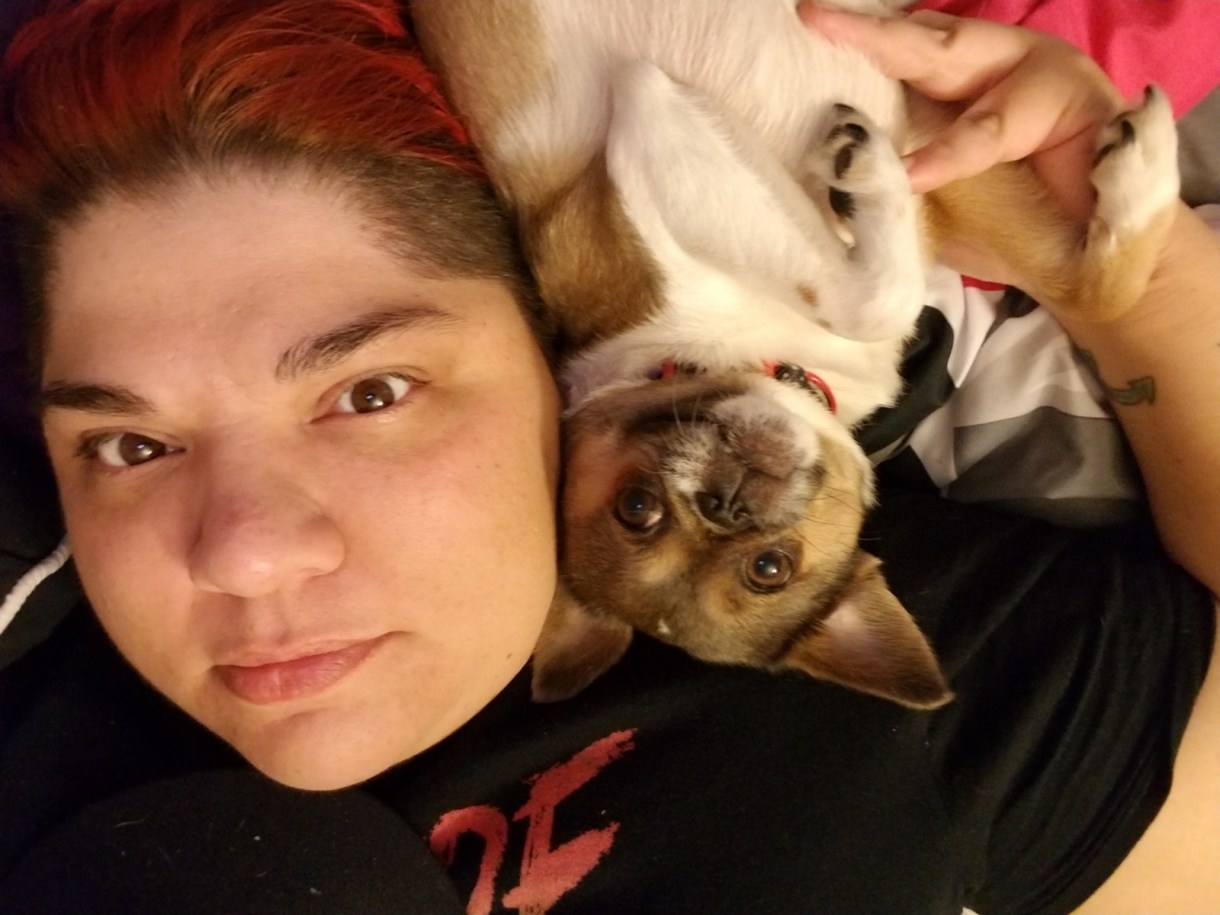 “Pixel was the unwanted one in her litter. Being a Peekingese/Mini Pin mix, she was the only short haired one and no one wanted her so we adopted her. The first half of her name is after a video game character (Guild Wars 2) and the second half is because of the single white dot or pixel on her forehead.  She’s not the brightest dog, as she tends to trip over her own feet, run into walls,  and bark at her own reflection, but she’s always up for a snuggle if I’m feeling down.” 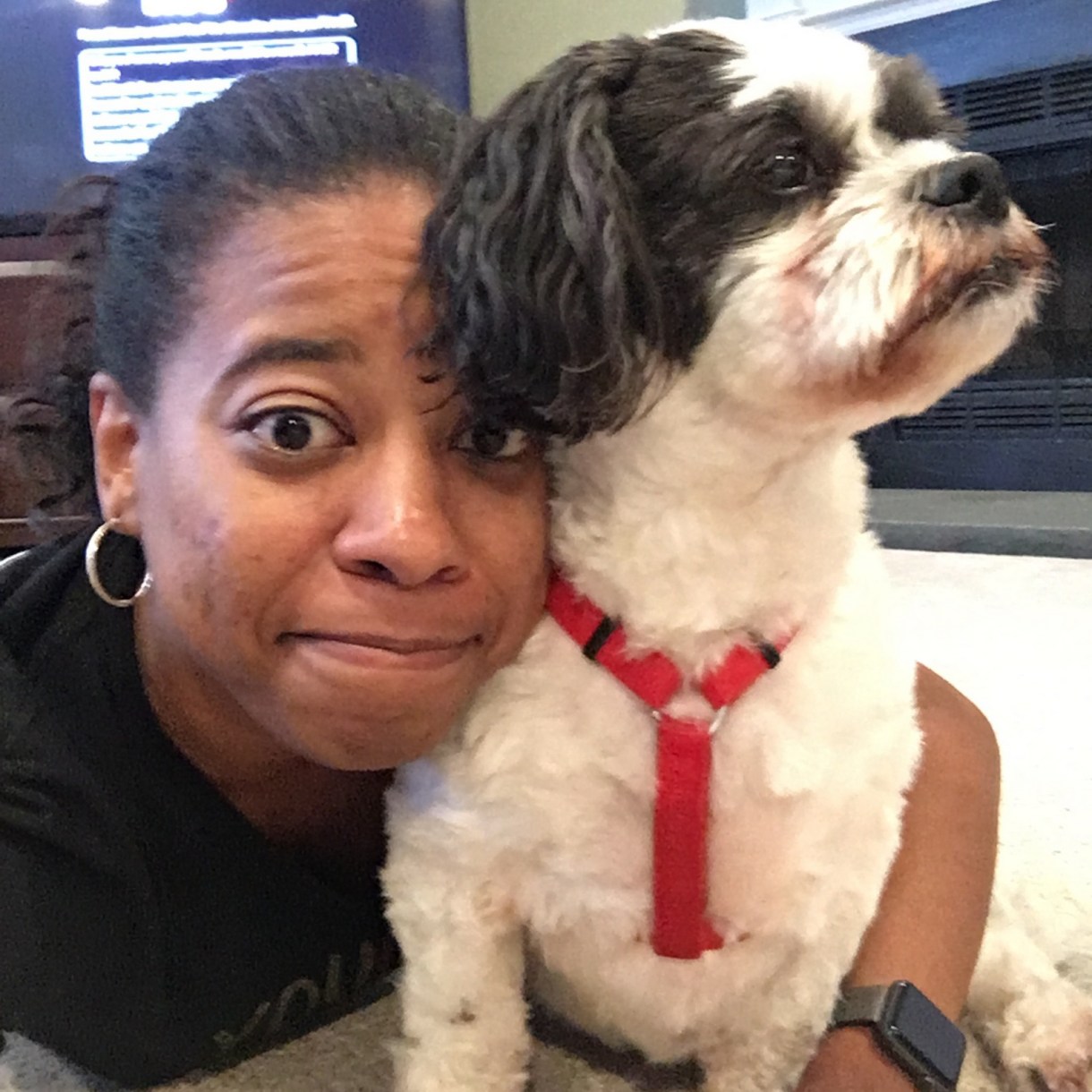 “So Oreo is technically my Mom’s dog. She got him when my brother and I moved out in an effort to replace us I guess?? Well joke’s on her because now that they have him, I’m at the house more than ever.” 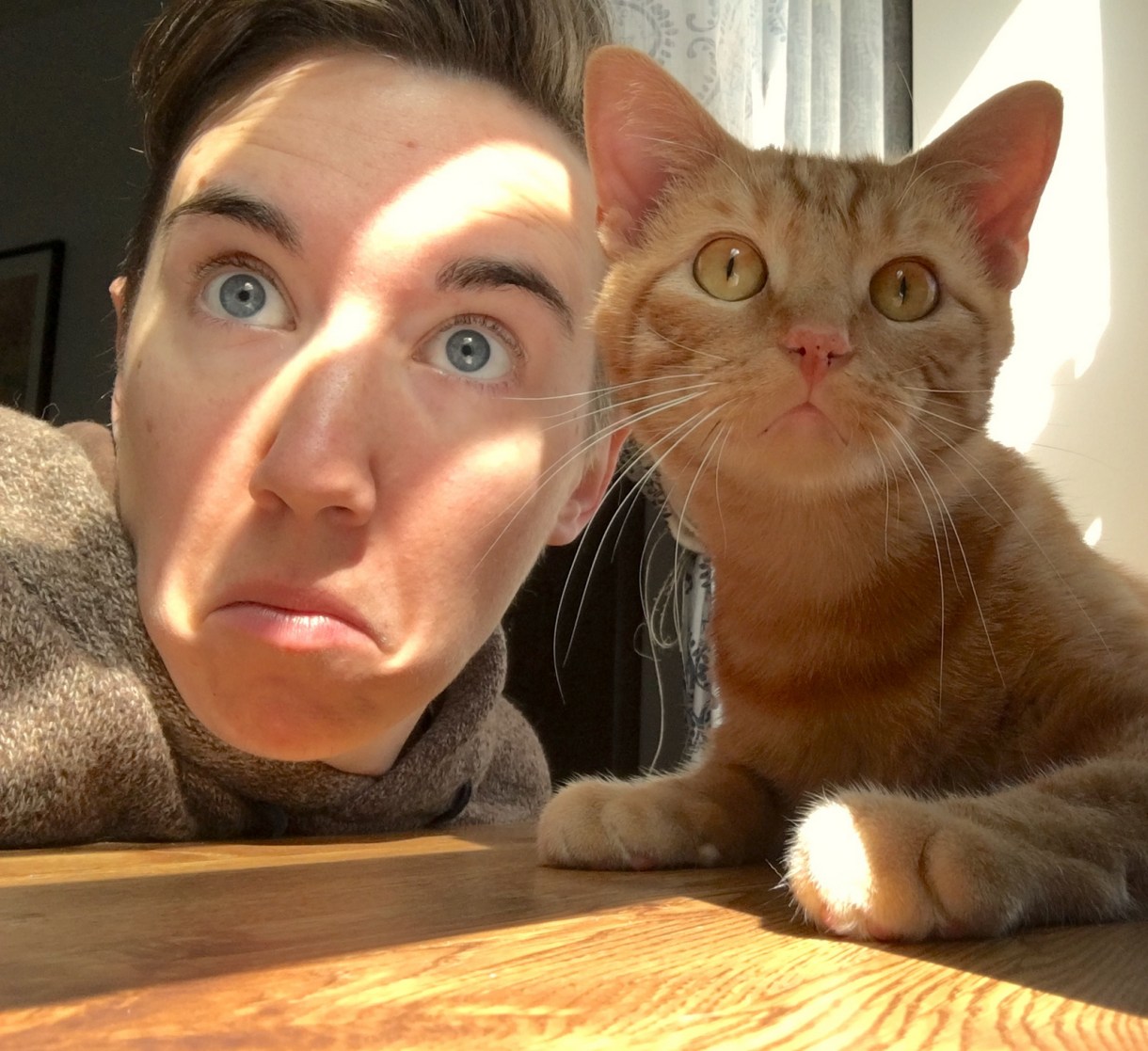 “I adopted Giles from the local no-kill cat shelter two years ago. He’s named after one of my favorite Buffy characters, Rupert Giles. He’s currently going through his Ripper phase, so my slayer training is on hold until he gets to his stuffy librarian phase. He’s so friendly and so good at head boops. And he likes – er, tolerates – being held which is important to me as I insist on picking him up every day. His favorite thing is to snuggle and nap. And talk. He likes to talk a lot. His weirdest habit is pulling out the hair on his little back. We aren’t sure if there’s something he’s allergic to or if it’s an anxious response. But he sometimes has bald spots and it’s very worrisome.” 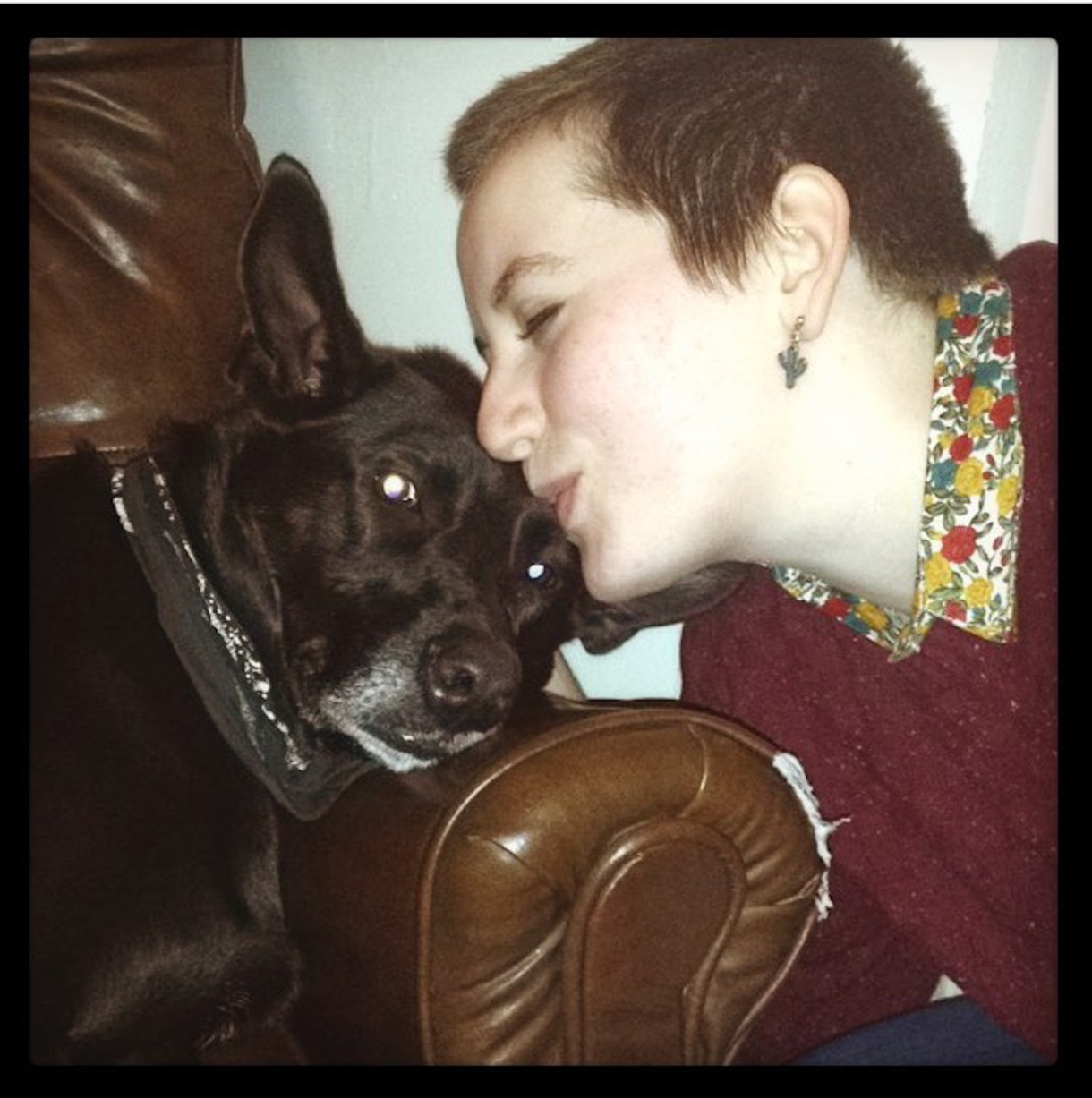 “Lady Bird is my dog-niece. She belongs to my best friend, but I lived with her for a year and she slept in my bed every night. My favorite thing about her is she makes a great little spoon to my big spoon. The best thing she ever did was wake me out of a night terror. She looks like a hell hound but is actually the biggest most sensitive baby.” 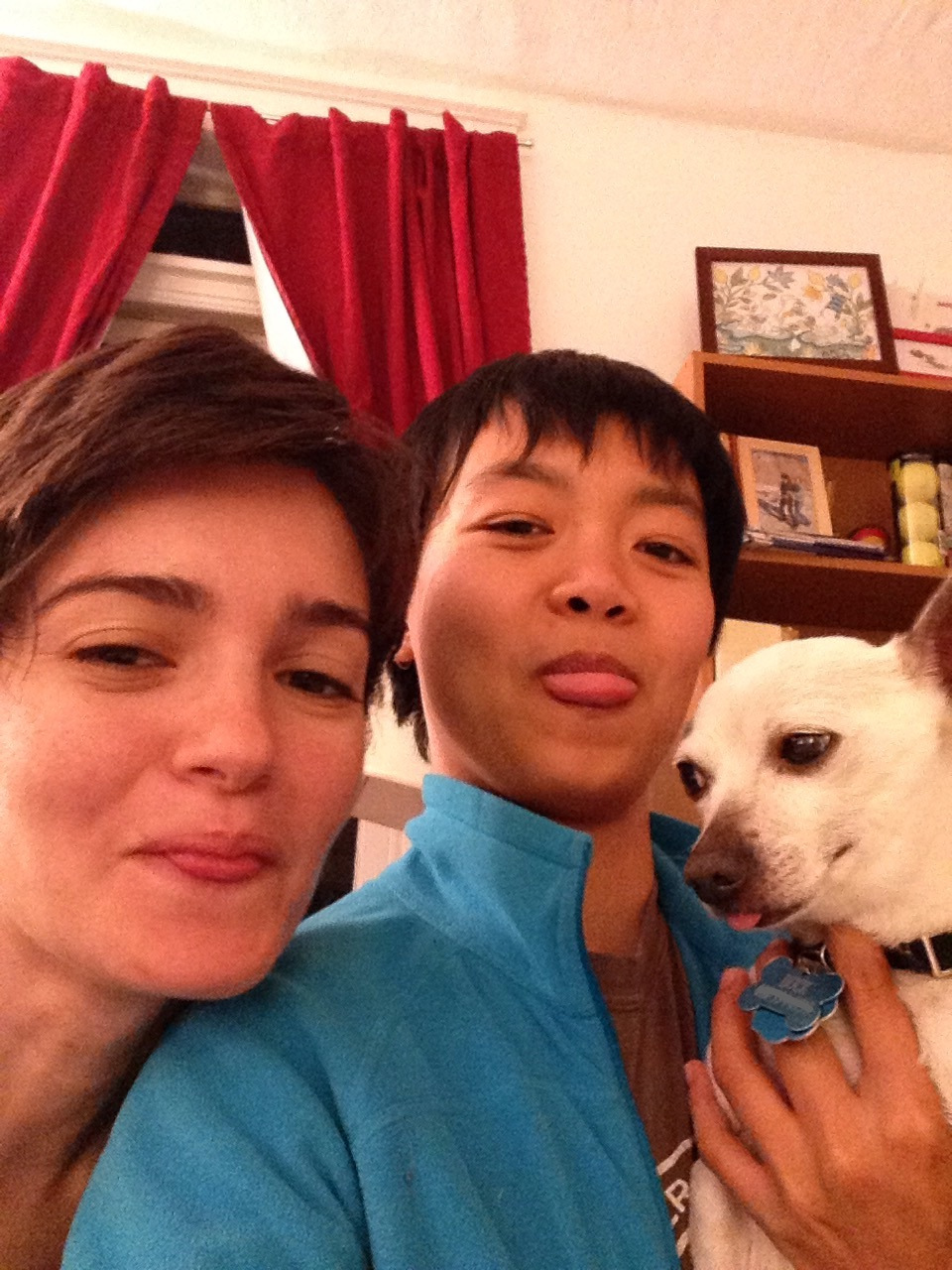 “Buck had his front teeth taken out, and now his tongue sticks out sometimes. Chau has taken care of him his whole life. He camped with us when we drove from CA to MI. He’s our favorite grumpy old white man. Chau just built him his first doggie door!” 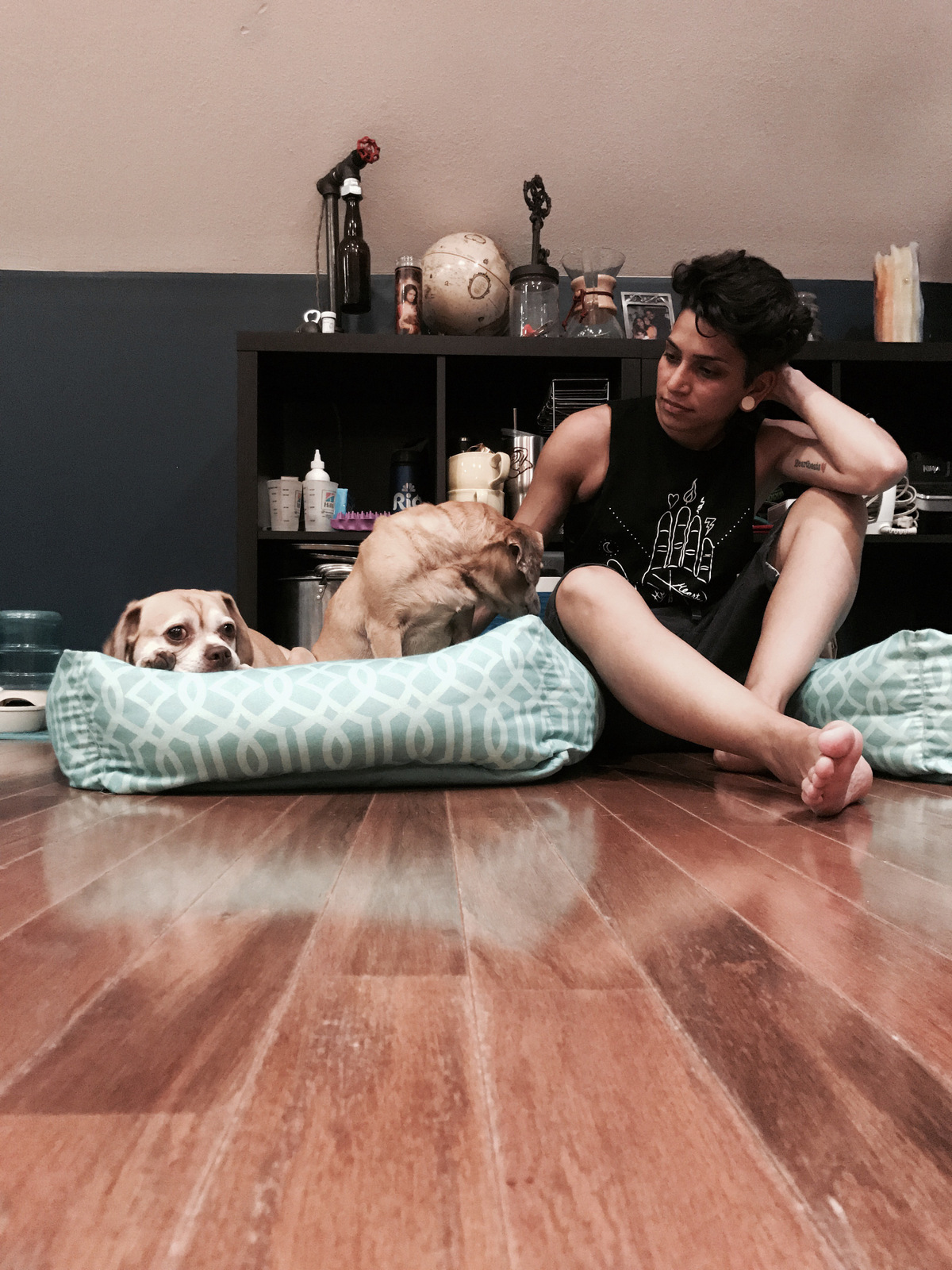 “Arnie’s birth name was Annabelle. I’m not exactly sure how she identifies. She responds best to Arnie and I support her any way I can. Arnie always smells her butt in photos. There’s nothing I can do about it… sorry. This is my family after a long day of house work and lounging in the sun. I love my little family.” 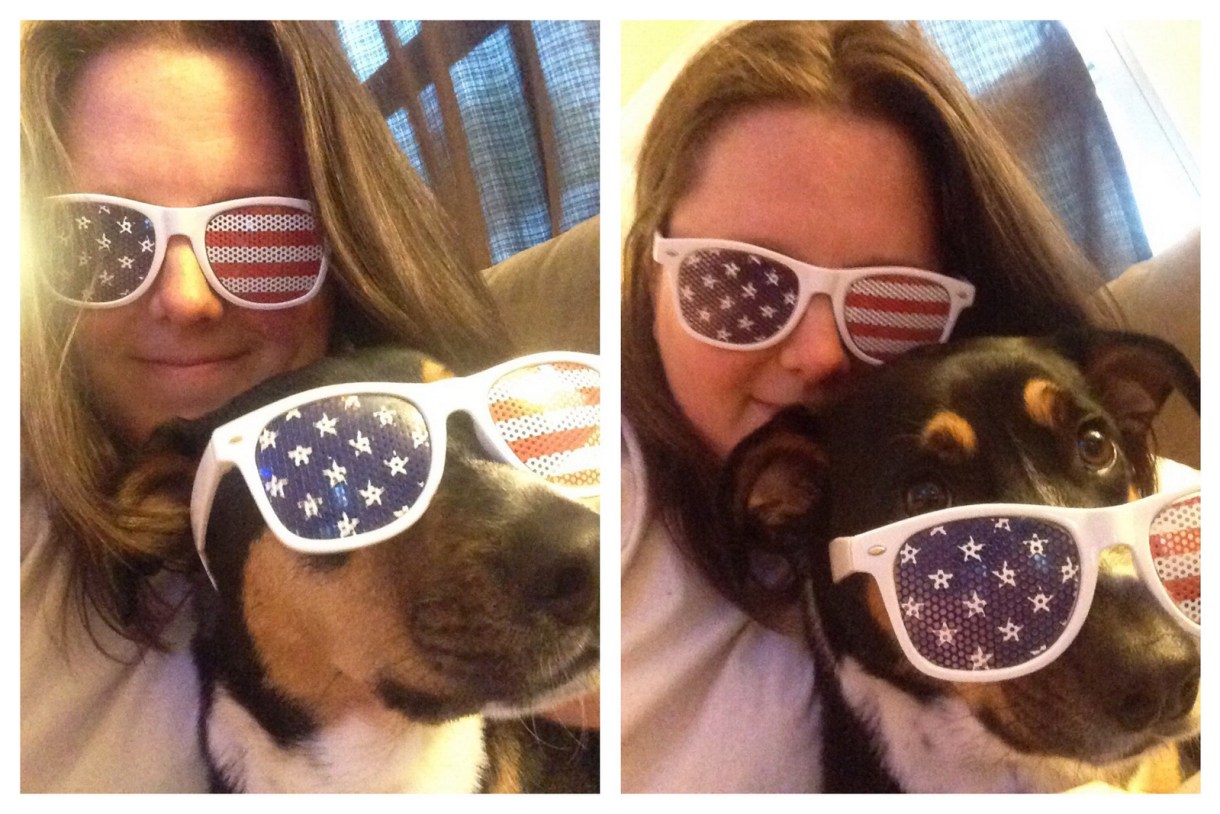 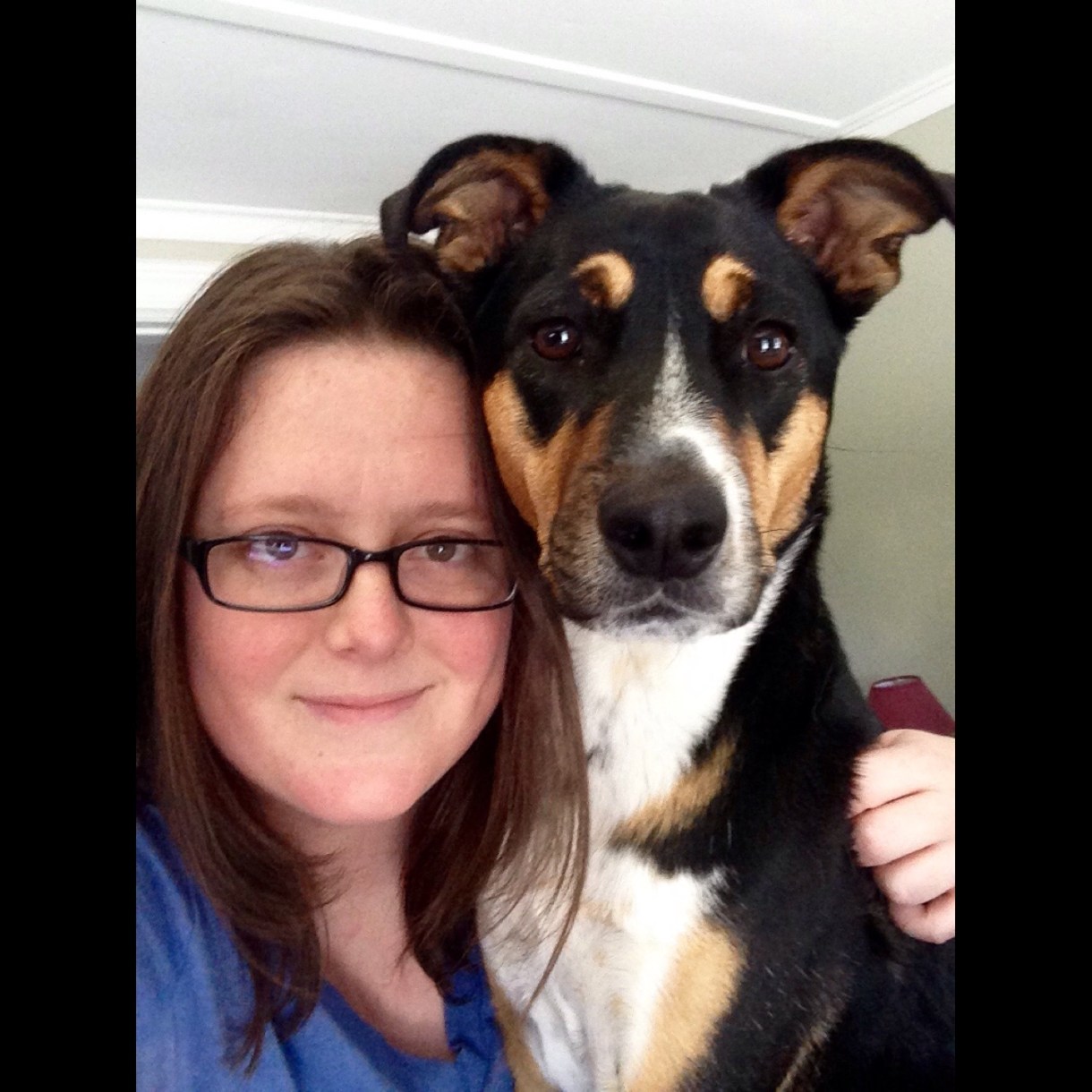 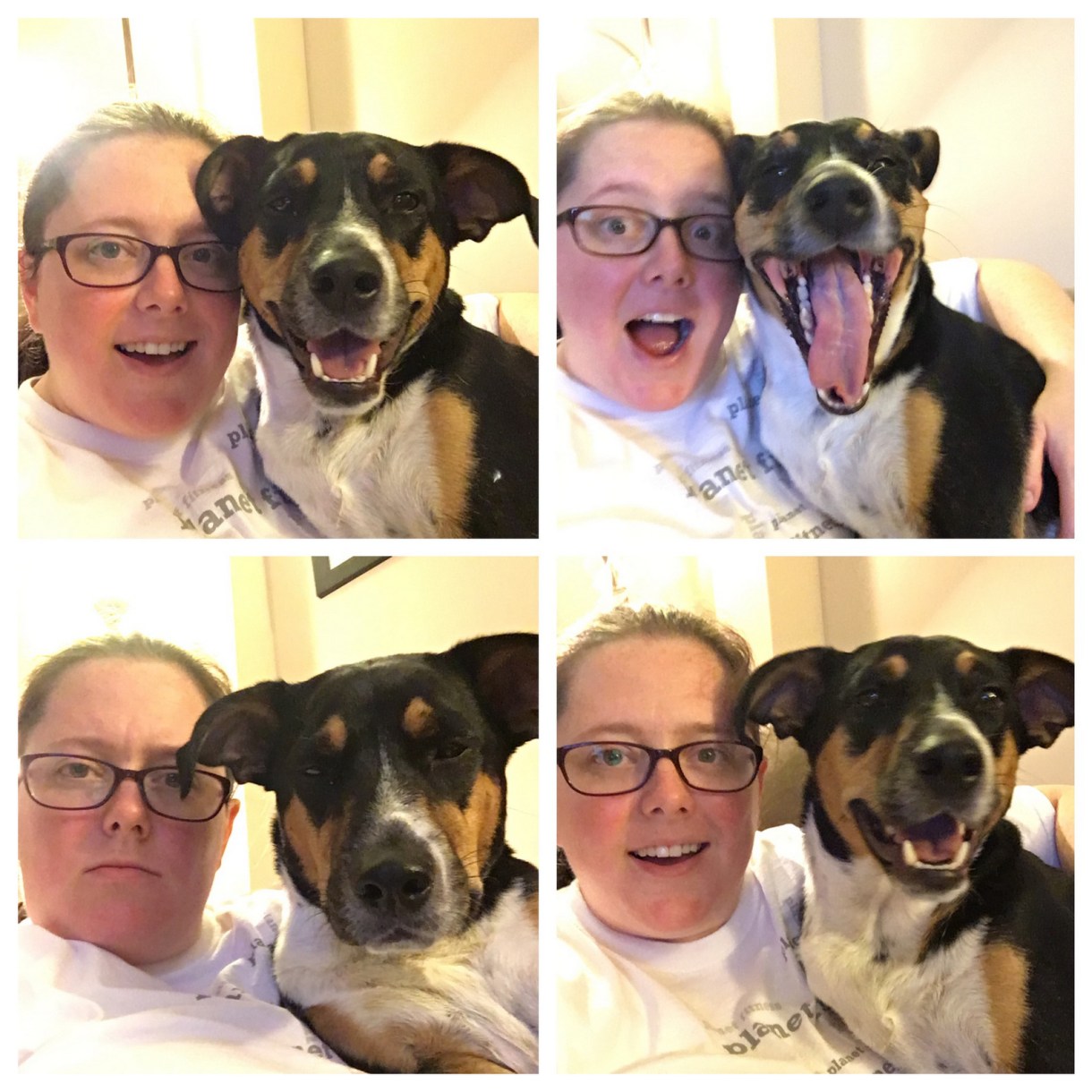 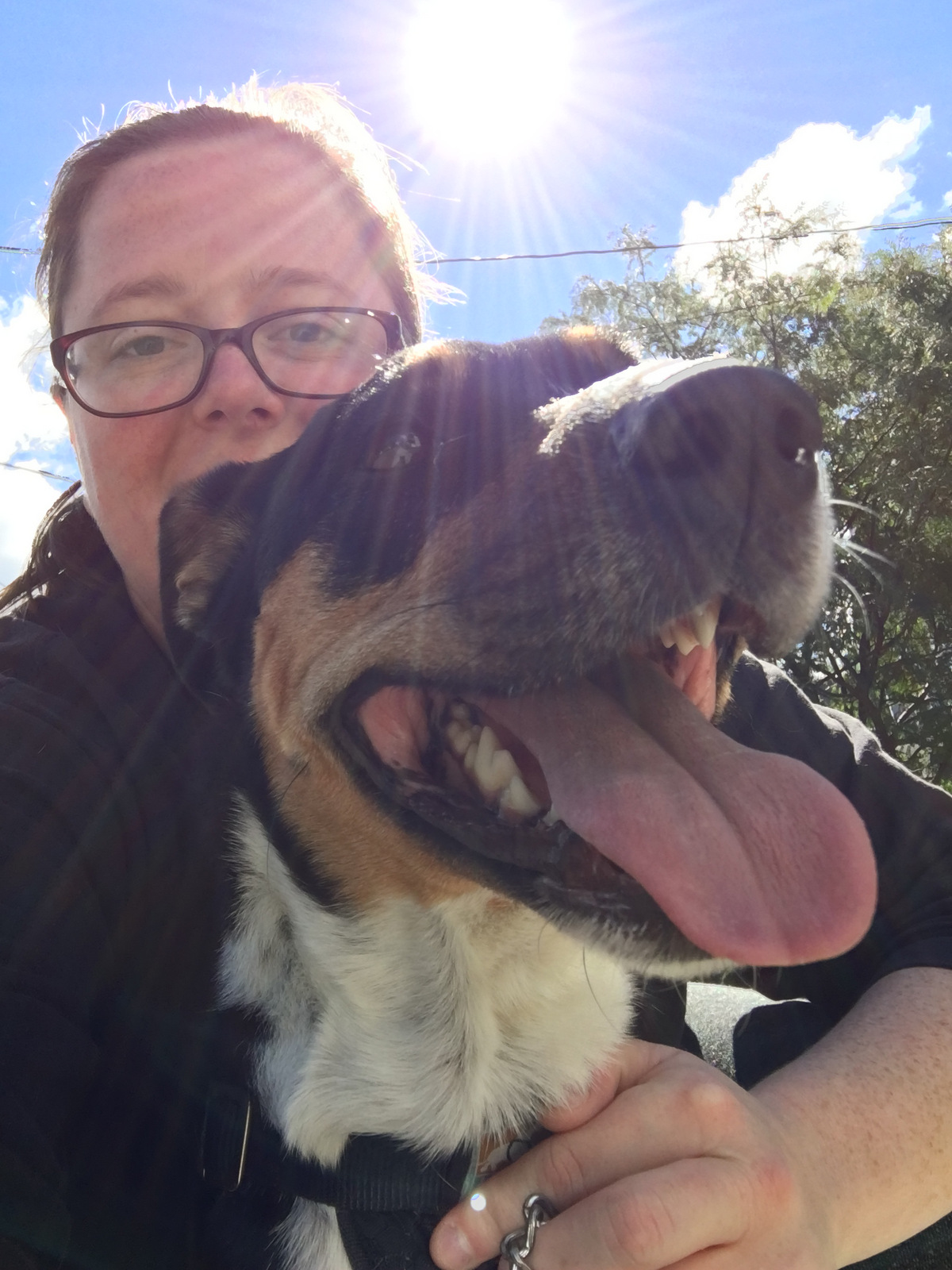 “Brice’s preggo momma was brought into a rescue two days before giving birth to him and his seven siblings. I brought him home at 9 weeks old, and he’s named after Williams-Brice Stadium, the football home of the University of South Carolina Gamecocks. Loves: lap snuggles, peanut butter, long walks, catching snowballs, spazzing over bully sticks,  and butt scratches.  Fears:  strange bearded men, tape measures, the basement, rolling suitcases, elevators, and getting rained on. He’s the weirdest weirdo I’ve ever met, and I love him more and more every single day.” 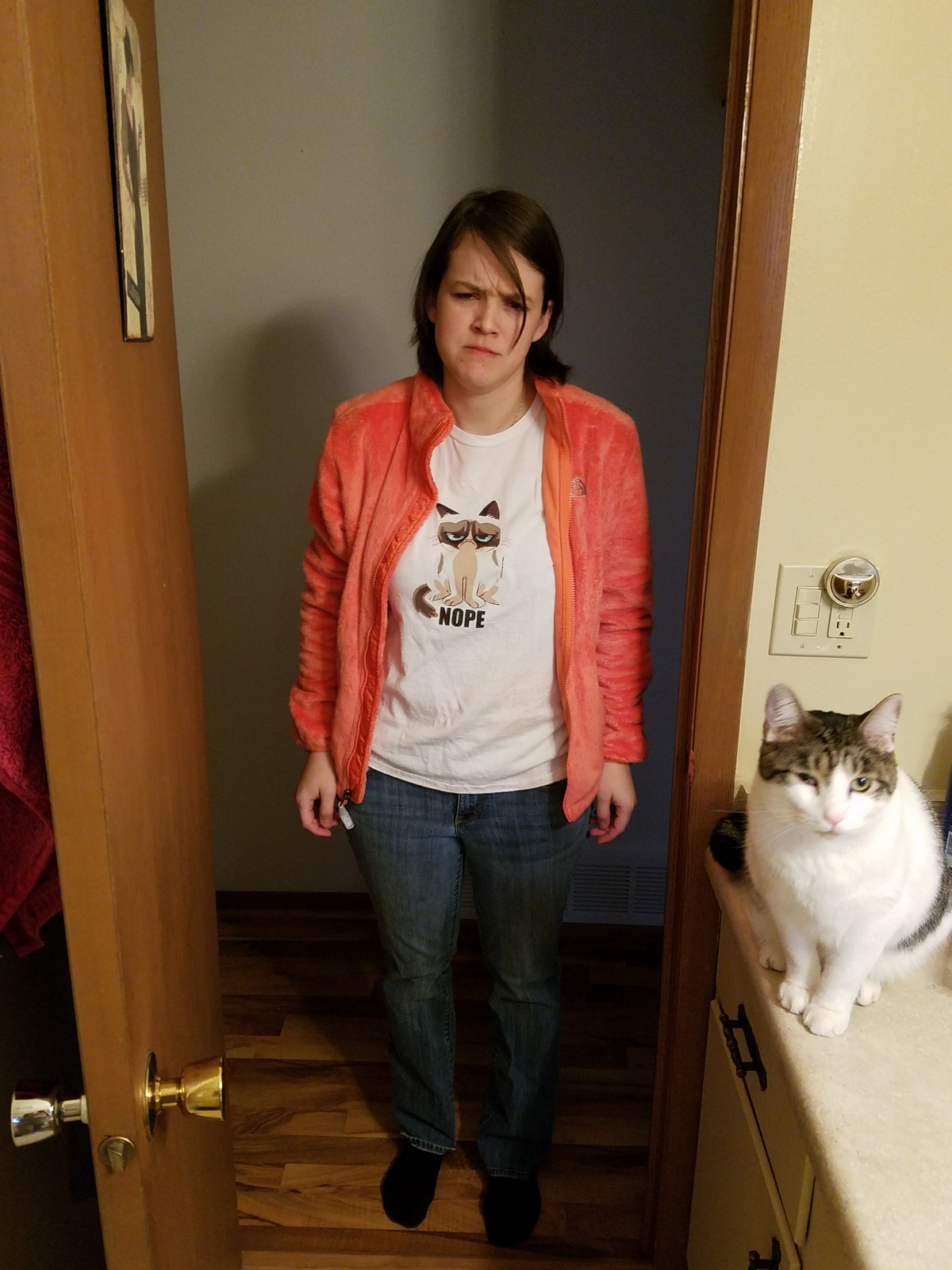 “He looks a lot like our cat, Scrappy, so we went with the name Scooby. The best thing about him is that he loves to snuggle. His weirdest trait is that he likes to chew on everyone’s hair. He will ninja walk on the back of the couch and start chomping on hair.”