Just Kids is the first book to ever make me cry. Not just shed a little tear, but to leave me sobbing and shaking on a crowded Sydney bus before I even reached the first chapter. The foreword was intense!

In said foreword, Patti Smith recounts the moment she discovered her former lover and collaborator Robert Mapplethorpe had passed away from AIDS-related complications.

“I was asleep when he died. I had called the hospital to say one more goodnight, but he had gone under, beneath layers of morphine. I held the receiver and listened to his labored breathing through the phone, knowing I would never hear him again. Later I quietly straightened my things, my notebook and fountain pen. The cobalt inkwell that had been his. My Persian cup, my purple heart, a tray of baby teeth. I slowly ascended the stairs, counting them, fourteen of them, one after the other. I drew a blanket over the baby in her crib, kissed my son as he slept, then lay down beside my husband and said my prayers. He is still alive, I remember whispering. Then I slept.”

On March 8, 1989, the day before he passed, Robert asked Patti to tell the world their story. That’s what Just Kids is: an account of Patti’s and Robert’s life in New York during the late 60s and early 70s, a time when everyone worshipped Andy Warhol and listened to the Velvet Underground. It’s about the evolution of two young outsiders, both as artists and humans, who struggled between the need to eat and create and who strived to build the world they wanted to live in.

Just Kids made me feel similar to how I felt when I read Jack Kerouac’s On The Road for the first time. I was quickly sucked in to the romance of young artists trying to find themselves and their place in a world that labeled them eccentrics and outcasts.

There are moments when Just Kids reads like a roll call for 60s and 70s music, art and literary legends. It’s peppered with anecdotes featuring everyone from Jimi Hendrix to Janis Joplin to Salvadore Dali. At one point, Patti recounts how Allen Ginsberg bought her a sandwich because he’d mistaken her for a pretty boy. It’s a tale that would probably seem far-fetched if it weren’t described so vividly that you could have been there.

Just Kids opens with Patti’s teenage years, detailing how she fell pregnant out of wedlock and put the child up for adoption. Her mother encouraged her to become a waitress. However, having spent her teen years immersing herself in art and poetry volumes, Patti knew her calling:

“I longed to enter the fraternity of the artist: the hunger, their manner of dress, their process and prayers. I’d brag that I was going to become an artist’s mistress one day. Nothing seemed more romantic to my young mind. I imagined myself as Frida to Diego, both muse and maker. I dreamed of meeting an artist to love and support and work with side by side.”

It was 1967 when Patti left Philadelphia for New York, a “real city, shifty and sexual.” She was only 20 years old. She had few friends and no money. She found shelter on park benches, in subways and in graveyards, and she relied on strangers for food. Observing that “Romanticism could not quench my need for food. Even Baudelaire needed to eat,” Patti found work at a bookstore. It was there that she met Robert Mapplethorpe.

Robert and Patti moved into a Brooklyn dive, and with no radio or television or money for entertainment, they spent long hours sitting side by side, sketching or telling stories. When they weren’t out earning money, they were at home creating. They would take turns at being the breadwinner: One would go out and find work so that the other could stay home and hone their art. Robert and Patti were poor but deliriously happy. They didn’t need anyone or anything but each other.

“We would visit art museums. There was only enough money for one ticket, so one of us would go in, look at the exhibits, and report back to the other.”

Patti and Robert formed an enviable partnership, one built wholly on trust and acceptance. They inspired each other and encouraged each other’s artistic and personal growth. Even years later, when Robert had come out as a homosexual and started hustling, they loved each other unconditionally and vowed to spend the rest of their lives creating and collaborating.

“Nobody sees as we do, Patti,” Robert said. Whenever he said things like that, for a magical space of time, it was as if we were the only two people in the world.” 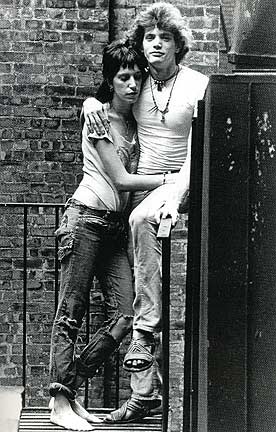 In the summer of 1968, Patti moved out. Robert had become distant and irritable (“He never ceased to be affectionate to me, but he seemed troubled.”), and he informed her that he was going to San Francisco to find out who he was. If Patti didn’t travel with him, he threatened he would “turn homosexual.”

“There was nothing in our relationship that had prepared me for such a revelation. All of the signs that he had obliquely imparted I had interpreted as the evolution of his art. Not of his self. I was less than compassionate, a fact I came to regret… I felt I had failed him. I had thought a man turned homosexual when there was not the right woman to save him.”

Not long after Robert returned from San Francisco, they moved into the Chelsea Hotel, which Patti refers to as her ‘university.’ At the time, it was a community of poets and musicians and painters who had bartered their work for cheaper rent. Patti and Robert lived and learned alongside eccentrics who “had written, conversed and convulsed in these Victorian dollhouse rooms. So many transient souls had espoused, made a mark, and succumbed here.”

The Chelsea Hotel is only the beginning of Patti and Robert’s story. While Robert’s homosexuality eventually forced him and Patti to cease their sexual relationship and redefine their love, their creative partnership grew stronger than ever. They opened up their world to let other characters in and unknowingly created legends. As Patti recounts how she sat on the floor of Janis Joplin’s Chelsea Hotel suite, watching Kris Kristofferson serenade her with “Me and Bobby McGee”, she reflects:

“I was there for these moments, but so young and preoccupied by my own thoughts that I hardly recognized them as moments.”

She has now, and she’s recounted them so beautifully and vividly. Have you read Just Kids? Did you like it? Love it? You can buy the book here. 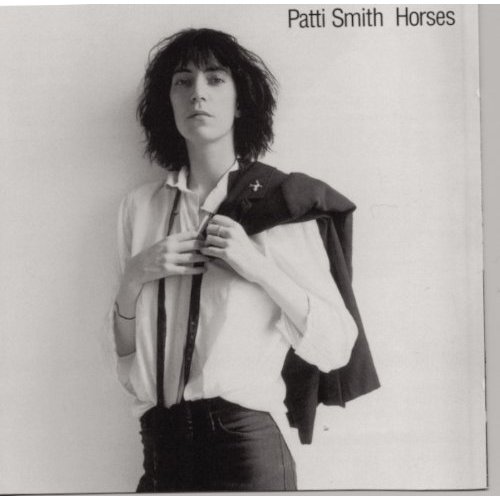