Note: This piece was originally written for and read to a live audience at the A-camp 5.0 staff reading. Edits were made to remove the names of the other shooting victims from print. 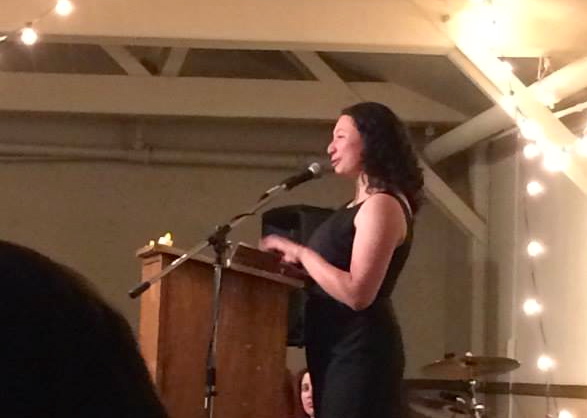 The pavement was wet that night. The air was warm and the desert seemed to stretch infinitely onwards in every direction. Through the passenger side window, I watched as lightning bolts from storms over 100 miles away collected like static along the edges of the night sky. In the rearview mirror, a pair of dim headlights flickered into view, growing steadily brighter as I nodded off to sleep. My two friends and I were on the last leg of our road trip, driving through the night to get back to Austin, Texas. Everything was quiet, everything was calm, everything was right with the world. Then, suddenly, everything was not.

Around 4:20 a.m. on May 26, an armed gunman pulled up beside us and opened fire on our vehicle. A brief car chase ensued. I slid down in my seat and called 911, sputtering out identifying information and frantically trying to read off street signs as they hurled themselves away from our car. Shot after deafening shot ripped through the humid air. The thuds shook our car as bullets sank into the metal frame — the rear, the left back, the driver’s side door, the hood. 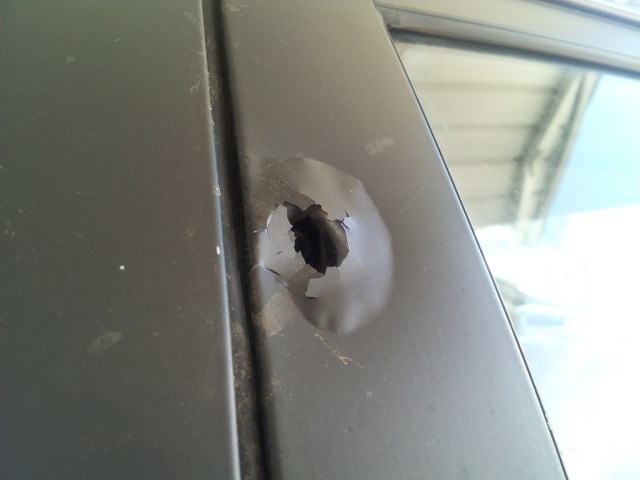 Bullet hole in the car frame.

When a round finally made it through the window, shattered glass filled my vision as the howling night flooded in. The bullet shattered my phone, took out a chunk of my left wrist, and knocked out a dozen of my teeth. Our driver slammed on the brakes, whipped us around, and hid us in a used car parking lot, lights off. We bent our bodies in half to avoid being seen and waited in the dark for someone to arrive. I saw the headlights as the shooter slowly drove past, searching. They didn’t see us. Instead, they continued down the road. By the end of the night, the shooter hit five people, killing one, before finally being gunned down by a local ranger.

In the emergency room they cut my clothes off. I’d been wearing a cute black, knee-length, rayon A-line dress that I’d bought at Uniqlo just two weeks prior. I was very sorry to lose it. The nurses hooked me up to an IV and placed a vacuum hose between my lips to keep me from choking on my own blood. While they picked out the shards of teeth and glass from my hair, I focused on their name tags. As they wiped me off with a sponge, I complimented their teamwork and tried to make small talk, writing words on a pad of paper when the newly jagged terrain of my mouth meant that I couldn’t make the sounds. I was alone, and what would happen next depended entirely on a bunch of strangers. The only thing I could think to do was try and get them to like me. 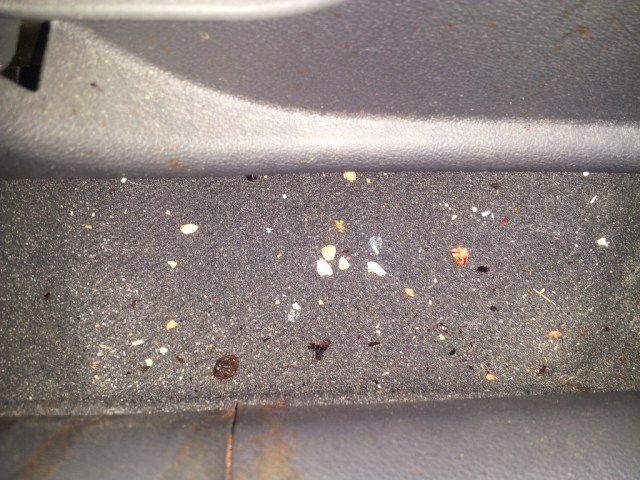 When they rolled me in for the EKG, they told me that it would be okay to cry, which I hadn’t yet, not once. I wondered if that was what a person in my situation was supposed to do. I wondered that a lot in the following weeks and months as I recovered. I drifted in and out of consciousness on my parents’ couch, watching the pundits on an endless loop discussing Michelle Bachmann, and wondered — if my last name was not Mandanas, if the other names involved did not sound similarly Hispanic — would they be talking about us? Did I even want that?

How is it possible that we’re all so deep into American gun culture that it’s no longer considered newsworthy when an active duty soldier leaves his base on Memorial Day Weekend to go on a cross country shooting spree? I still can’t quite wrap my mind around it — except to say that when I turn on the TV or go to the movies and see the massive amounts of casual violence we’re exposed to, it doesn’t seem so far out of reach. What used to bore me now leaves me shaking and crying. And I’m actually very lucky. Because of my various privileges, this will probably be a one time event in my life. Some people have to deal with this day in and day out. 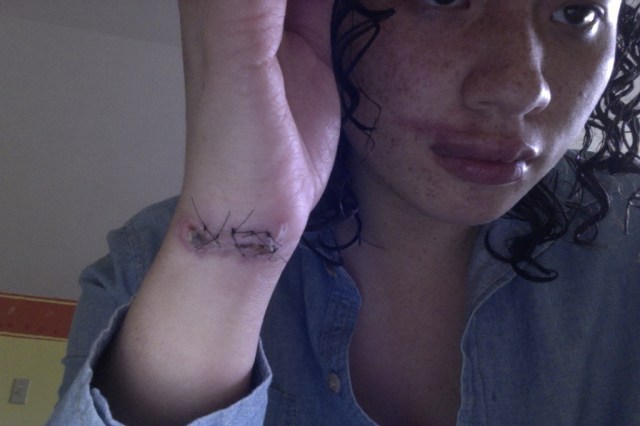 It will be one year since the shooting this Monday. Again, I’ll be in transit — on the shuttle bus from camp to the airport, then Delta flight 2362 to New York, and then a yellow cab into Brooklyn. In three weeks, I’ll get on a train to upstate New York to start the last round of surgery, finally getting implants to replace the seven teeth I’m still missing.

Thank you for being here with me.