If there’s one thing I love more than stories about women with swords and also dragons, it’s — nothing, actually. I don’t love anything more than stories about women with swords and also dragons. Unfortunately, Game of Thrones, the most popular TV series of the past decade, which featured plenty of both, was completely unwatchable to me because of the way it endlessly tortured every lady in every land. The writers never managed to give a convincing reason why all the sexual assault was necessary; they just kept saying it was, you know, realistic for the time period. The time period of MAKE BELIEVE. And so, it is with deep trepidation that I tell you HBO’s prequel, House of the Dragon, which landed this week, is hinting at love between two queers. Love that was confirmed by some of the show’s leads.

Our esteemed Culture Editor, Shelli Nicole, loves this new series already and is going to give you the full rundown you’re jonesing for next week — but, for now, let me tell you about these queers. 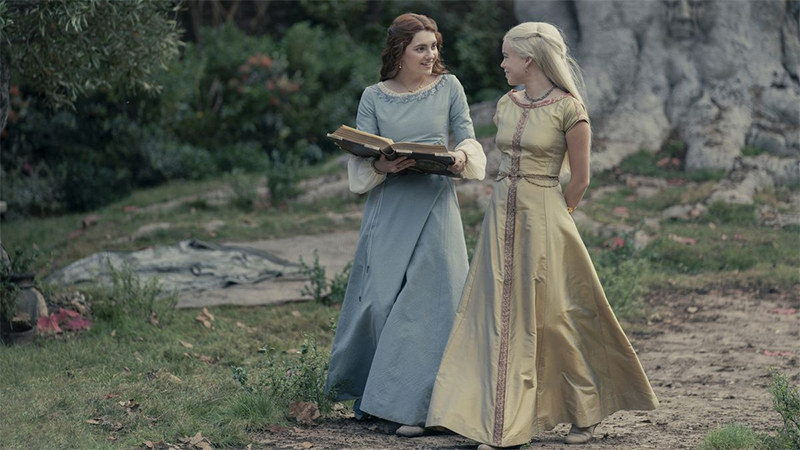 Emily Carey, who is queer IRL and plays young Alicent Hightower, read House of the Dragon‘s pilot and knew, “as a queer woman,” that Alicent had a thing for young Princess Rhaenyra Targaryen. In “The Heirs of the Dragon,” the two canoodle like all queer middle school gal pals do: heads in laps; sweet, stolen glances; buttoning each other’s regal clothings up and down. They’re the only two young women in the Red Keep, which I don’t have any experience with, but I do know what it’s like to be best friends with the only other lesbian on your Little League team, so probably it’s similar. So charged, so fraught, so gentle and angry and fragile and perfect. There’s nothing else like it. 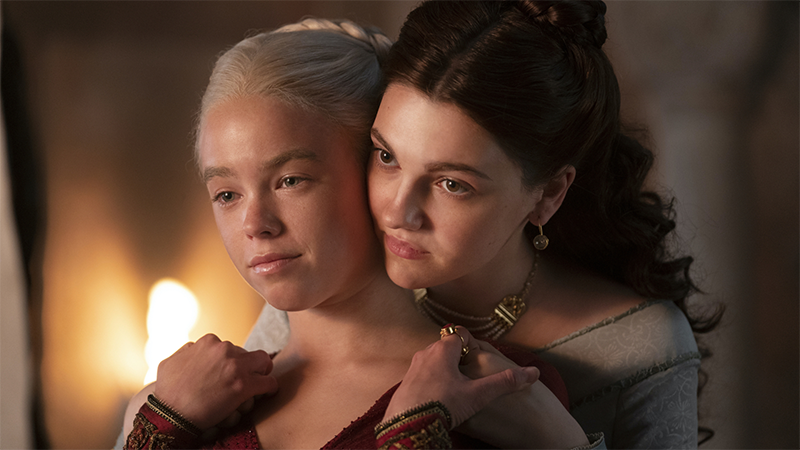 On the whole, reception to House of the Dragon has been mixed. While the writers have said they’re not going to go all in on rape like the original, they don’t plan to shy away from brutalizing women. Aja Romano over at Vox contextualizes the pilot’s violent birth scene within a modern reproductive justice conversation: “The show wants us to understand that this is a world where women’s choices and even their bodily autonomy are severely limited. It’s a world that has abruptly become identical to ours in one respect: in post-Roe America, the state can now prioritize the life of the unborn child over the life of the mother.” In a word, it is, “torture.”

It’ll be interesting to see where the series takes Alicent and Rhaenyra’s relationship. At least we know they both survive their young love, for now, because the adult versions of them are also on the show. Keeping them alive is literally the least House of the Dragon can do.