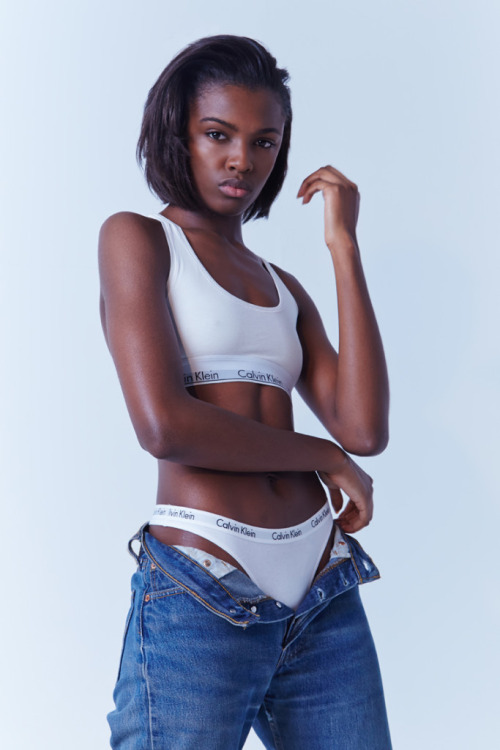 Welcome to NSFW Sunday! I’m on the mountain this week, so please enjoy the following smut.

“She glances to where I just was and sees my small stack of books, but she lost track of me. Her eyebrows curl for just a moment, and she glances around the other direction but there’s no one there either. We’re alone—she thinks she’s alone. I hold my breath and try not to move. I know it’s voyeuristic of me, but she is in public. She must know someone could possibly see her. That must be part of the thrill.

She shifts, knees together, pulls her feet closer to her body, and I catch the sight of her simple white cotton panties between her legs, thin, so thin I can nearly see through them. She pushes her skirt up her thighs just a bit farther and slides her hand into them. The fabric strains.

Her fingers move slowly and she keeps her eyes on the pages of the book. Clearly a good one, I wonder what she’s reading, if its contents are queer or kinky, if she’s thinking about the taste of sweat and salty skin, the sounds of moans that emerge out of places where bodies collide, the sight of a fist disappearing at the wrist, the sting of an open-palm smack on the ass or cheek or cunt, the scent of desire, like musk, like the ocean, like a fertile ground.” 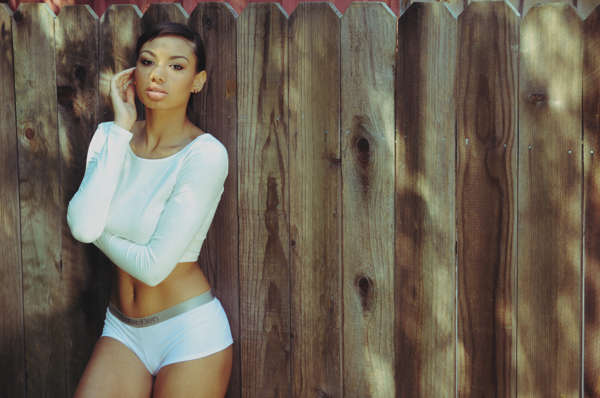 + From Shanna Germain’s “Here And Back Again” in Girl Fever: 69 Stories of Sudden Sex for Lesbians, edited by Sacchi Green:

“Annie’s leaning against the sink, watching me close and lock the bathroom door. She says something, but I can’t hear it over the liquid pounding in my veins. I go to her, waves of wanting streaming off me, powering me forward.

We don’t kiss, not on the mouth. I don’t know why. Maybe that’s too real, too close to something. But we put our mouths everywhere else, on necks and shoulders, on palms and the hollows of throats. We are rough and tumble, grab and pull, closed eyes and open lips.

We have learned how to fuck without getting naked, without looking too closely, with our backs to the mirror. She grabs the bottom of my shirt and pulls it up, her nails scratching my sides. Her hands are down my pants even as mine are opening hers.” 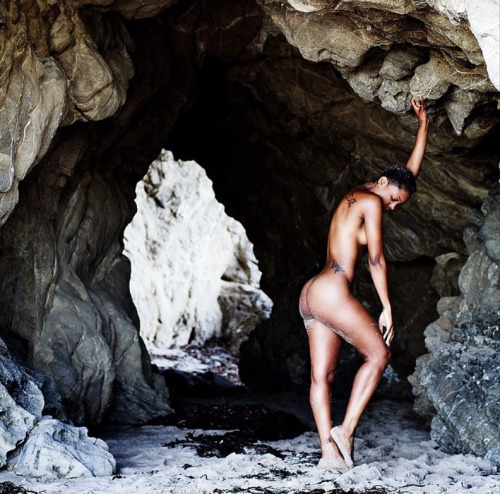 “Sensations overwhelmed Regina—the sweet ache in her breasts sending pulses of pleasure to her core, her clit throbbing with the steady pressure of Maxine’s thigh. Maxine slid Gina’s suit bottom off, and then she moved her leg and let her fingers slip into Regina’s pussy, slowly circling her clit.

She gripped Maxine and pressed, moving against her hand, needing more. She stroked Maxine’s ass. Somewhere in her mind she wanted to do more, wanted to give more, but only the growing pulse in her pussy and blood existed.

Maxine’s fingers played with the folds of Regina’s sex, slipped through the gate to test her, then began the slow, deep stroking, in and out, steady and sure, as her thumb coaxed the clit. All Regina managed was to cling to Maxine as her hips matched the rhythm. The gyre of pleasure grew, the thrum in her body deafened, and as her nipple was pulled and sucked, and long slender fingers filled her again and again, Regina knew only the strokes and the sweet reaching oblivion that seemed so imminent, but maddeningly far away.” 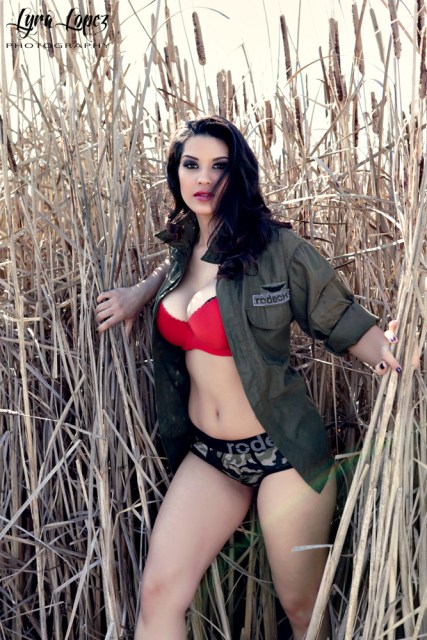 + From Miel Rose’s “Farmhand” in The Harder She Comes: Butch Femme Erotica, edited by D.L. King:

“She reached into the nearest pack and pulled out a bottle of lube, squirted some onto her glove. It must be some kind of natural law that lube is always cold at first, even on hot days. I felt my ass clench around the tip of her finger at the shock of it. Her teeth locked around my nipple and a noise I didn’t recognize as my own escaped my throat. She slid another finger up inside me and started fucking me with short, hard thrusts, her fingers pushed in as far as they could go. Her hand hit my perineum with each stroke, sending dull hammer blows of pleasure along my nerves.

I got lost in the conflict of feeling, her sharp wolf teeth chewing my nipples, the dull thud of her fingers fucking me, the fullness in my ass as she slid a third finger inside me. Every sensation seemed to be set on overwhelming me with its intensity, till I never wanted it to end and simultaneously prayed to come, fearing I might burst some organ with all that pressure building inside.” 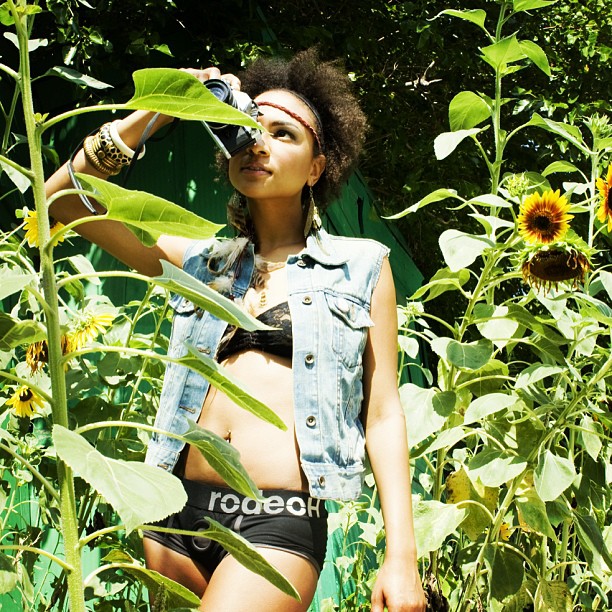 “Her thrusting sped up, intermixed with kisses and caresses. I clawed my fingers into her back as her breasts pressed against mine. I wrapped my legs around her waist, letting her in deeper, thrusting back and making her moan even harder.

‘Christ, you’re going to give me friction burn,’ she said with a throaty chuckle. But then words escaped her as she moaned again, in time with me. I wrapped my arm around her shoulders and rested my head against them. My hand snaked toward her beautiful breasts. I could feel her heartbeat quickening.

Her cock pressed against me, against her. She went faster and faster and sweat dripped over our bodies and moans filled the air. 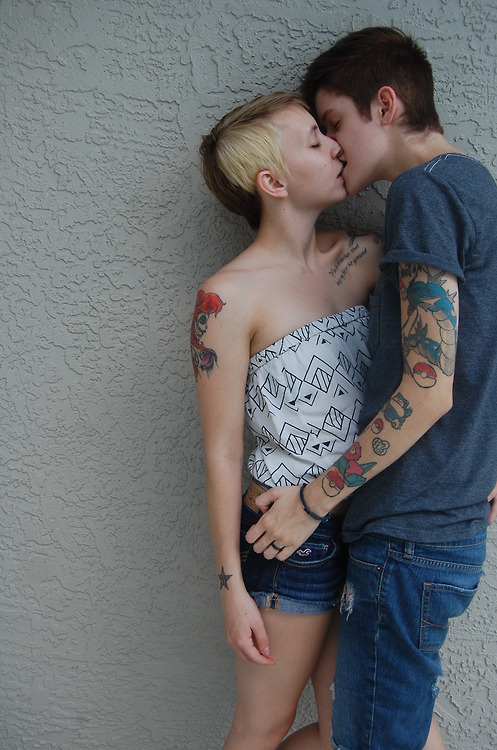 + From Debra Anderson’s “In The Bush,” in Girl Fever, edited by Sacchi Green:

“Sasha comes back at me with three fingers and I’m full with her, twisting against her as she fucks into me, slow at first and then fast. I let everything else go except the shape of her above me, the feel of her inside of me. I’m rooted to the ground by Sasha’s fingers pumping into me, my cunt clutching at her.

She pushes her tongue deep inside my mouth. It’s so full I feel like I can’t take any more of her and I struggle to breathe and then relax into her. She pushes deeper into my mouth and I suck at her, desperate. Sasha pulls hard at one of my nipples, and it’s like she’s ripping out a bright string of light that surges from my chest. I come spread-eagled underneath Sasha, my legs straining against the air mattress, this pulse in my cunt ebbing through me like someone’s dropped a huge, heavy rock in a lake and a million circles are pushing outward in the water, each one almost pulling me under, insistent. She pulls her hand out slowly and wraps her arm around me. I curl up against her, drifting off to the sharp smell of bug spray, the faint coconut scent of her sunscreen and the campfire’s smokiness deep in the roots of her hair.” 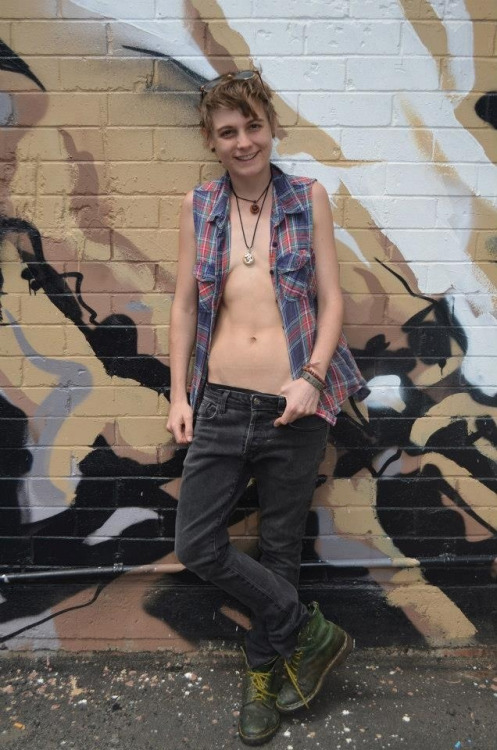