Hello, rogue ones! I finally saw the new Star Wars movie on Christmas day with my family, and boy did that scene where they lined up the Death Star engineering team give me all kinds of feelings. On the one hand, in a franchise that is clearly pushing themselves to be more inclusive, why did casting essentially put five of the same old white guy and zero women on the engineering team? On the other hand — is the point that old white men are the ones responsible for the worst things in the universe? I can sort of buy that — but then again, isn’t it actually false and counterproductive to put women on a pedestal to say that we don’t do/make evil things, when really we’re just as fallibly human as men? Although! Do I really want to have women be included in the engineering team that doesn’t get any opportunity to speak and comes in only to be shot?

Still mulling this one over.

+ Peter Thiel is said to be playing a key role in filling science and health posts under Trump. As recently as August, he expressed a personal interest in using blood transfusions from young people to ward off old age. I bring this up because a) creepy? and b) I think it’s indicative of how well his interests align with the mainstream science community. (Not particularly well.)

+ Climate scientists are launching an anonymous hotline for government workers to report Trump meddling. That part is fine, but everything else is pretty bleak and terrible.

+ Annnnnd here’s a graphic from information is beautiful on the different types of logical fallacies. Tattoo it on your chest/paint it all over town/commit it to memory.

+ Hey look at this beer I’m drinking tonight! It’s fruity and it has a fist on it and it’s called “astronaut ale” for no particular reason I can discern. Just wanted to share something good. 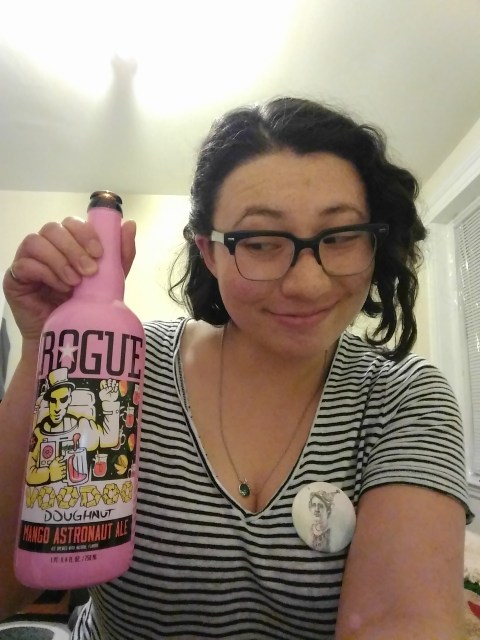 + What Doctors Can Learn From Looking at Art

+ Meet the models who code: Karlie Kloss and Lyndsey Scott

+ We Are Our Stories: Is Technology Rewriting Our Values? Ivette Bayo Urban at TEDxSnoIsleLibraries

+ Do you want to listen to Amy Shira Teitel talk about how she turned her weird, obscure interest into a successful career as a professional space history nerd? Well here you go.

+ And here’s Amy on Vintage Space talking about who took the famous Apollo 8 Earthrise photo.

+ A dinosaur tail was found preserved in amber and it had feathers.

+ Today I learned that the word “scientist” was coined in 1834 as a gender neutral term on behalf of a Victorian woman: Mary Somerville!

+ Dr. Harriett G. Jenkins, former director of the US Office of Senate Fair Employment Practices and assistant administrator for equal opportunity programs at NASA, has just passed away. Here’s an interview with her in 2011 where she discusses integrating NASA and pushing for a more inclusive culture.

+ Dr. Vera Rubin, the pioneering astronomer whose galaxy rotation-curve work confirmed the existence of dark matter, has died at age 88. She led a truly remarkable life, and illuminated the unseen universe. It is one of the great scandals of our time that this woman never received a Nobel. 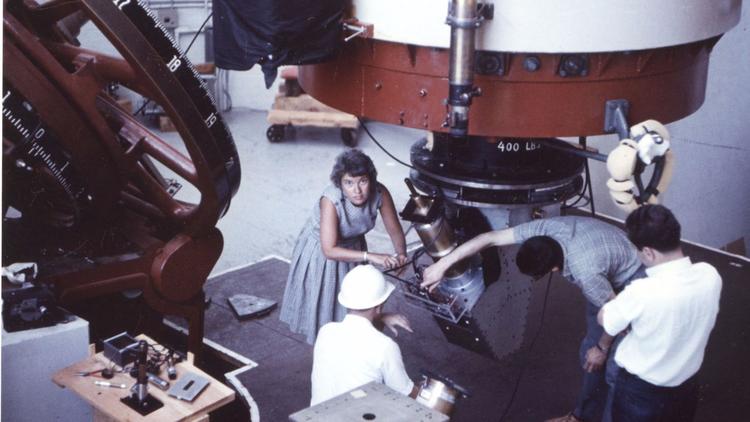 Astronomer Vera Rubin at the Lowell Observatory in 1965. (The Carnegie Institution via LA Times)

+ Vera’s grandchild, Elyria Rose Little, is an agender geek, a nature writer and a poet. From Elyria’s book:

+ Here’s an infographic about Grace Hopper by Rebecca Hill:

+ Hidden Figures comes out January 6 and honestly, even the trailer is making me emotional. Everyone go see it so we can talk about it together.