If I showed you a picture of a big auditorium filled with grade school kids, the Wildwood Elementary School logo and a picture of Wildwood’s principal, you would go ahead and assume those kids were students at Wildwood, right? What about a picture of a bunch of blazer clad middle aged folks fading in to the Harvard logo, a picture of Harvard Yard and a photograph of the university president speaking? Those people are probably Harvard professors, yeah? What if you saw this on the New Hampshire’s National Organization for Marriage website: 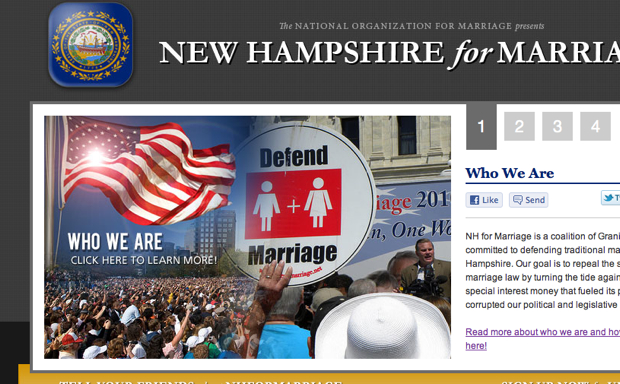 Well, there’s a lot of people rallying, a poster of a little rectangle bodied person plus a triangle bodied person, and over in the corner is Brian S. Brown, the president of NOM. I would say that looks like a giant crowd of people in New Hampshire who really really hate marriage equality.

But I would be wrong!

Yup, these are actually 60,000 Obama supporters in Columbus, Ohio back in like 2008. So, if I’m not mistaken, this means that NOM couldn’t find a picture of a large enough anti-gay marriage rally anywhere, let alone in New Hampshire, and had to resort to a democratic campaign crowd. This is just too awesome. Good As You, on the other hand, figured out the connection. Beyond the fact that the people in that picture are probably pissed that NOM is using their likeness, it’s totally illegal! That picture is under copyright. I’m not exactly up on my Bible study, but I’m pretty sure lying and stealing are big No-Nos. I thought NOM was kind of into the Bible. 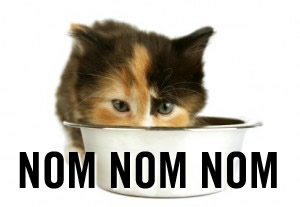 Don’t worry, Rachel Maddow had something to say on the issue that was one hundred billion times more eloquent than anything that’s ever left my lips.

My general sense is that the best way to deal with being totally, obviously, hilariously exposed and humiliated would be to take down the image and cross your fingers that no one who actually supports a no-gay-marriage group would ever watch Rachel Maddow. That was not the route Brown took. Brown instead took to his blog to defend NOM in a letter to his friends/supporters where he used good old fashioned “scare quotes” to explain away an obvious attempt to mislead New Hampshirians. According to Brown, this is all because the New Hampshire House Judiciary Committee’s just cleared a bill that would repeal same-sex marriage in New Hampshire.

It’s no accident that Maddow and her allies in the gay activist community chose Tuesday to issue their breathless “expose” about NOM’s photo “controversy”—on Tuesday the New Hampshire House Judiciary Committee voted overwhelmingly to repeal same-sex marriage! Neither Maddow nor her friends at the Human Rights Campaign can defend imposing same-sex marriage on New Hampshire with no vote of the people. So they issue “reports” and press releases criticizing NOM over a photo collage! They object to us using a photo of a crowd scene, which symbolizes the tens of thousands of New Hampshire voters who are part of our effort. They’re upset that the photo was not taken at a NOM rally. Seriously?! NOM using a common use photo in the public domain is considered a great scandal, yet they can redefine marriage—the most important social institution of society against the wishes of New Hampshire voters—and nobody is supposed to object? It’s as if the institution of marriage gets mugged, and they complain about speeding in the neighborhood when someone rushes it to the hospital!

Okay, let’s talk about some things. I’ll put aside the fact that the photo of the Obama rally is definitely not a “common use photo in the public domain” (in fact, some of the other pictures come from anti-NOM flicker accounts) because obviously it’s standard procedure to try to cover lying with lying. But the scare quotes aren’t fooling anyone. NOM totally, definitely got exposed in a hilarious controversy. Like, um, would he prefer it be “debunked” in a “giant lie” or something? ‘Cause that’s what went down. Also, there’s no way that photograph even pretends to represent anti-gay marriage folks in New Hampshire. Who does Brown think he’s kidding? New Hampshire only has about 1.3 million people in the state to begin with. To even approximate a rally that size everyone in the entire state capital, Concord, would have to attend. One and a half times. Which is, uh, not what happened. In fact, when NOM ran what was supposed to be their big campaign, the “Summer of Marriage” tour a few months ago, they could barely find any attendees.

The New Hampshire NOM site swapped out the image “to avoid the distraction” and the one they have up now is a much more realistic representation of their followers. 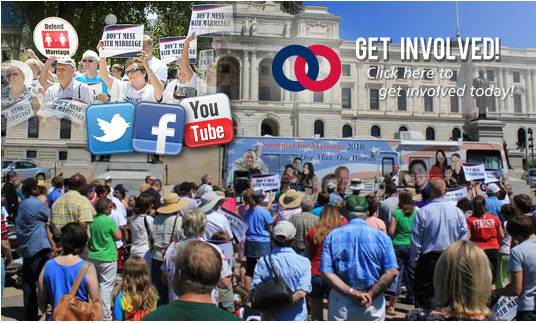 There we go. Oh, and also? That repeal of gay marriage in New Hampshire they’re talking about? It’s true it’s passed the House Judiciary Committee, but that doesn’t mean it’s happening. A recent poll showed that only 27% of New Hampshire voters supported a repeal; a solid 50% strongly opposed a repeal. Maybe NOM can photoshop something about that?