Have you ever wondered what would happen if the ideals of the Religious Right were taken to their logical conclusions? Well, if you’ve read The Handmaid’s Tale you probably don’t need to wonder. However, if you think that degree of anti-feminism is fiction — or confined to countries like Saudi Arabia — you are wrong. Because for the small number of people who consider themselves part of the Quiverfull movement, this is a daily reality.

Though the movement is a small one (estimated to be in the “thousands to tens of thousands”), it’s received increasing media coverage thanks to the Duggars, a Quiverfull family profiled in TLC’s popular 19 Kids and Counting. Like other Quiverfull adherents, Jim Bob and Michelle Duggar are not only anti-abortion, but believe that even birth control and natural family planning constitute ways to wrest control of one’s fertility away from God. Specifically, the movement’s name comes from a Bible verse, Psalms 127:4-5: “Like arrows in the hands of a warrior are children born in one’s youth / Blessed is the man whose quiver is full of them.” 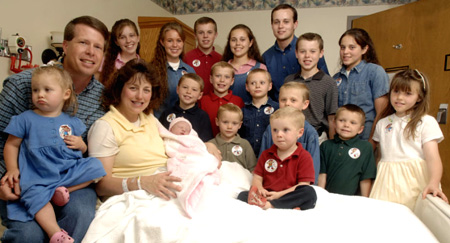 But wait! you’re probably asking. What kind of individuality and autonomy do women have if they’re constantly barefoot and pregnant? Well, that’s the point, Quiverfull members would tell you; they don’t have any. The movement is explicitly opposed to feminism and guides women to be completely subservient to their husbands. (Obviously, nobody is queer in the land of Quiverfull.) And I really do mean completely subservient: wives are generally discouraged from having any interests other than serving their husbands and caring for their children. Children are homeschooled and girls are usually prevented from doing anything that would steer them away from their “destinies” as obedient wives. While other shades of misogynists balk at feminist accusations of being “part of the patriarchy,” Quiverfull adherents wear the badge proudly; in fact, an alternative title for the movement is “Christian Patriarchy.” Used unironically by the members themselves.

Vyckie Garrison, formerly Vyckie Bennett, used to be a proud Quiverfull mother and editor of fundamentalist-Christian homeschooling magazine Above Rubies. However, when her oldest daughter attempted suicide, she had no choice but to rethink her beliefs and leave the movement. She now runs No Longer Quivering (NLQ), a blog documenting the stories of women who have left Quiverfull.

While similar themes arise, each woman’s story varies. Some joined as already-married adults, often through friends or their church. Others were raised in it, as dutiful daughters expected to follow in their submissive mothers’ footsteps. One girl was able to go to college, and it was through discussing her beliefs with her classmates that she started her journey out of the movement. For other girls, the very idea of higher education was unthinkable. Some of the stories describe abuse and are quite harrowing (the blog is usually good at providing trigger warnings for these posts) while others are more hopeful, focusing on the writer’s new, unlimited opportunities. And some are actually humorous, like this entry describing “courtship,” the Quiverfull version of dating. (Essentially, the kids must be considering marriage from the start, only meet with parental supervision, and do little more than hold hands before their wedding night.) All of it makes for great reading. 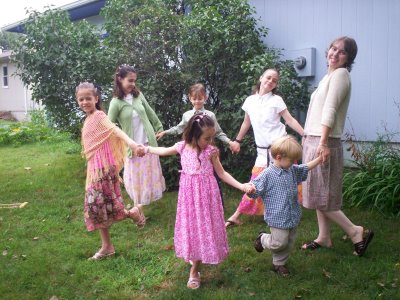 If you’re looking for something specific, NLQ has a great post directory, including a helpful FAQ section. The questions range from the merely curious to those seeking help for themselves or for friends involved in the movement. Garrison also has a directory called “Vyckie’s Tour de Crap,” a selection of her old articles (with her current commentary) from back when she was still a dedicated Quiverfull wife.

The NLQ administrators also run an organization called the “Take Heart Project,” which helps women escaping Quiverfull-like groups as well as educating the public about them. You can check out the project here, which also includes a place to donate.