If I had to pick one group of people that was guaranteed to never try and beat me up for being gay, a batch of NFL rookies would be a great place to start. I know, right? Recently Outsports got to a few of them before their publicists could advise them otherwise at the NFLPA Rookie Premiere events in Los Angeles. What resulted was an outpouring of support for gay athletes, acknowledgement of their existence and struggles, and declarations of not caring about a teammate’s sexual orientation. Not only did the rookies have hopeful words, but recently retired athletes did as well. Former Green Bay Packer Ahman Green even revealed he has a gay brother and sister. You should take a look at the whole story and more of these pictures with words on them that the internet loves so much. 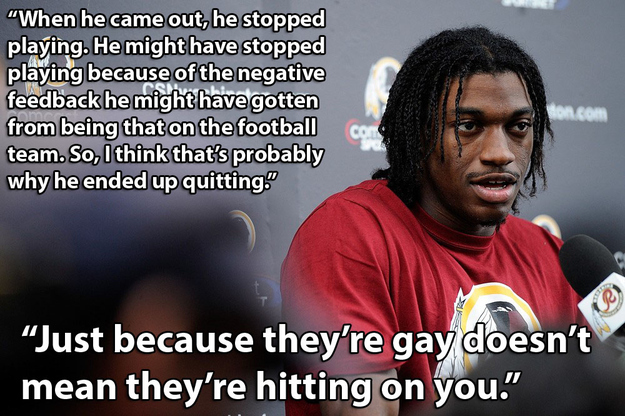