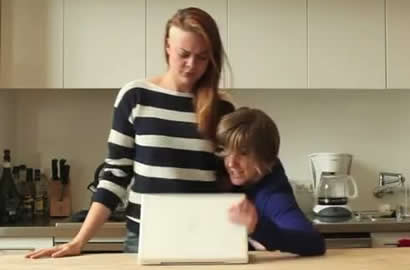 Hello! This week in Hannah Hart news, grilling! Aside from landing the Numba 4 spot on our Hot 100, Harto made an admirable attempt to grill a chicken, makes a hat where there never was a hat, and reintroduces Fredrick. Solid decisions all around. This is a particularly good episode if you’ve been longing for better media representation of people who are really uncomfortable touching dead animals.

I was going to make a “girl on grill” joke, but someone on Twitter beat me to it, so. Here we are.

Also! Harto uploaded a handful of quick “Under A Minute” sketches, one of which features Autostraddle photographer Robin Roemer! I love her! These are funny, you’ll like them.