When Funeka Soldaat got the phone call, she thought it might be a joke. It was only after checking Facebook and seeing it reported in the media that the reality sunk in; Nelson Mandela had died. She, along with her country, was devastated. As a black South African born under apartheid, 52 year-old Soldaat had many reasons to revere Mandela. But as a lesbian she felt an added sense of indebtedness and grief. 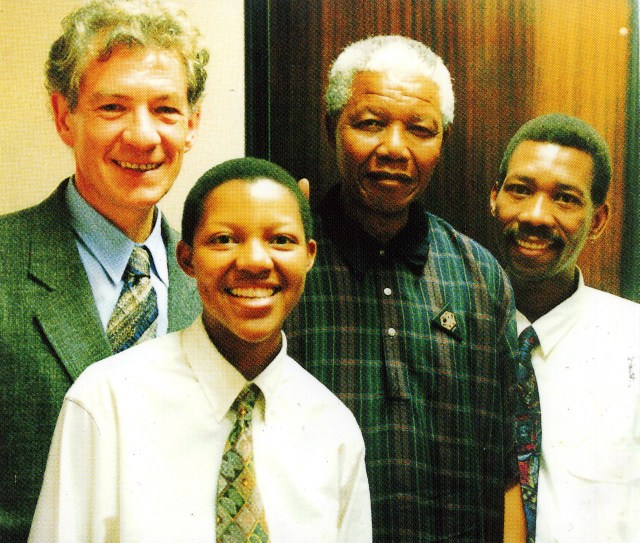 “Mandela played a critical role in changing attitudes towards rights of LGBTI people in South Africa,” wrote Anthony Manion in an email. Manion is the director of South African queer archival organization GALA , or Gay and Lesbian Memory in Action. After a week in which world leaders descended on the country as South Africans marked the life of, and then buried, their former president, it is perhaps only now in the quiet aftermath that the significance of his death is being absorbed. The rainbow nation is a country of contradictions and complexities when it comes to its queer citizens, and as LGBT South Africans mourn Mandela they also worry about the future.

“He is the only normal president that we have had after we got liberated,” said 39 year-old Ndumie Funda. “We should celebrate his past, but we should think of the future. What is the future holding for us in South Africa?” Funda is the founder and director of Luleki Sizwe, an advocacy organization based in the Gugulethu township outside of Cape Town that provides support and resources for black LBT women. When she muses about the current hardships of today’s South Africa, it is not only poverty and unemployment statistics that worry her; the escalating number of hate crimes is a very personal and pressing concern. Though it can be difficult to get an accurate understanding of the situation as statistics can be unreliable due to underreporting, a minimum of 31 lesbians have been killed since 1998 through violence motivated by their sexual orientation. And black lesbians and transgender men are particularly at risk. South Africa has the highest rates of reported rape in the world. And the practice of “corrective rape” (rape of a queer woman in an attempt to change her sexual orientation) is widespread, especially within some of the more impoverished townships and rural areas. These crimes are rarely prosecuted and, when they are, few end in conviction. 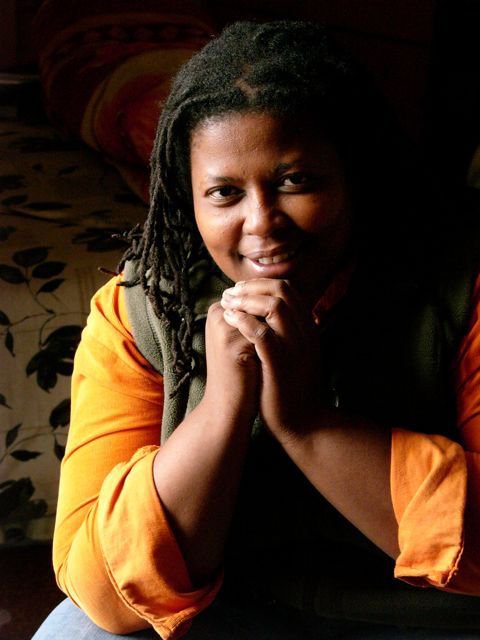 Mandela was a catalyst for ensuring that the African National Congress (ANC) included LGBT rights within its mandate of equality. After he had been elected president, he made specific mention of the rights to equality for LGBT people in his inaugural address in 1994. He also personally met with LGBT rights activists Phumi Mtetwa and Simon Nkoli, as they lobbied for the inclusion of the sexual orientation clause within the final draft of the constitution. Manion speculates that, without Mandela’s support, it’s possible that clause may have been excluded. “Mandela’s belief that ‘freedom is indivisible’ and that ‘the denial of the rights of the one diminish the freedom of others’ continues to inspire,” wrote Manion. “And is a reminder to LGBTI people that we must fight not only to combat homophobia and transphobia, but all forms of social and economic oppression.”

Soldaat too feels that, though Mandela was not always vocal in the media about accepting homosexuality, he consistently influenced his colleagues within the ANC to fight discrimination against LGBT South Africans. “We were so comfortable cause he never tried to undermine or to judge anyone. He never made any homophobic statements,” said Soldaat, who is a coordinator and founder of Free Gender, a black lesbian advocacy organization based in the Khayelitsha township of Cape Town. She, like Funda and many others within the country, is dissatisfied with their current head of state. President Jacob Zuma has been embroiled in sexual and financial scandals since before he took office, the latest pertaining to millions of rand of government money that was spent on updates to his residence. He has also made public homophobic remarks prior to his presidency. 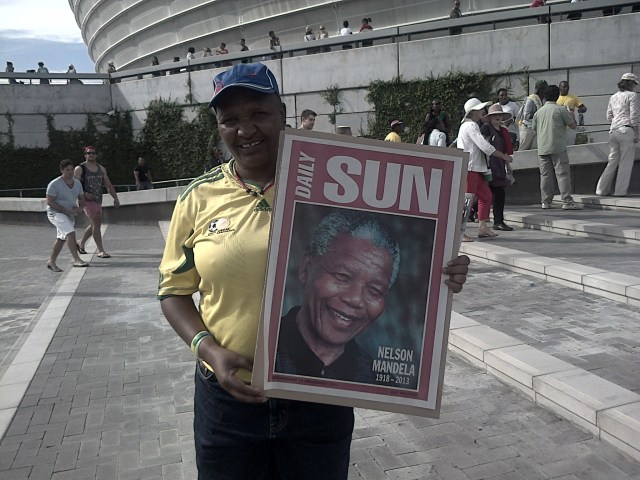 Currently, the legal protections and support for the equality of LGBT citizens, quietly facilitated by Mandela, often do not translate into the realities of everyday life for queer South Africans. “He died in a really critical time in our lives, with the increase of the killing of lesbians,” said Soldaat. Funda has personally felt the effects of this targeted violence; her primary motivation for starting Luleki Sizwe was her former partner. Her fiancé was gang raped at gunpoint and contracted HIV as a result of these attacks. She later died of AIDS. A 2009 ActionAid report cited an interview with LGBT rights organization Triangle Project’s then director Vanessa Ludwig, who says the group deals with as many as 10 new cases of corrective rape each week, with the numbers continuing to increase.

In 2011, both Funda and Soldaat became members of a newly created interim task force established in partnership with the Department of Justice to examine hate crimes targeting the LGBT community. Funda hopes that corrective rape will soon be classified as a hate crime, but the national election set for April 2014 could interfere with this legislation. As painful as Mandela’s death is, she feels he should be allowed to rest. But as LGBT activists here, Funda and Soldaat cannot afford to stop working. “It is a very frustrating time,” said Soldaat. “It is a scary time.”