Lisa Biron is a Manchester, NH lawyer affiliated with the Alliance Defending Freedom, a Christian anti-gay organization that aims to “keep the door open for the spread of the Gospel by transforming the legal system and advocating for religious liberty, the sanctity of life, and marriage and family.” The ADF and their associates were behind the Ninth Circuit Court of Appeals challenge of the California federal judge’s ruling that Prop 8 was unconstitutional, and were also lead counsel defending DOMA in Bishop v. United States.

As is often the case with thosewho devote their lives to policing the sexual identities of others, it turns out Biron is a destructive hypocrite: on Friday, while in a hearing related to the fact that she broke the conditions of her bail for child pornography charges, Biron was arrested by the FBI and charged with “transportation with intent to engage in criminal sexual activity, possession of child pornography, and five counts of sexual exploitation of children.” 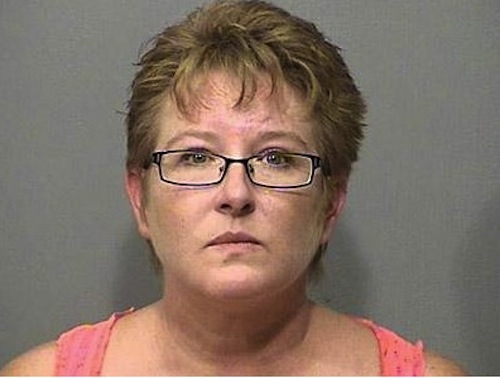 Lisa Biron, via The Advocate

Basically, she’s not exactly the stand-up person she pretends to be.

Here we have yet another public figure who devotes her professional life to demonizing and persecuting the consensual sex lives of autonomous adults—caught engaging in deplorable criminal sexual activity, in this case particularly heinous crimes against children. This is far from the first time someone who hates the gays and other “deviant” sexualities has been exposed as a hypocrite. Why is it that the people who most fervently attack the gay community for destroying the moral fabric of America are always the ones doing the destroying?

Biron’s case is different than that of, say, Ted Haggard; whereas other public anti-gay figures have been caught in consensual same-sex encounters and therefore been outed as nothing more than hypocrites, Biron appears to be an actual sexual predator of the type that she purported gay people to be. Even with this crucial difference, this may point towards the same thing that the exposés of people like Haggard or John Paulk do: that people who are drawn to self-righteous and policing movements often feel like they themselves are secretly un-righteous and need to be policed. But the fact that Biron doesn’t appear to be a closeted gay, but rather a dangerous and unrepentant pedophile and sexual predator, may also point to something else: that people who want to prey on children will actively seek out positions where they can both have access to children and appear unimpeachably righteous.

In addition to her position with the Alliance Defending Freedom, Biron also worked on the board of directors at Mount Zion Christian Schools. There have been several cases and stories recently which publicize the ways sexual predators engineer their access to spaces with children and also their images within the community, like the story of Grace Fellowship Christian School and, more famously, Jerry Sandusky. Both teach us the same thing: that even with a mountain of evidence and abused children, a respected position which lends some kind of perceived moral authority can protect someone for a terrifyingly long time. Lisa Biron has finally been caught. But is there a chance she would have been caught sooner if her professional life weren’t centered around “religious liberty, the sanctity of life, and marriage and family?” With the astonishing number of figures devoted to the sanctity of marriage and family who have been exposed as hypocrites, criminals or even predators, it seems worth asking whether the culture of policing is more than just hurtful to gay families, but fosters an environment where people who actively want to hurt innocent people can feel comfortable and free from scrutiny.

The story of what Lisa Biron appears to have done to multiple children and teens is shocking and horrifying, and she holds full personal responsibility for it. No one, not her faith or her community, can be blamed for what she did. But we can ask what they – and the rest of us – could have done to recognize her for what she is and stop her.