I’ve been on the edge of my seat ever since Possible Best Person Ever Janelle Monáe posted a picture of herself partying with my personal role model Oscar the Grouch on Instagram a few weeks ago.  She looked radiant, ecstatic, and perfectly natural – she’s practically an honorary muppet when it comes to cuteness and perfection, so this scenario seemed almost inevitable.  Frantic Googling revealed that indeed, Ms. Monáe would appear in an episode of Sesame Street, and that she’d be interacting with almost all the beloved muppets of my childhood. 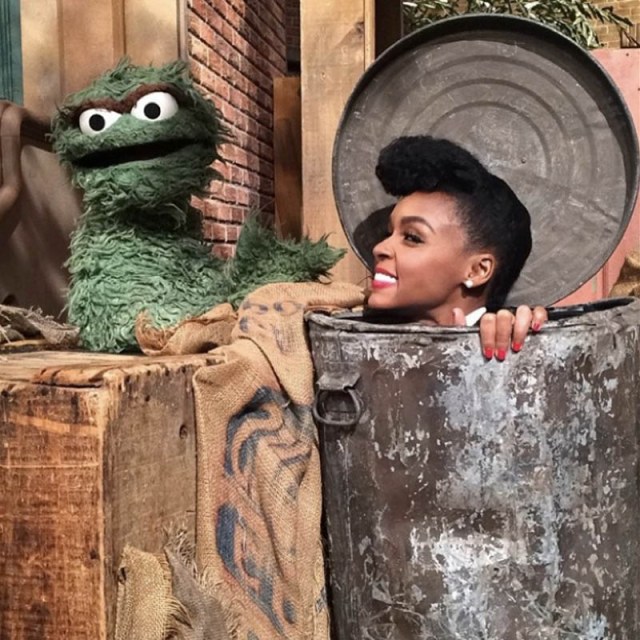 Learning the alphabet while dumpster diving.

Sesame Street’s 45th season will premiere in September 2014 (!!!), but Billboard.com were kind enough to post this adorable video preview of Janelle and friends putting together her performance of “The Power of Yet,” a super-catchy, mega-empowering song about never giving up.  Sesame Street’s music director (my dream job) Bill Sherman explains that the song isn’t really for any one specific age group, and that part of the fun about having modern pop stars on the show is helping them reach a broader audience.

Is it me or are she and Abby Cadabby totally flirting???

Billboard.com are clearly just as in love with Ms. Monáe as we are.  At last month’s annual Billboard Women In Music awards ceremony, she was named honorary Rising Star and also got to watch CHVRCHES perform a pretty sweet cover of “Tightrope.”  So far, 2014 is shaping up to be a pretty excellent year for lady musicians and muppets alike. 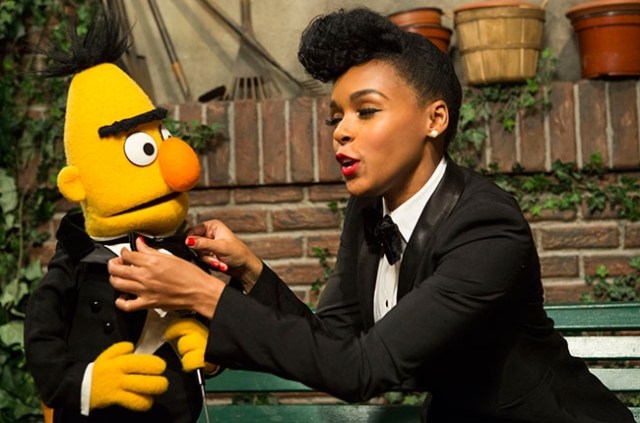 “Trust me, Bert, nobody can resist a dapper queer in a bowtie.”