Lesley Gore was perhaps best known for her hit single “It’s My Party,” but was also known as a proto-feminist singer, and later in life became notable as an openly lesbian pop legend. She passed away today at age 68 due to lung cancer. 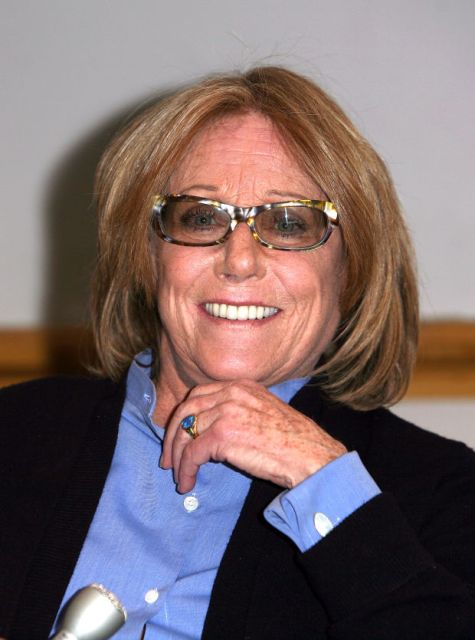 Gore was only sixteen years old when she recorded “It’s My Party,” the first of several hits for her that included that song’s sequel “Judy’s Turn to Cry,” the very upbeat “Sunshine, Lollipops and Rainbows” and the feminist anthem “You Don’t Own Me.” She went on to have a guest spot as Catwoman’s singing henchwoman Pussycat on the 1960s Batman TV show and co-write the Academy Award nominated song “Out Here On My Own” from Fame. In her career she had four top-five hits, two Grammy nominations and one Academy Award nomination. She also earned a degree in English and American Literature from Sarah Lawrence College.

Over the years “It’s My Party” has become an iconic song that’s played all over the world and has been covered and sampled by many artists over the years, including Amy Winehouse and Icona Pop. The chorus has even found its way into the American lexicon.

In 2004, Gore started hosting the PBS program In the Life, which focused on LGBT issues, and then stated in a 2005 interview that she was a lesbian. She continued to advocate for LGBT and feminist issues for the rest of her life. Her death was first reported by her partner of 33 years, Lois Sasson. Sasson, a jewelry designer, said that Gore “was a wonderful human being — caring, giving, a great feminist, great woman, great human being, great humanitarian.”

Her song “You Don’t Own Me” has been used over the years to empower women all around the world. It has a strong, simple message: each woman is her own person and no one controls or owns her but her herself. Recently it was given new life in a PSA encouraging women to vote that included female celebrities like Tavi Gevinson, Natasha Lyonne, Miranda July, Carrie Brownstein, Sia, Tracee Ellis Ross and many more. Gore ended the video with the message “I recorded ‘You Don’t Own Me’ in 1964. It’s hard for me to believe, but we’re still fighting for the same things we were then. Yes ladies, we’ve got to come together. Get out there and vote and protect our bodies. They’re ours.”

Lesley Gore was a great pop singer, a powerful feminist, a devoted partner and an inspiration to many. She will be greatly missed.