Almost everything is different in space: gravity, pressure, the passage and marking of time, forensics, etc. However, one thing that remains steadfast and true regardless of one’s current galaxy: dyke drama.

Astronaut Lieutenant Colonel Anne McClain and former Air Force intelligence officer Summer Worden married in 2014. At the time, Worden had a one-year-old son that the pair reportedly coparented, though Worden never allowed McClain to legally adopt the boy. McClain told the Today Show about the difficult realities of parenting while being an astronaut who might be deployed for long periods of time. Problems arose in the pair’s marriage after roughly three years, and in early 2018, McClain asked a judge to grant her shared parenting rights. She cited that she had been present for the child’s first words and first steps and had maintained “a very healthy and deep parental relationship” with the boy. She also asked for “the exclusive right to designate the primary residence of the child” if a mutual agreement could not be reached between the two.

Worden filed for divorce later that year, and the resulting custody battle was by all accounts extremely messy. At one point, McClain accused Worden of assault; Worden maintains that the accusation was untrue and was part of McClain’s attempt to gain custody of her son. To say these two required the services of Joyce Wischnia would be a massive understatement.

In the midst of this bitter custody battle, McClain launched into space. She departed on Dec 3, 2018, and spent roughly seven months aboard the International Space Station; she was poised to become part of NASA’s first all-female space walk (later canceled, honestly because NASA didn’t have enough lady-sized space suits, but I digress). While McClain was literally in outer fucking space, the pair continued their dispute via email, which is a commitment to pettiness that I personally recognize and respect.

During McClain’s deployment, Worden noticed that her ex was suspiciously knowledgeable about recent changes to her financial situation, and used her intelligence background to do some digging. Her bank informed her that one of the computers that had recently accessed her account was registered to the National Aeronautics and Space Administration. She wasted no time in reporting her concerns, and although there is no evidence that anyone had used or transferred any funds in the account, Worden filed a complaint with the Federal Trade Commission. McClain maintains that she had only accessed the bank account in order to keep track of the couple’s still-shared financial resources, which she had done throughout their relationship. The New York Times quotes Worden as saying, “I was pretty appalled that she would go that far. I knew it was not OK.” As she told NBC affiliate KPRC, “I was shocked and appalled at the audacity by her to think that she could get away with that, and I was very disheartened that I couldn’t keep anything private.”

Anne McClain returned to earth on June 24, 2019, but her rocky custody battle has only gotten uglier. Worden has accused her of identity theft and improper access to her personal finances. McClain was subjected to an under-oath interview with the NASA Office of Inspector General earlier this week, and her lawyer maintains that she “strenuously denies that she did anything improper.”

In the meantime, the extraterrestrial nature of this case has made it particularly fascinating from a legal standpoint. Crime surrounding space travel has existed for years, but experts are saying that this could be the first actual case of crime IN space. According to the New York Times,

The five space agencies involved in the space station — from the United States, Russia, Japan, Europe and Canada — have long-established procedures to handle any jurisdictional questions that arise when astronauts of various nations are orbiting Earth together. But Mark Sundahl, director of the Global Space Law Center at Cleveland State University, said he was not aware of any previous allegation of a crime committed in space. NASA officials said they were also unaware of any crimes committed on the space station.

This will be the most amazing Law and Order: SVU episode I’ve ever seen.

For their part, NASA have refused to comment on McClain’s personal matters, and Worden and McClain’s divorce is set to be finalized this October. 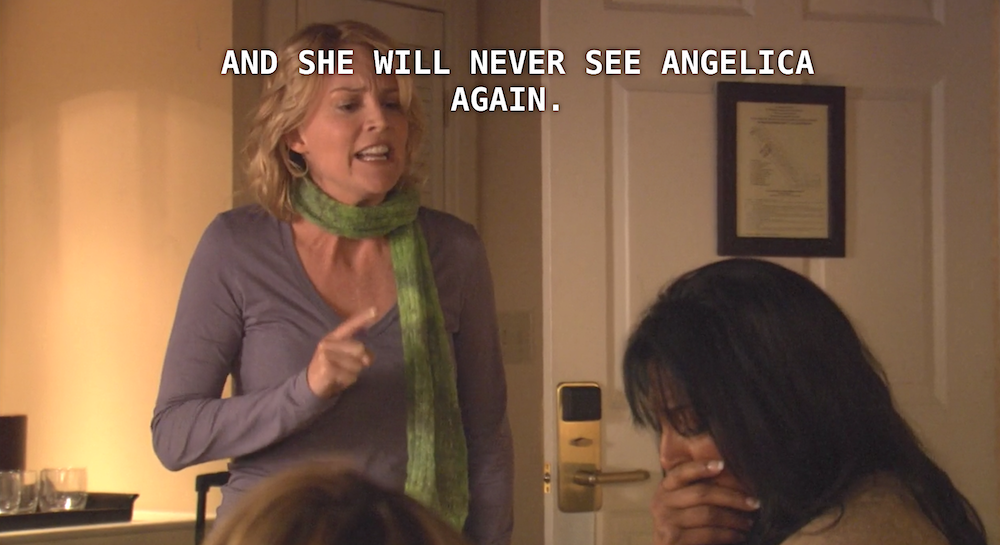 Remind you of anyone?