Hidey ho and welcome to this recap of Legends of Tomorrow, season 7 episode 5, “It’s a Mad, Mad, Mad, Mad Scientist” aka the one where Ava disappeared for a brief but terrifying time.

As we begin this episode, we’re still in the 1920s, but the Legends have finally made their way to New York City. Well, the bullet Blonde Blonde Gang anyway. Gary lets Avalance and Behrad out of the mansion and they immediately beeline for some New York pizza.

But I guess being Out of Time and off the Waverider for so long, they simply…forgot that they couldn’t speak freely. Or maybe they didn’t know that it’s a New Yorker’s job to eavesdrop on any conversations they can, but either way, a news vendor overhears them talking about time travel and other nonsense and then recognizes the women who were talking as the Bullet Blondes. 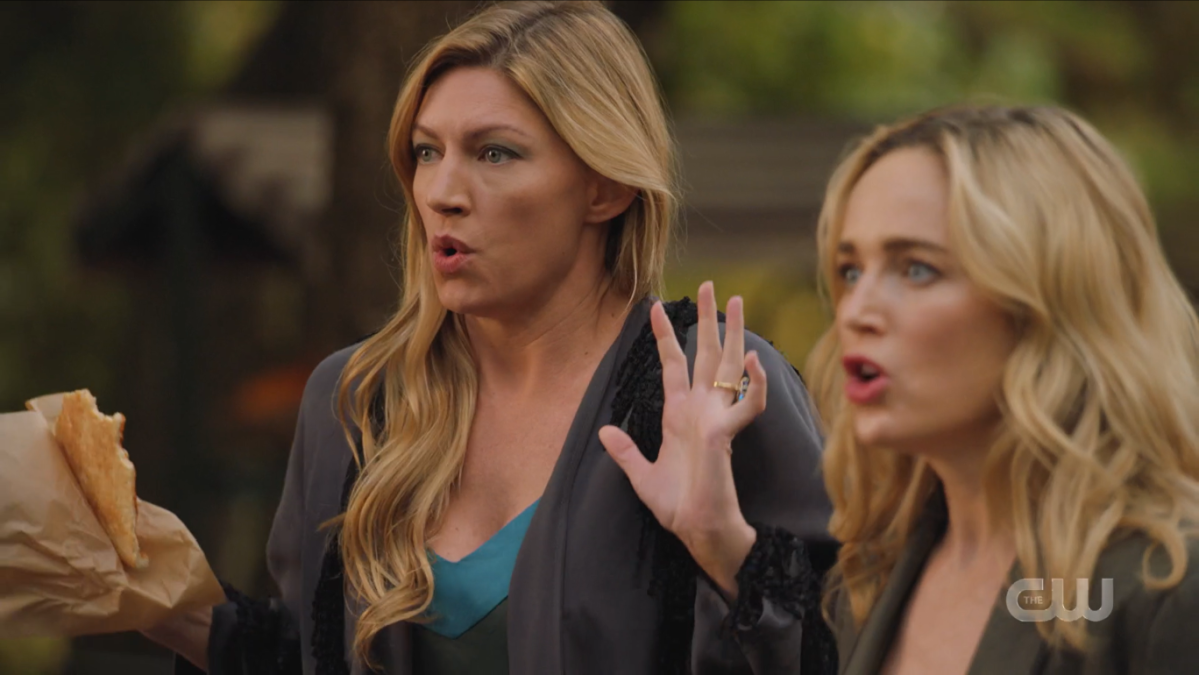 “Okay, who narc’d on our Speakeasy makeout session?”

The man decides to shoot them for some reason, but luckily Sara jumps in front of her friends and takes the shot, and it smarts but she heals up. Unfortunately, everyone sees it happen and while in modern day New York it wouldn’t have even warranted a tweet, in the 20s it’s a little riskier so they run back to the mansion.

Inside the mansion, Zari is tinkering with Hoover, who is convinced he’s the real Hoover, even after Zari showed him his robot brains. Nate brings the tinkerer a treat, for which she is very grateful.

When the Bullet Blondes return, Nate and Gary start whispering about Zari, which she hates a lot. 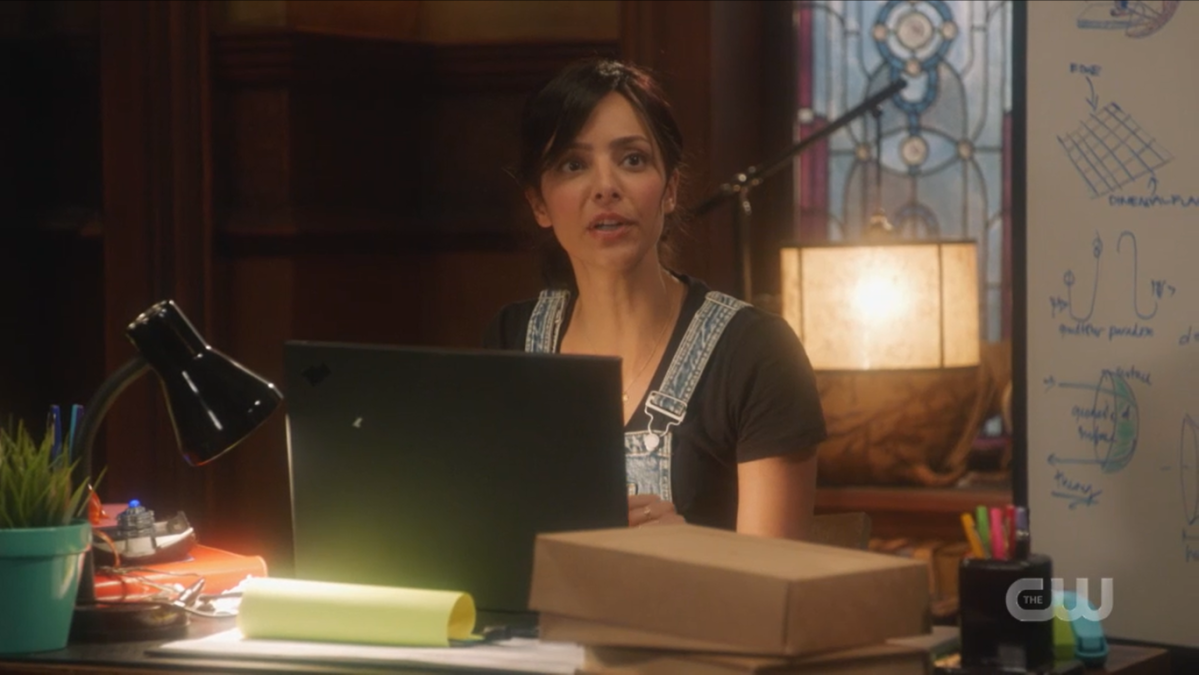 My kingdom for Flannel Zari to pass the Bechdel test this season.

Other things that are hated in this room include but are not limited to, Ava hating that Sara got shot. She knows Sara is fine but it sucked to watch and she can’t help but kiss the spot her dress burned away where a booboo would be if Sara didn’t have super-healing.

They found the address to Edison’s Lab, so that will be their next stop, but Sara wants Ava to stay behind. She’s the only bulletproof one between the two of them, which Ava can’t really argue against. So she begs her babe to not mess the timeline up too badly and sends her on her way. 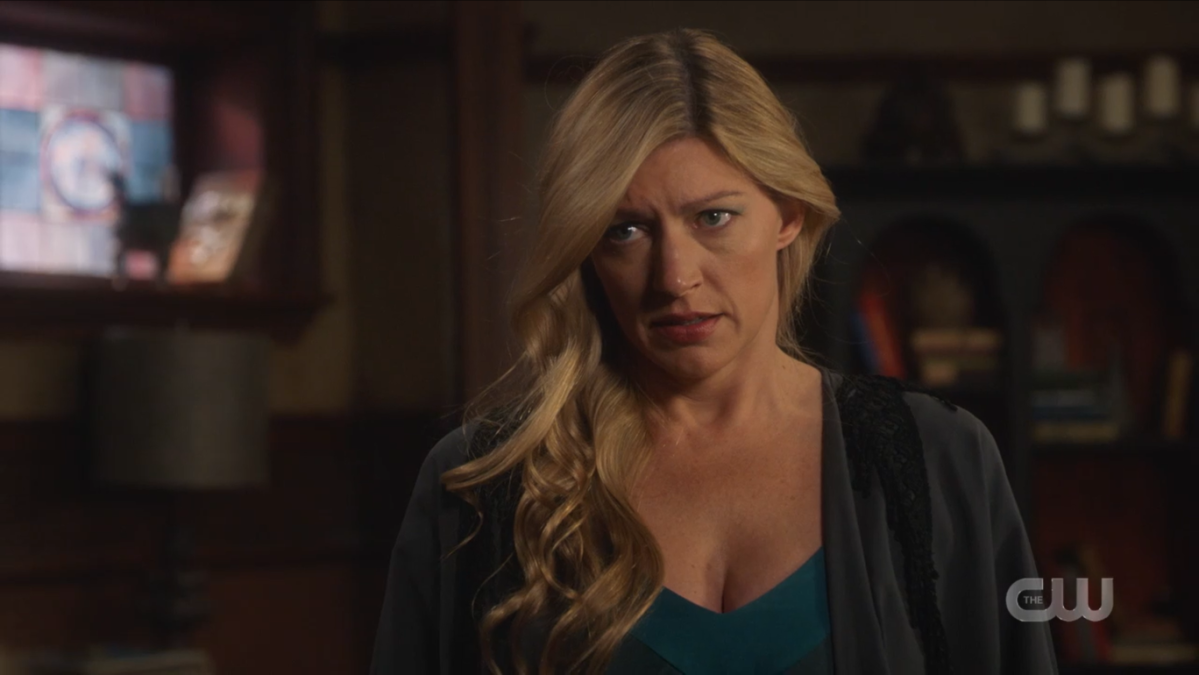 *I* don’t like watching Sara die a thousand times even if she does come back, so I can only imagine how Ava feels.

Sara and Behrad head to the university to find Dr. Davies, who they think looks like Rory with hair, or maybe a young Stein, which is a hilarious joke since actually he’s played by Matt Ryan aka Constantine.

Sara does a sneaky maneuver that would make Parker from Leverage proud and gets the research she needs: the schematics for the first ever time machine.

Meanwhile, the Spatula Squad is running out of time; they have until 7pm tomorrow to get to New York or their friends are going to explode. So Astra decides to hitch a ride. 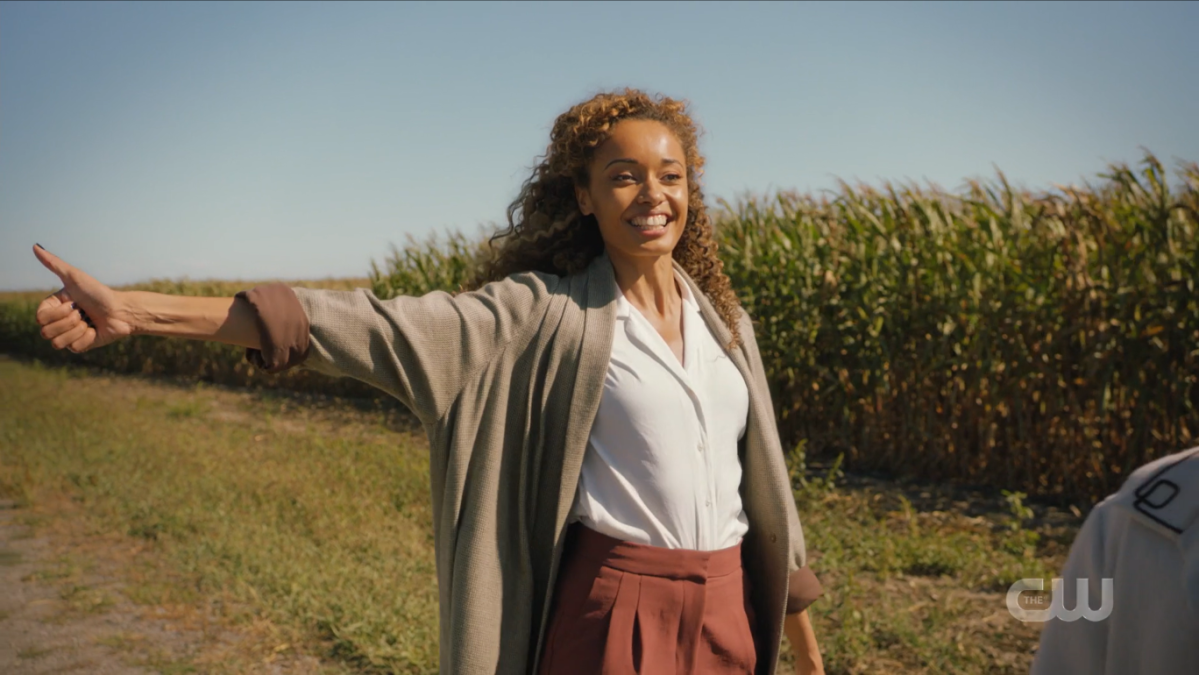 This feels like a good time to remind you that Astra was, not ALL that long ago, the Queen of Hell.

Spooner follows suit and Gideon mimics them, and it’s very cute. And what’s cuter is, when a car whizzes past them, and Spooner starts yelling to her god in the sky, Gideon looks up and waves to whoever Spooner is talking to. It’s just so precious.

Seeing how frustrated Astra is, she decides to turn their luck around by putting a luck spell on a rock. Spooner is surprised she can do this but Astra hilariously answers, “I’m a witch.” She gives Spooner the luck rock and they try hitchhiking again. This time, a man stops and gives them a ride.

After examining the stolen plans, Behrad and Zari say they can use them to make the time machine…but it will take them five years. Ava basically says my dad’s favorite phrase: the impossible just takes a little longer. But Sara is going to turn into an actual bank robber if she has to stay in the 20s a minute longer. Since they have no other options for now, Sara goes back to sneak the plans back into Dr. Davies’ apartment, and notices that he’s already done most of the work for them. 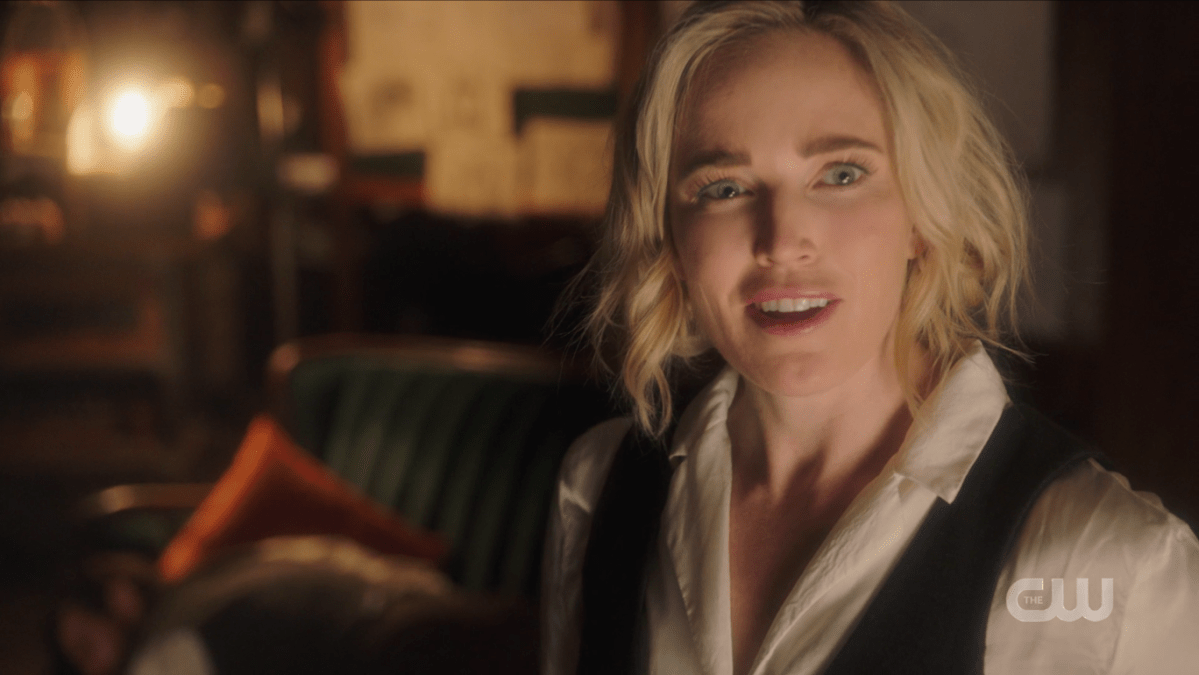 This curly bob/button down/vest situation was really working for me.

So now all they need is a single part. Behrad thinks he knows where they can find that part, but Ava is still very concerned about footprints. 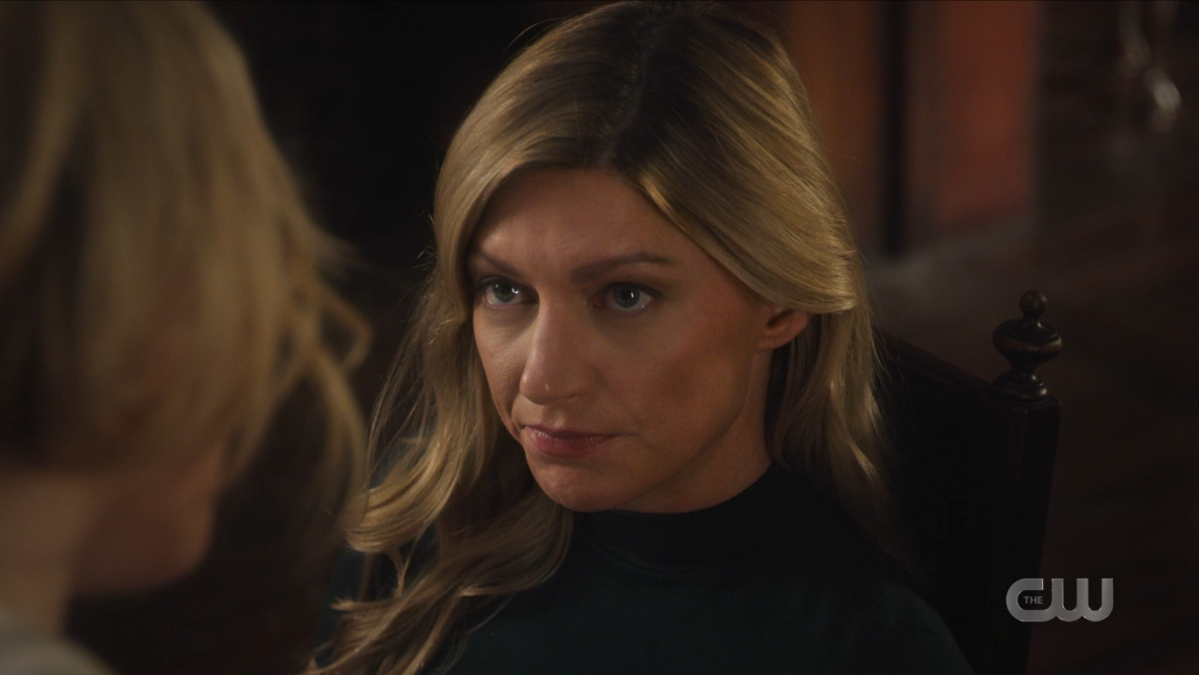 “And where you see one set of footprints in the sand, that’s where I left you because you were fucking up the timeline too much.”

Sara promises that whatever they do now, if it gets them to the future, they can time travel back and fix it. They can clean up their own messes! It’ll be fine! It’ll be fiiine.

After they leave, Hoover keeps rattling off offensive things while Ava paces around the mansion, stressed about her girl and her favorite worst assistant. 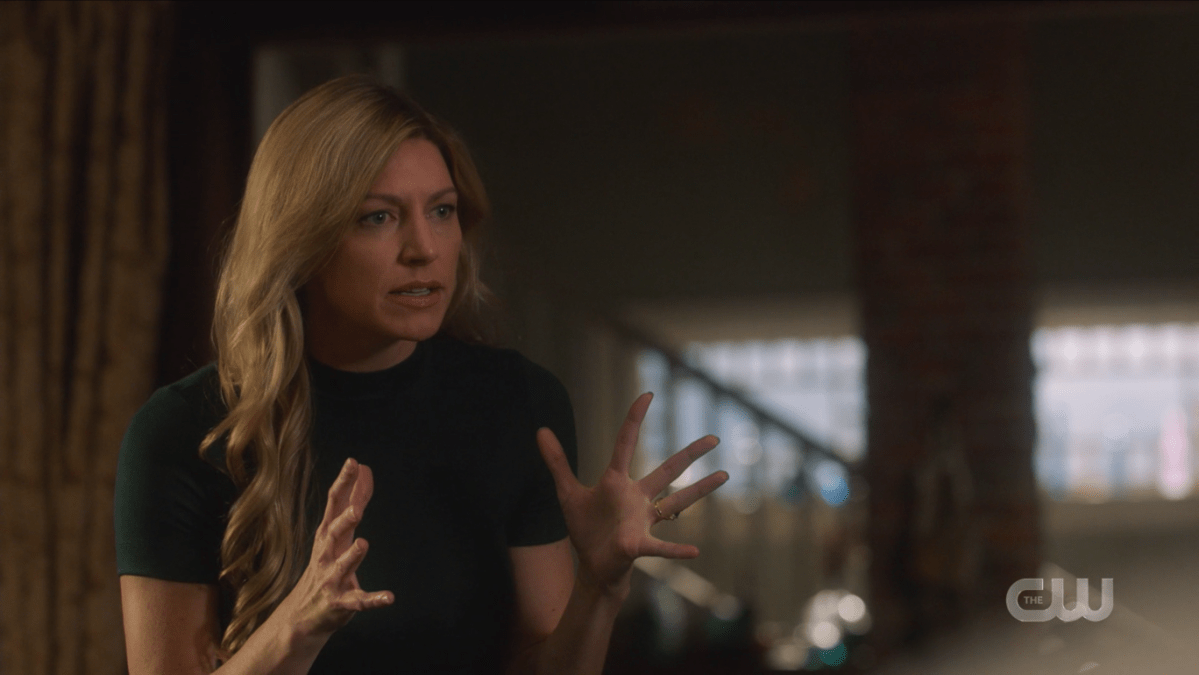 She tries to get the Hoover bot to tell him who sent him but he won’t, so flannel Zari tinkers with his programming a little to see if she can get him to stop sucking, and finds his to-do list. 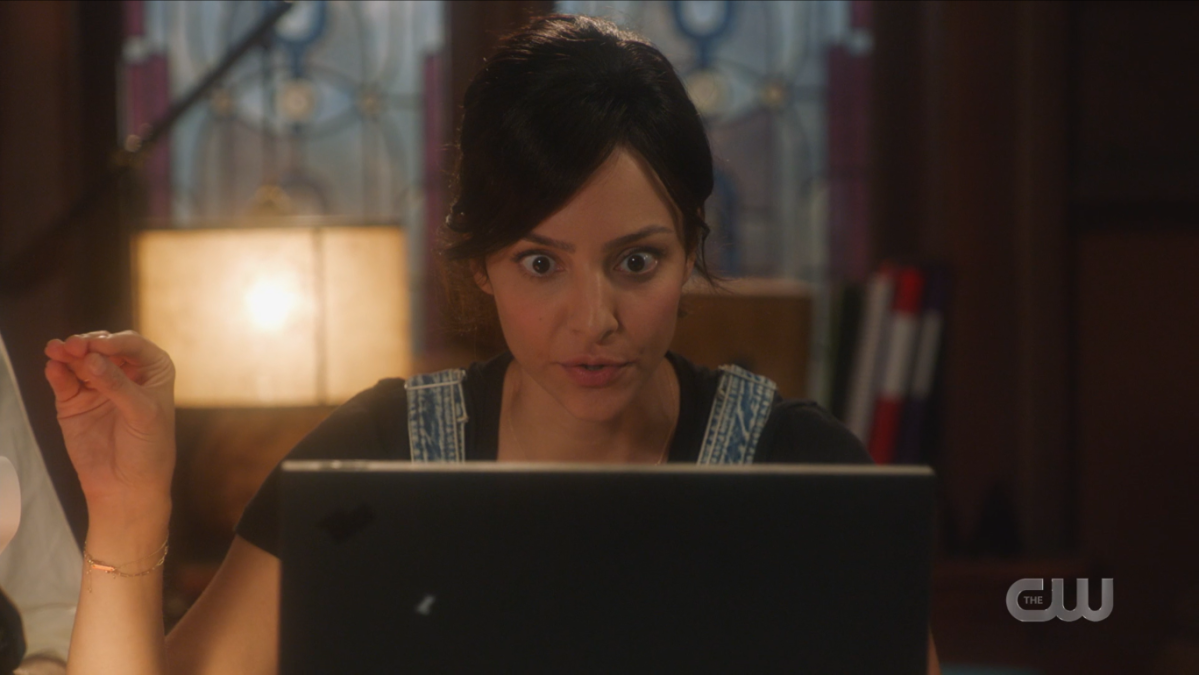 I have a feeling this screenshot will come in handy a lot for me, personally.

Out in New York, Sara sends Gary to find the missing piece while she distracts the scientist. Gary finds the piece but as he goes to take it out of the lab, he runs into Edison himself. And like an idiot, when Edison asks what project he’s signing it out for, Gary just…tells him! That it’s for time travel! I swear we can’t take this kid anywhere.

Meanwhile back in his office, with Sara trying to keep him there with fake tasks, Dr. Davies starts to have a panic attack. To make matters worse, Edison barges in to confiscate his work and send him to Bellevue. Much to Sara’s surprise and chagrin. 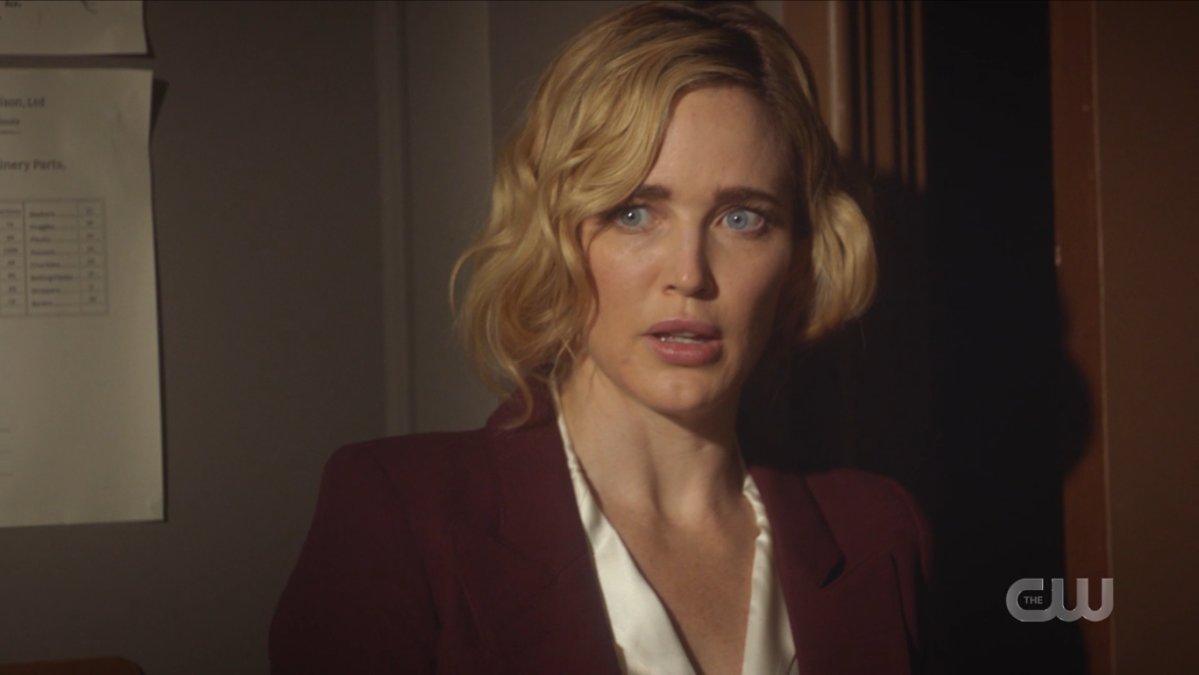 It was at this moment she knew…she fucked up.

When the ride they hitched breaks down, Spooner tries to use the luck rock again and a race car driver pulls up. They sweet talk him into taking them to New York, which is all fine and good until they get pulled over in New Jersey. Desperate to get to their friends, Astra manages to convince the cop that it would be the best decision to let the famous racecar driver go, and since the copper wants to see a pape with his face beamin’, he agrees. 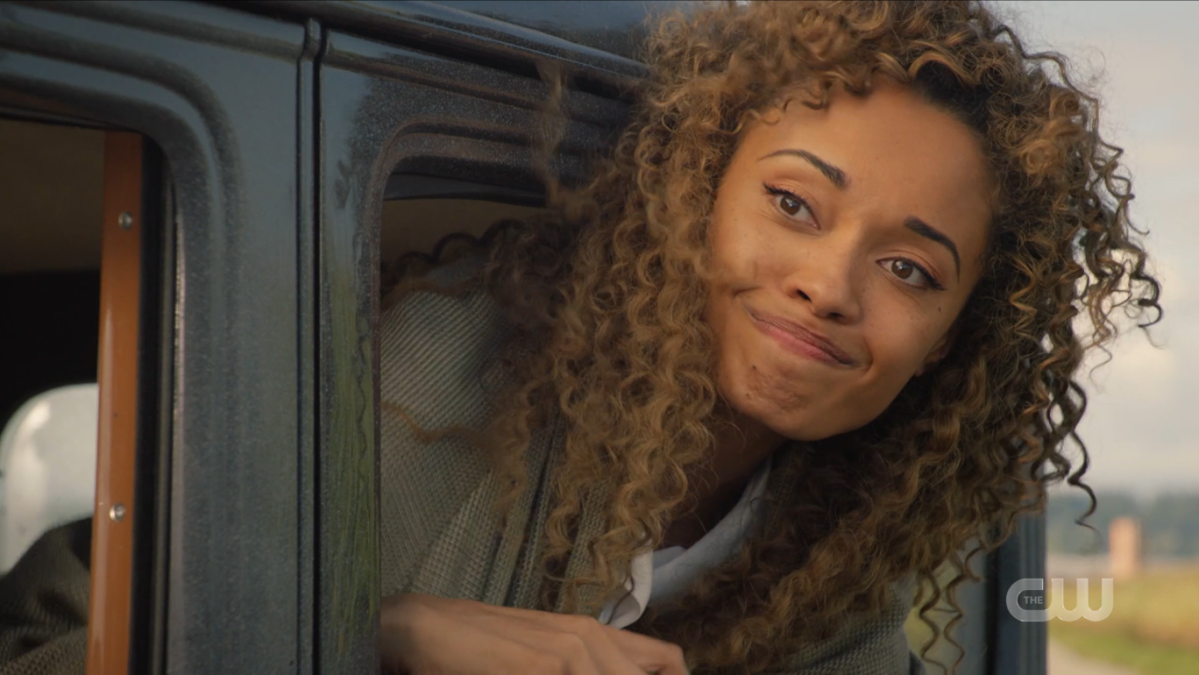 Back in the mansion, Nate is being weird, so Zari asks if he and Gary hooked up, which she wouldn’t be mad about, just confused since he seemed like a monogamous kind of guy. But the truth is, he just wants to DTR. He’d been letting their weird totem situation keep him from asking, but he does want to take things to the next level. He wants them to live together. And he thinks the mansion is the perfect place to do that. 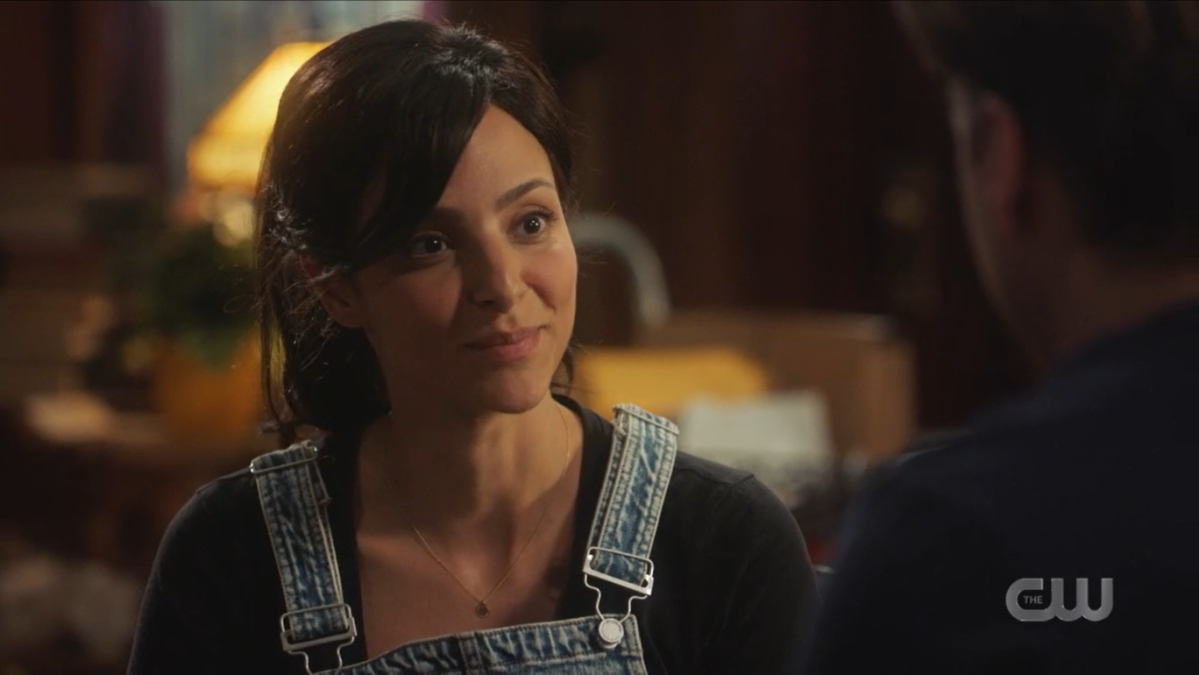 Honestly them living together will either mean more Flannel Zari or less Nate and I can stand for either option.

Zari says yes and Nate goes to get her a celebratory bear claw, but when he leaves the Hoover bot says he knows Zari is lying about something. She tells him to shut up and storms off.