Hello and welcome to this Legends of Tomorrow Episode 614 recap, “There Will Be Brood,” aka The One Maisie Richardson-Sellers Directed.

Last we left off, Constantine had accepted help from Bishop and became extra smarmy. When we pick up, Zari finds him in the mansion standing amongst the rubble of his fight with his beasty insides and he says he’s “feeling like his old self” and she’s wigged out by it; this is not the man she loves. More Legends trail in behind her demanding to know where Bishop is and what he’s up to but Constantine is just smirking at them.

Zari steps up and gets right in his face and, with a firm but gentle tone, asks him to tell them what happened. 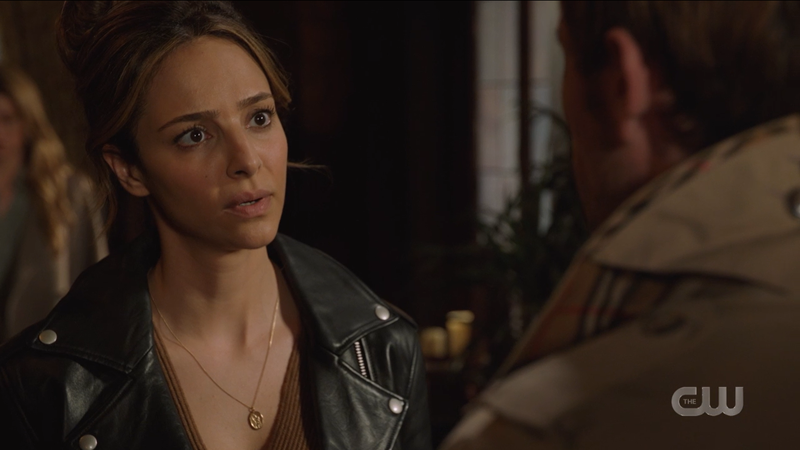 In these sad, quiet moments, the distance between Flannel Zari and Fancy Zari doesn’t seem so far after all.

He snaps at her and honestly it’s a miracle she doesn’t deck him right there. Sara even quirks an eyebrow, not knowing much about their relationship but feeling pretty sure that’s not normal.

Zari asks what happened to the conversation they had, where she convinced him he was enough without his magic, but he says Bishop helped him see the light and said he’ll help him unlock the fountain. They’re all resigned to the fact, though not extremely surprised, that he’s going to throw the Legends out with the trash and he’s like YUP BYE.

Zari goes to slap him and instead of getting the satisfying sound they all deserve to hear, it goes right through him. They realize he’s astral projecting, so he disappears. The real Constantine is on the Waverider with Bishop, and when he warns him the Legends are onto them, Bishop short circuits Gideon and takes off in the stolen timeship.

Astra and Spooner feel the Waverider take off and when they realize their captains aren’t on board, they immediately know something isn’t right. 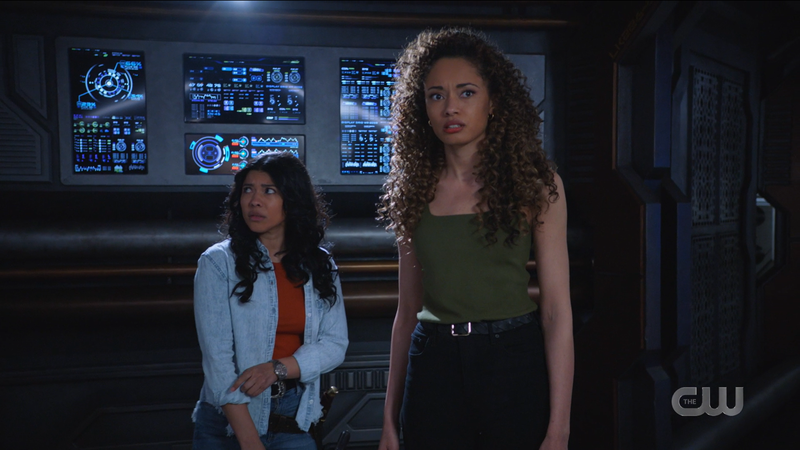 I might never stop screaming about this height difference. I’m obsessed.

Astra uses magic to hide them (AS A FORK AND A SNOW GLOBE) as Constantine and Bishop come into the room.

Constantine and Bishop talk about the fountain and agree to find it together; Constantine uses magic to decode a map and Bishop reads it. They twirl their metaphorical mustaches and head off to set the Waverider on course to find the fountain. Spooner and Astra (aka Spatula) reappear and are quite stressed by this turn of events.

They consider going to find the rest of the team but Gideon is still down and they have no idea how to drive the ship, so they decide to stop the boys themselves. 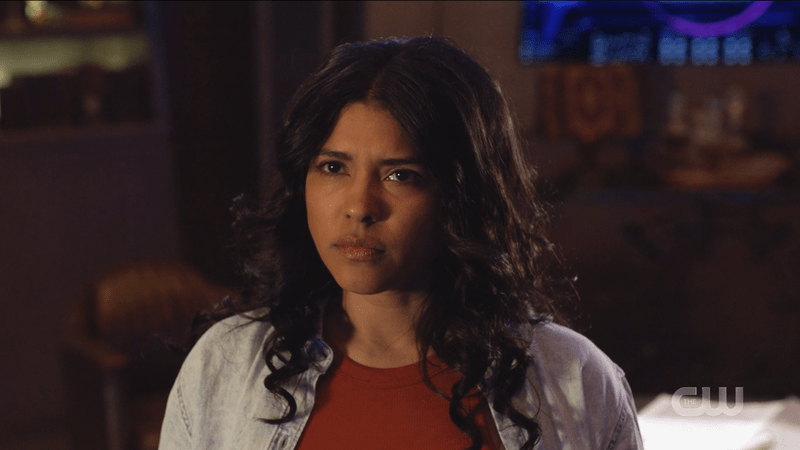 When the ship lands, they sneak off the Waverider and find themselves in Texas, 1925. A truck pulls up and unloads an injured man and a woman appears to help from the crowd. Spooner hears her voice before she sees her and she’s not sure how she knows, she’s not sure how it’s possible, but she’s pretty sure this woman is her mother. 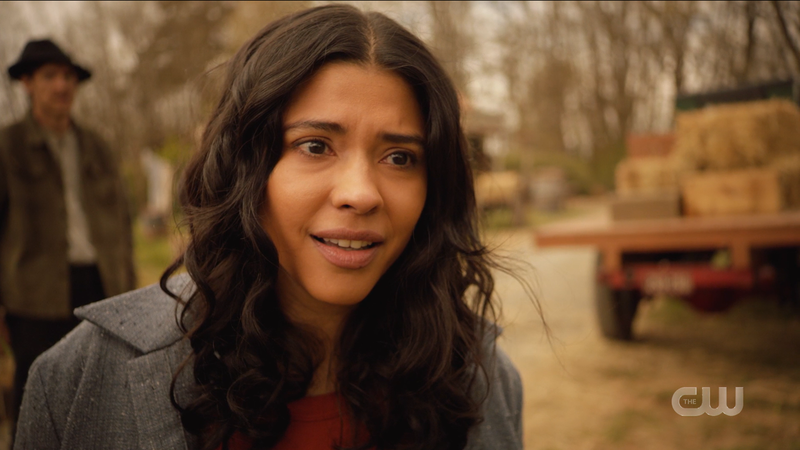 I didn’t really realize how rare Spooner softness was until this very moment.

Spooner watches as the woman patches up the wounded man with ease and stands near her as a grumpy man approaches. The woman calls him Doc and what starts out as a seemingly kind gesture of compensating the woman for her medical services quickly turns into a request to buy her land, his tone turning threatening as he calls her sweetheart. She immediately says no like it’s not the first time she’s had to say it so Doc steps up and reveals his gun in its holster. Spooner steps in front of the mystery woman and does the same, and Astra steps right behind her and spits Doc’s sweetheart back in his face. 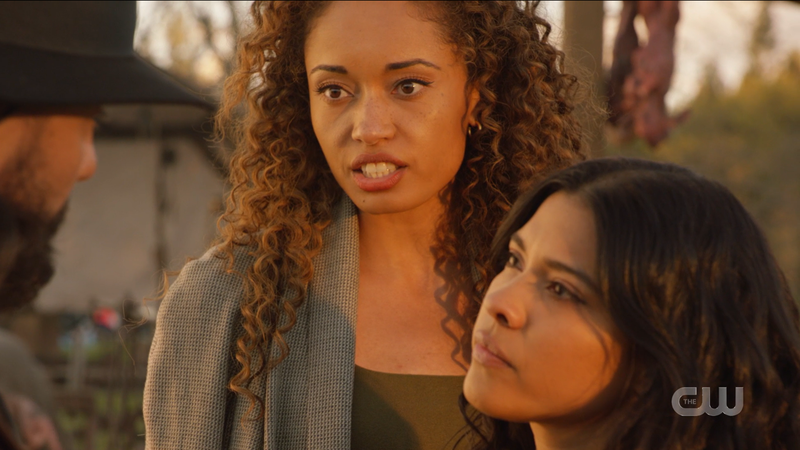 It’s the patriarchy smashing for me!

When Doc backs down and finally leaves, the woman introduces herself as Gloria and invites them home for a hot meal in exchange for their help. Astra is worried about Spooner getting her hopes up; there’s a possibility this woman isn’t Spooner’s mom. Spooner says she knows that’s true but also she has to find out for sure. And she knows Astra of all people understands. Astra reluctantly agrees, but only if they can ask her about the fountain while they’re here. 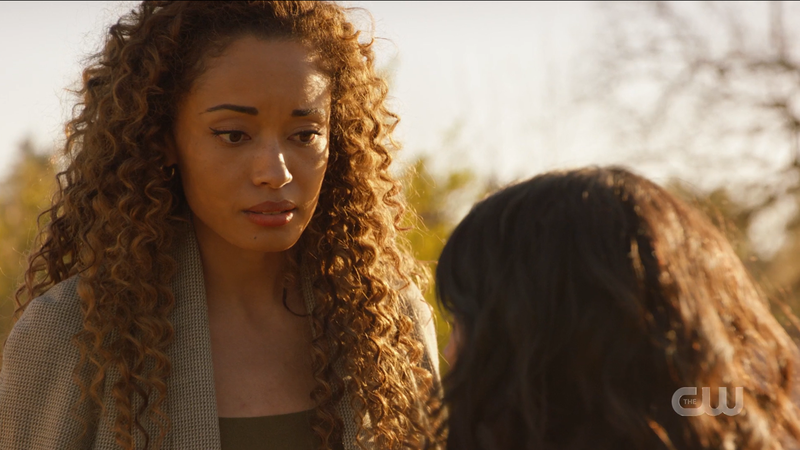 Literally only Spooner could boss around the former Queen of Hell like this. Despite being half Astra’s size.

Out in the forest, Bishop tells Constantine that he has a theory that the fountain is actually an alien, and tells his new bff that if he can summon the fountain, Bishop can make sure it deems Constantine worthy this time. He just needs to take a sample back to the Waverider. While Bishop gets to collecting, Constantine hears someone whistling and follows it. Which is quite the opposite of what I would do if I heard whistling in the woods. The only two types of people who whistle in the woods are children and serial killers and frankly it’s not worth the risk.

He claims he’s a healer and shows her some sparkly magic, asking if she’s seen something like that growing around here. She says no but gives him a flower to thank him for showing her the dancing lights, and as he reaches out to take it from her, he gets a flash of a vision. He asks her name and she says one he’s heard before: Esperanza Cruz. 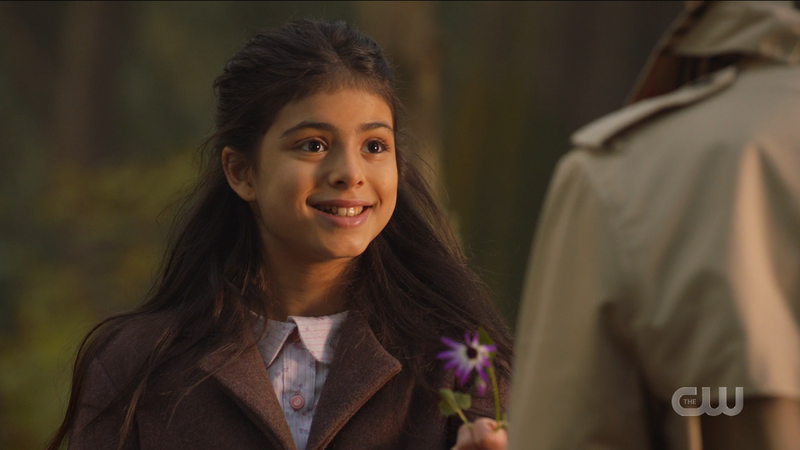 Baby Esperanza is so free and smiley. Breaks my heart to think what she had to go to in order to become the Spooner we first met in her anti-alien hideaway.

While talking to Gloria, Astra realizes that Spooner is right. She hears Gloria’s daughter start to come home, and hears Ava’s voice in the back of her head and she tells Spooner to think of the timeline, almost reflexively, like it came from a place inside her she didn’t even realize she had. But Spooner can’t just LEAVE now. Not when the woman she has been looking for her whole life is mere feet away.

When little Esperanza runs inside, Constantine is right behind her. And color him surprised when he steps into the room and sees his old pals Astra and Spooner glaring back at him. 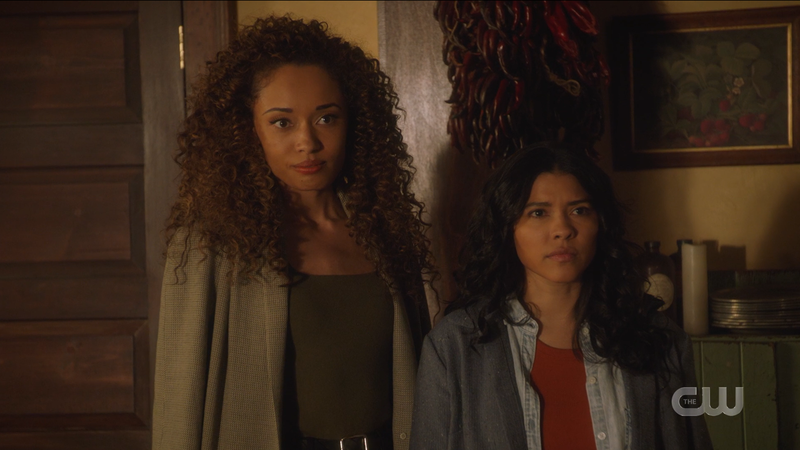 Back in the mansion, the rest of the Legends are trying to think of a way to catch up with their stolen ship without…well, their stolen ship. Mick is determined to get back to his eggs and the mention of the spawn gives Sara an idea: Gary should call Kayla. In fact, Zari insists. So Gary gets an intergalactic communicator. 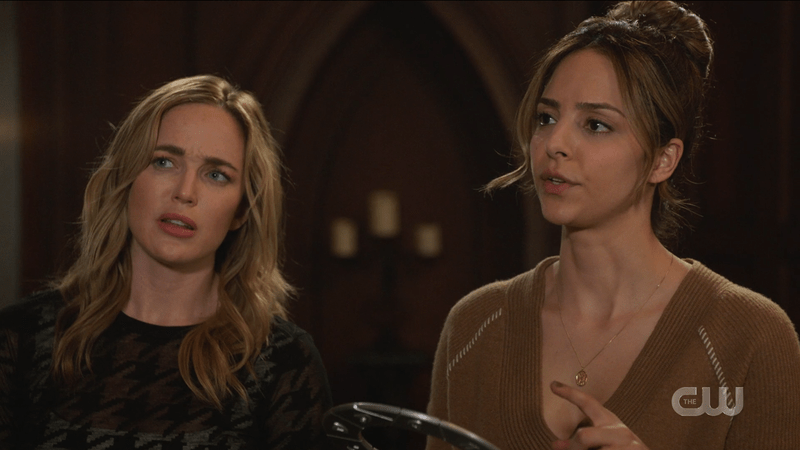 Gary says if he just calls, she won’t answer, so they have to get her attention a different way. So the Legends work together to get Mick set up with some fake eggs and post on an alien social media site and wait for Kayla to take the bait. 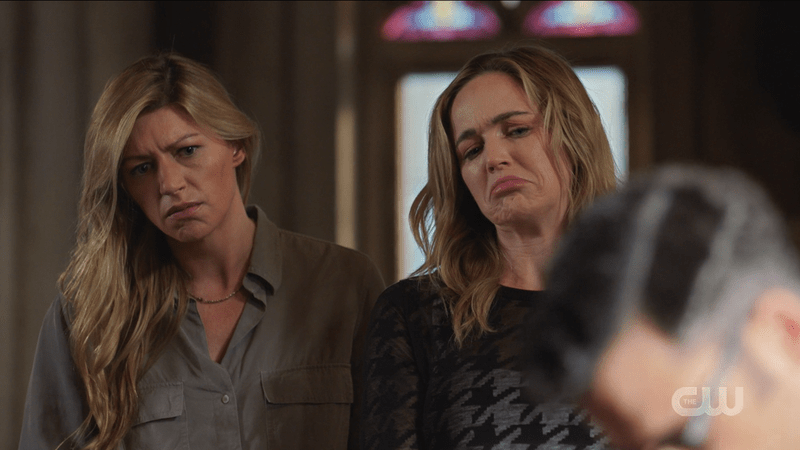 Even though they weren’t part of the main storyline, I loved the way Sara and Ava still had cute little moments in the background of scenes. Glances exchanged, etc.

Astra, Spooner and John join Gloria and Lil Esperanza for dinner, impressed with Esperanza’s love for War of the Worlds, having a lovely time. While Astra shoots beautiful, beautiful death glares at him. 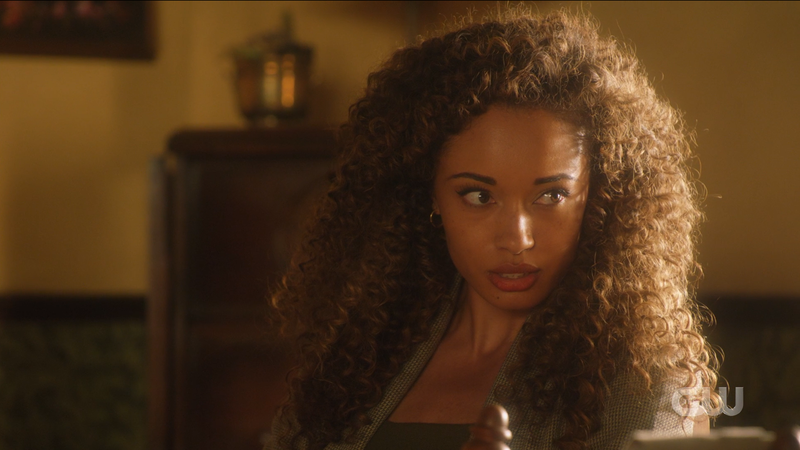 Constantine tells Spooner that he had a vision and once again doesn’t even CONSIDER asking for consent, he magically knocks Gloria, Esperanza and Astra out and grabs Spooner’s hands and shows her a vision. And like, he knew what this vision would be of! He’s already seen it! It’s the worst moment in her life! And he doesn’t even warn her!!

NEXT PAGE: SHIPPING AND I’M NOT SORRY.