Previously on Legends of Tomorrow, Sara got blasted by a god and woke up with physical blindness but also foresight, Charlie revealed that she’s actually a Fate named Clotho and she once broke the Loom of Fate, and Astra joined the Legends to try to put the Loom of Fate back together so they could make a few wee changes to the timeline, like bringing Behrad and Astra’s mother back to life.

We open on the Waverider, where the team is looking for clues. They know they need three substitute Fates, and Astra is too much of a control freak to not be one of them, and Sara figures she’s already a totem-wielding vigilante ex-assassin resurrected paragon with foresight, so why not add ‘god’ to the list. She’s starting to get a hang of her powers and is helping Zari avoid reading books. Gary brings her sunnies to protect her blown-out eyeballs but I think it’s more for other people than her because she’s doing just fine. 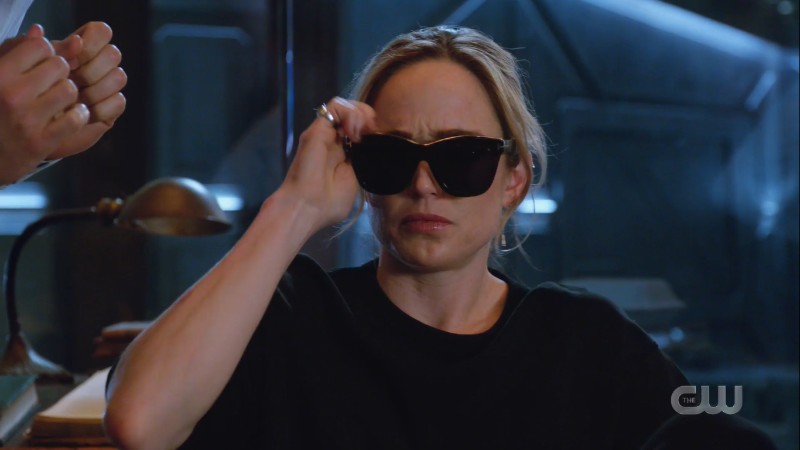 “I mean, it certainly doesn’t HURT the lewk.”

In one of the books, they find Dionysus’s goblet would temporarily turn them into gods. Nate recognizes the goblet from his college days; the frat bros at a rival school would use it for a Chug Contest that made them feel invincible. Sara, feeling more and more like her old self by the minute, rounds up the troops and says we’re going Greek. 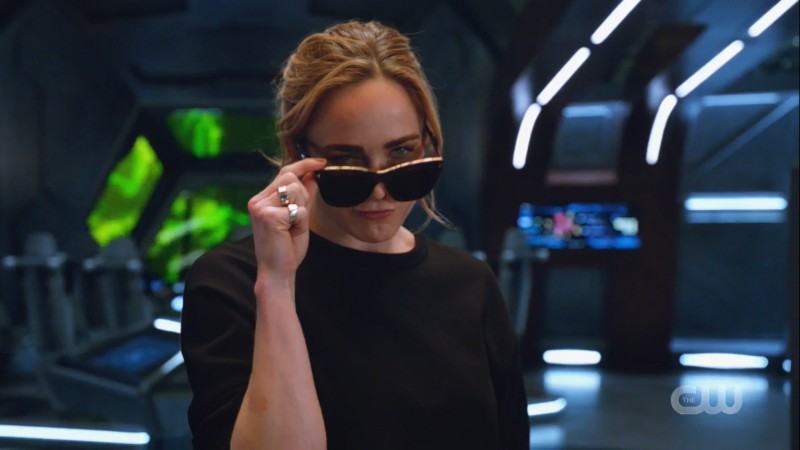 Honestly if we can find a way to make sure Caity always has some kind of prop for these bits, that’d be swell.

Ava and Sara are talking about the plan to infiltrate the college but Sara isn’t sure she’s ready to navigate through drunk college kids on a campus she’s never set foot on before. Besides, can you imagine the kinds of things those youths would be getting up to later that night she might have to see? 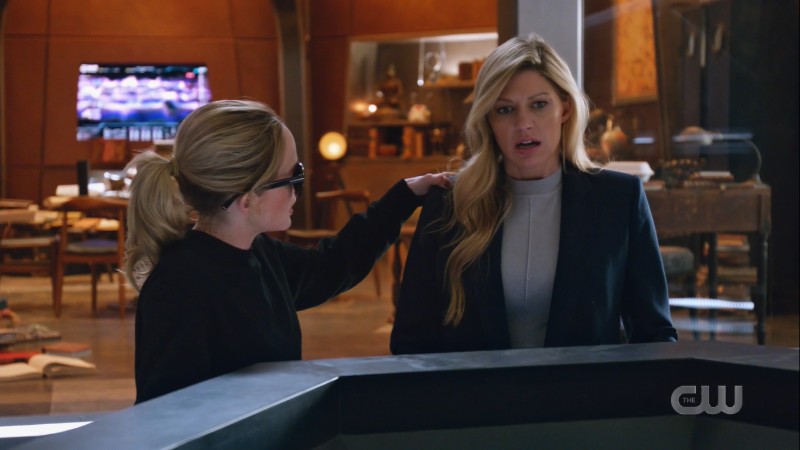 “It doesn’t take god-granted foresight to know what’s going down after a frat party.”

So Ava is going to have to go it alone. Ava is worried about fitting in with college kids; she probably didn’t even fit in all that well her first time around and those are fabricated memories anyway. Lita walks in just then, and calls Ava “Aunt Ava” which tracks because she was there for so many of the new memories Mick made, and it’s very cute. Ava asks for her help with the college situation, and she happily agrees.

The Legends (sans Sara) head to school, dressed like college kids, Ava in a mascot outfit, because of course she is. 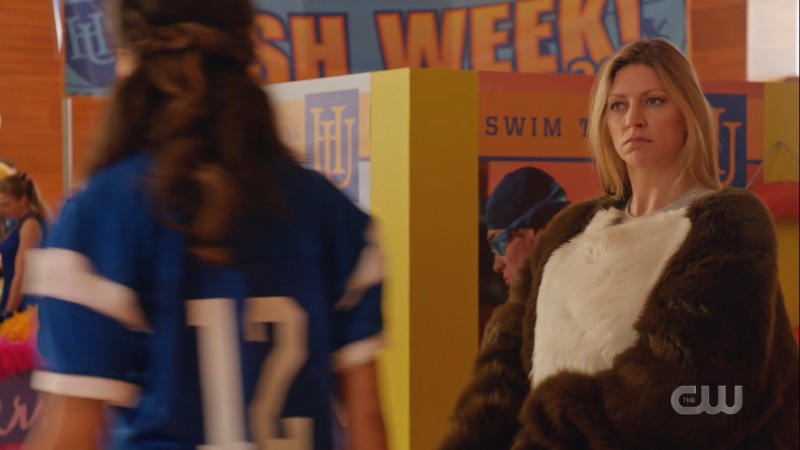 Astra wants to just smash and grab, but Charlie tells her that she needs to prove she’s a team player if she wants Charlie to trust her to use the Loom with her. Astra huffs but follows along. For now. 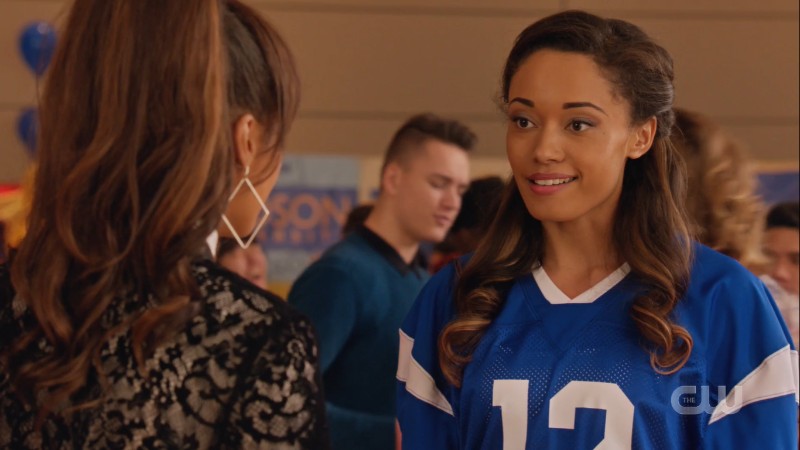 Whoever decided to put Astra in a jersey deserves a costume design award. All of the awards.

Nate notices that Dion, who was head of the chalice-bearing frat back when he was in school, still seems to be the head bro in charge. But Charlie recognizes him; it’s Dionysus himself. She tells him it’s Clotho and he’s pumped to see his old pal the Loombreaker. Giving everyone free will meant way more parties, which is absolutely his jam. Astra is sick of chit chat and tries to just grab the chalice, but Dion says that in order to drink from the cup, you have to be Greek, win the Chug Challenge and be deemed worthy. 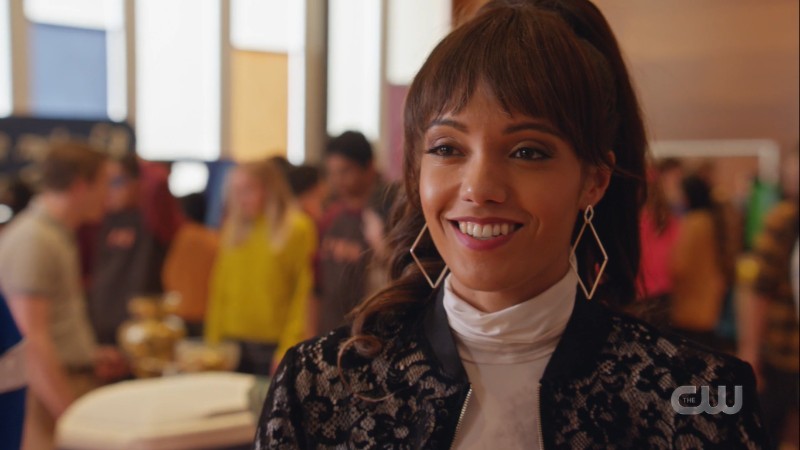 Someday my heart is just going to give out because of Maisie’s smile.

Sara is highly entertained by this turn of events, and says that two of them have to rush a sorority to get into that Chug Challenge. Astra and Charlie are chosen for this mission, and they sure look the part, but it’s not too long before Astra’s impatience gets them booted from the rush event. 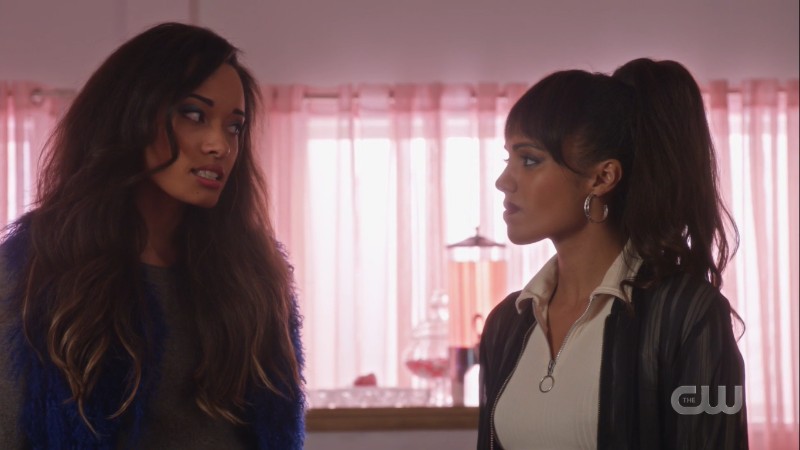 Enemies-to-lovers is a trope for a reason.

When they return to the ship empty handed, Astra blames Charlie, Charlie blames Astra, they start to fight a little, and I start chanting KISS KISS KISS because I am a lesbian trash panda. Ava and Sara break it up before they can come to blows. 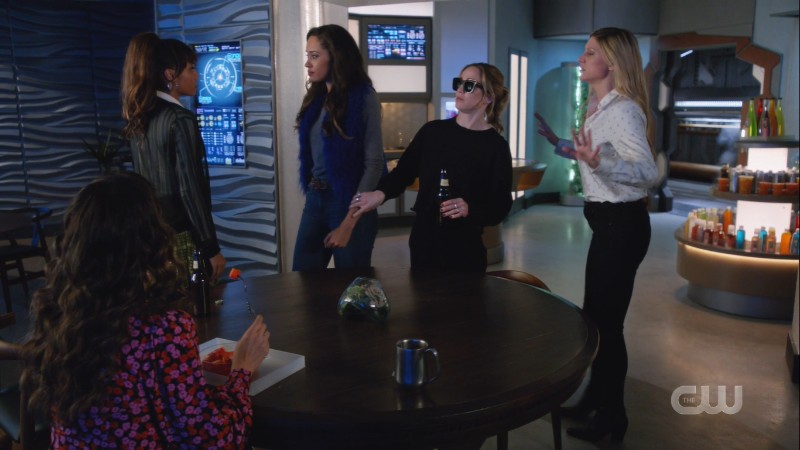 I can’t wait to watch this episode 5 more times so I can focus on a different person each time. So much hidden gold.

Also, Sara gets a wee vision of Astra stabbing Charlie with Zari’s fork, so Zari tucks the fork down her cleavage, because this entire episode (well, all the episodes, but especially this one) was full of adorable and hilarious background moments.

Zari has a new idea: let’s start our own sorority. At first it seems like a lot of work, but the gals are up for the task…mostly. 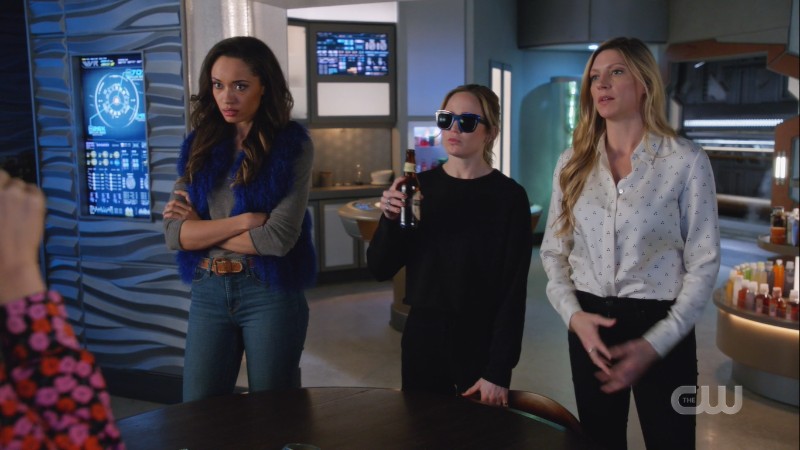 Meanwhile, Mick ditches Lita with Nate on a tour of the campus and Nate and Lita decide to infiltrate the frat to get intel. The frat, by the way, is called Sigma Psi Phi, which means they were shouting “sci-fi” a lot, which gave me a good giggle.

The name of the girls’ sorority also made me giggle, not only because the Greek letters written out kind of look like AXE, but also because written out in English letters, Delta Chi Sigma is DCS. Perfect for the show my dad and the TV Guide exclusively call, “DC’s Legends of Tomorrow.” 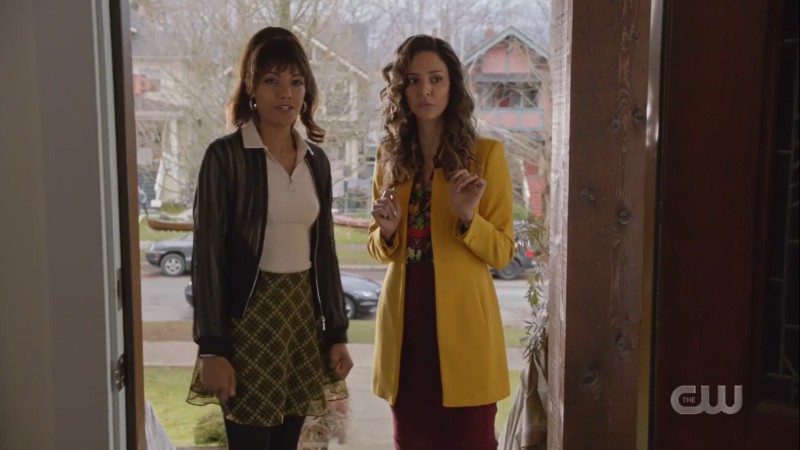 I still ship Zarlie even though I accidentally started shipping Astra and Charlie, don’t worry. When in doubt, throuple it out.

…and recruit the three outcasts that Astra got kicked out of the rush event to join. 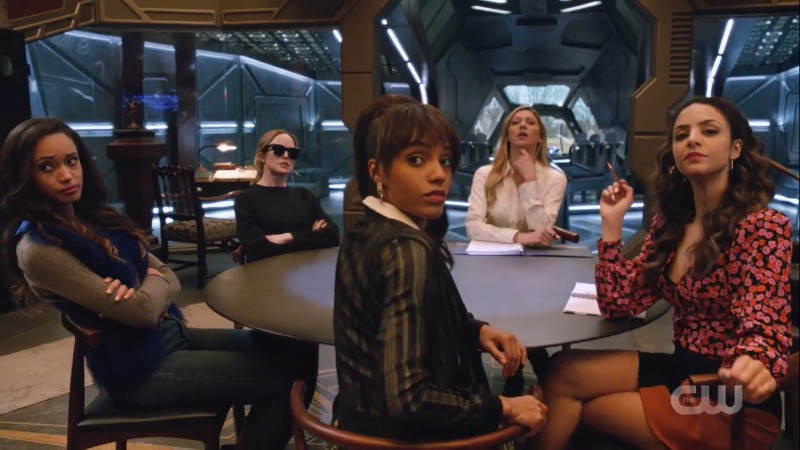 Nothing but respect for MY knights of the round table.

Sara, much more familiar with the mansion’s layout, takes her rightful place as leader and gives a rousing speech to their new recruits. 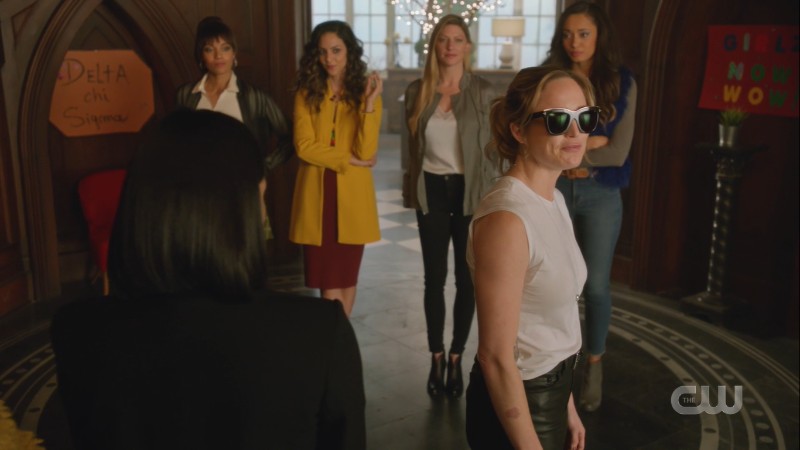 Well…she gives her speech NEAR the new recruits.

She welcomes them to the sisterhood, and they want a motto. First they try that improv game where they each add a few words to it, but the ended up with “Sisters are the glue that greases the wheel of time” which makes about as much sense as having to infiltrate college Greek life to become a god and save some lives, but Ava comes up with a more universally beloved motto: “We might not have it all together, but together we have it all.” Which is a Legends slogan if I’ve ever heard one.