One great thing about having Netflix in the British Isles is that you find out there’s a lot more to BBC programming than Doctor What and Benadryl Cucumber. If you don’t have regular access to British television and you like television shows that feature lesbians who are not teenagers or Los Angeles residents, then you’re missing out. Let me introduce you to the fantastic show you’re sleeping on: Last Tango in Halifax. 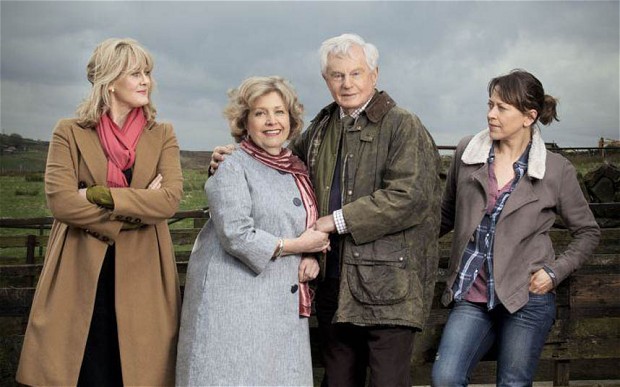 Adorable darling imperfect perfect human beings, all of you.

Last Tango in Halifax is about a lot of different kinds of relationships — parents and children, lovers and ex-lovers, even brothers and sisters. All of the relationships are explored and fleshed out in really lovely and realistic ways, whether through dramatic turns or everyday human interactions. One of the best things about Last Tango is that the relationships themselves are some of the most compelling I’ve seen on television, and they’re also some of the most underrepresented. Ageism? Not on this show. An elderly couple as the central romance (and one of the most adorable and endearing on television today)? Absofruitly. A middle-aged lesbian couple that includes a woman of color? And how!

I could go on and on about all the little gems that make up this show, but I don’t want to give too much away. Instead, let me gush about how fantastic Caroline is, because Caroline is fantastic. It’s no secret that I have an extremely huge soft spot for high-powered lesbians in positions of authority who shut down dumb guys and know how to take charge. The more I think about it, the more I genuinely believe that the best thing we have in the queer community is a surplus of women who fit the HBIC category, and Caroline is a fantastic example of exactly that kind of lady. Oxford-educated smartypants, respected headmistress, and occasional hot mess of a person, Caroline is in her mid-forties and is the divorced mother of two boys. Her husband is cheating, but she’s also been having an affair with a female colleague. Her mother Celia, one half of the show’s main couple, has recently reunited with her childhood sweetheart, and this unconventional heartwarmer of a romance is a catalyst for Caroline to finally come out to her family and be open about her relationship. Celia doesn’t take it well, nor does Caroline’s ex-husband, and Caroline maintaining her Type A take-charge lifestyle while navigating the fragility of being in love and being a parent and being a daughter and being a human being is one of the best portrayed narratives on the show. Plus her relationship with Kate is genuine and sweet and complicated and hard, all of which is to say that it makes you want to tear your hair out in sympathy sometimes, which I think every decent show should inspire in its audience. 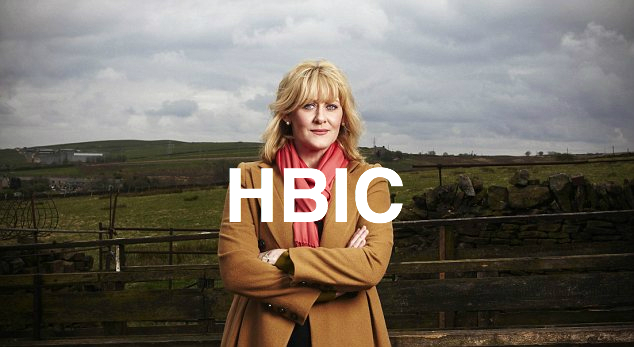 This show is important. How often do we get to see a late in life coming out story? It’s just plain necessary that narratives like these, especially ones that deal with motherhood and divorce and what it means to leave the closet after more than twenty years of knowingly inhabiting it, get told, and it’s even more important that they’re told well. Last Tango shows us so many things we rarely get the pleasure of seeing in our LGBTQ media, and it shows us in a way that’s compelling, brave, and endearing. I would dump all kinds of tea in my harbor to make sure all the queerios can have access to this little treasure.