Hanging right beside my desk in my office are framed and autographed copies Strangers in Paradise #90, Francine and Katchoo standing side-by-side on the covers, together at last in the final issue of Terry Moore’s beloved and long-running comic book series about — well, organized crime and birth family and chosen family and childhood abuse and sex work and art and music and friendship and, most of all, two women in love. There’s nothing more formative to my existence than Strangers in Paradise. I remember the day a comic book store owner pressed the first trade paperback into my hands, the exact panel I was looking at when I realized I’m a lesbian, the way I handed the series off to friend after friend as a way to explain my whole queer deal to them, rushing to the mailbox to check for new issues, and holing myself up in my room to scrutinize every fresh page for years and years of my young gay life. So it was no small bit of trepidation I felt last week when I opened up Strangers in Paradise XXV, Terry Moore’s return to my gay bbs on the 25th anniversary of their very first issue.

Rumors about more SiP stories have been around nonstop since the series ended in 2007. Every new comic con, every interview with Moore seemed to tease a resurrection. There were whispers of a novel, a TV show; most recently Angela Robinson was reported to be adapting the series for the big screen. But with the exception of a few sketches and one-off books, Francine and Katchoo stayed locked safely away behind the literal door that closed on the final page of their final book: in a nursery in their home with their babies. 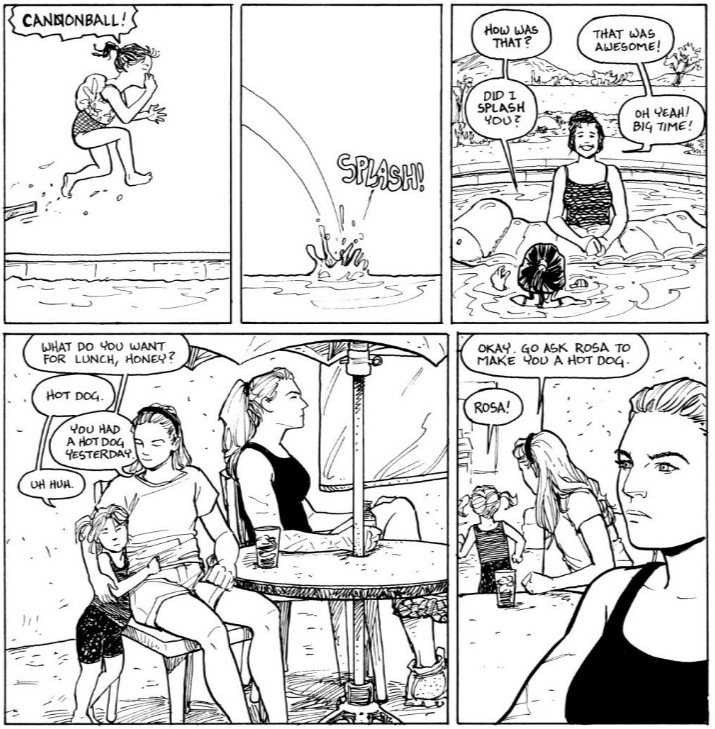 Strangers in Paradise XXV opens with the light streaming out of that same door, thrust wide open after 11 years. However, a decade hasn’t passed inside the book. Katchoo and Francine’s kids are young, maybe four, splashing around in the pool with Mama F and begging hot dogs off of Mama K. Katchoo’s half-sister, Tambi, is there too, just returned from a trip to see her girlfriend(?) Casey. They’re happy and carefree, all smiles and affection and acquiescence to their kids. Things are never that easy, though. Tambi breaks the news that a former Parker Girl (the organized crime syndicate Katchoo was a part of in her youth, and the main thing that kept her and Francine apart throughout the original series) is running her mouth to the Feds, which could mean jail for life — at the very least — for the sisters with the shady pasts. Tambi also briefly rehashes the plot of Echo, Moore’s horror-sci-fi series that followed SiP. Because Strangers in Paradise XXV is going to tie all of Moore’s comic book series together!

Katchoo pulls the ultimate Katchoo in the wake of this news, taking off on a covert mission without telling Francine, running a scam with some Dickensian street kids to steal a guy’s phone to track down his wife (the aforementioned Parker Girl) and then breaking into her house and threatening her husband when she finds Laura Higgs has bolted. It’s secrets and intrigue and lesbian looooove and just so very Terry Moore. 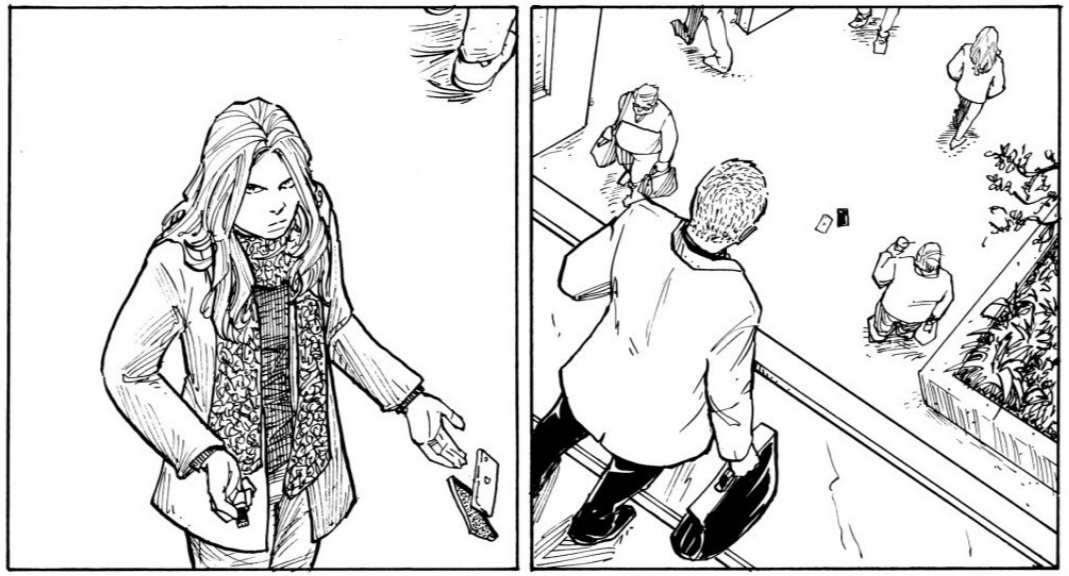 There’s always a danger in engaging with a rebooted series that means so much to you. Will the fictional relationship that helped you piece and hold yourself together fall apart? Will the characters stay true to your memory of them? Will the original ending, that tried and true thing that feels like a tent pole holding up the shape of your heart, hold firm? I actually bought and opened Strangers in Paradise XXV hoping to find a reason not to read it. Maybe I wouldn’t recognize my beloved characters, maybe they’d be unfamiliar to me, maybe I’d changed enough or Terry Moore’s art or storytelling had changed enough that they wouldn’t resonate, land, pierce me. But no. The moment Katchoo appeared, scowling up at the man she was conning, I was all in all over again.

Join A+!
Related:strangers in paradise