We started with 64 characters and their coming out stories, across four regions, and went through six rounds of voting, with thousands of votes cast, all to crown a National Champion of Coming Out Stories. And, now, we have our winner: congratulations to Juliana Valdés of Univision’s Amar a muerte on being selected as the best coming out story by Autostraddle readers. 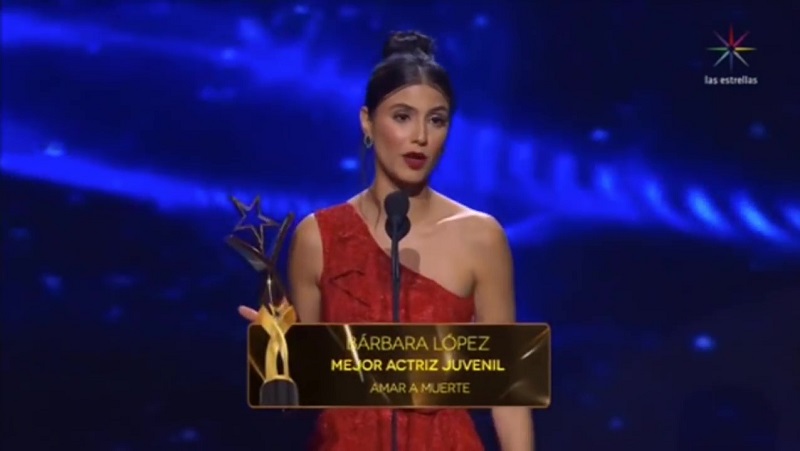 Juliana looked like an early favorite to win the region, right out of the gate: easily besting Liv Flaherty of Emmerdale in the first round and Sara Millán (Oscar) of Las Chicas Del Cable in the second. With each round, Juliana seemed to pick up steam, even besting the other half of her portmanteau, Valentina Carvajal, in the International regional finals. At that point, it became increasingly clear that the #Juliantina fandom would not be denied. The same fan energy that drove Amar a muerte to a record setting 14 wins at the TVyNovelas Awards — including one for Juliana’s portrayer, Bárbara López, in the Best Young Lead Actress category — earned Juliana the easy victory and the championship. 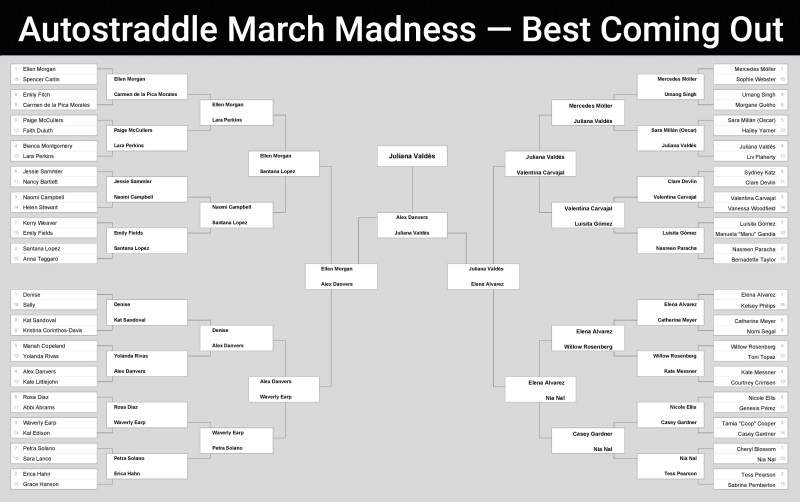 It is, admittedly, a little bittersweet to see the March Madness victory go to another storyline that’s run its course. Last year, we crowned our March Madness champion just after Netflix decided not to renew Everything Sucks for a second season. Our contest became a conduit: a way for fans to express their love for the show, to share their grief over losing such valuable representation and to urge Netflix to reconsider their decision. It wasn’t about the contest or anything I wrote, March Madness was about the fans…and so it is this year, with Juliana Valdés of Amar a muerte. A way for fans to express love for the show, and for this character in particular, and engage in the public mourning over the representation that’s been lost. Fans of the Juliana and Valentina have launched a petition to urge the production company to consider a spin-off. They absolutely should.

Back in 2017, GLAAD released a report called Still Invisible that looked at programming on the three major Spanish-language broadcast networks (Univision, UniMás and Telemundo) and found a dearth of LGBT representation. Of the 698 characters on the networks’ scripted primetime series, only 19 were LGBT characters — or, roughly, 2.7% of characters — and, of those, just 6 were women. To put that in context, GLAAD’s annual “Where We Are on TV” report noted that American primetime television achieved that same feat nearly a decade ago: with LGBT characters making up 2.6% of primetime characters during the 2008-2009 season and 3% of character in the following season. 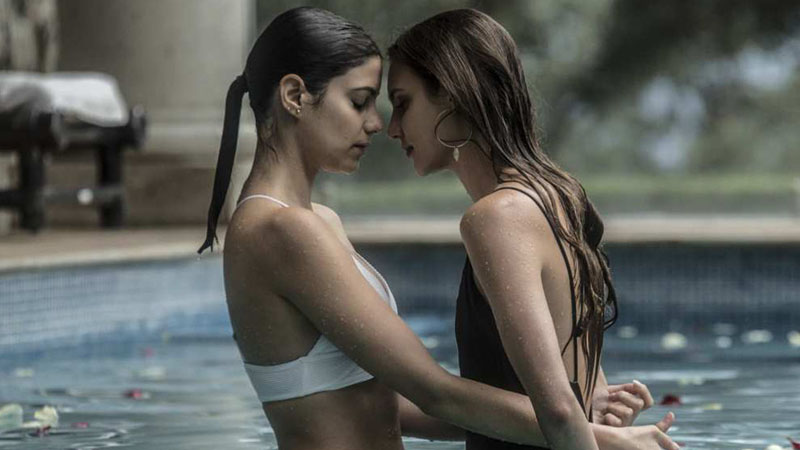 Juliana and Valentina share their first kiss. A groundbreaking moment on Spanish-language television.

Those numbers are evidence that Spanish-language television needs to do better by its audience. Viewers deserve more programming that’s reflective of the world they live in. While some people will point to the strain of conservatism and religiousity that exists in Spanish-language households as justification for limiting the inclusion of LGBT storylines, the numbers tell a different story. At the same time Juliana and Valentina’s love story was ramping up on Amar a Muerte, Univision was experiencing its one of its most successful quarters to date. The network finished 2018 not only as the leading Spanish-language channel on network television but also as the only broadcast network — Spanish or English — to post audience gains during the fourth quarter. Univision’s success, particularly among younger viewers, should serve as a lesson to television writers and creators: there is no assumption about an audience that cannot be undone by deep and thoughtful storytelling.

Amar a Muerte gave audiences that with Juliana and Valentina. It isn’t a ratings ploy. It isn’t a sensationalistic storyline that ends in death. It’s love and, given the opportunity, any audience would embrace it. Even if you don’t speak Spanish, let go of whatever reluctance you might have about consuming a love story via subtitles, because the things that defy words — the connection, the chemistry, the longing — are so palpable, you barely even need them. You’ll see yourself in the touches and glances between friends that start out platonic but become something more. In the scene where Juliana comes out to her mother, her defiant stance tells you everything you need to know: Juliana refuses to let anything come between her and the woman she loves.

“This isn’t wrong. Love is not a perversion, okay? And you know what? This is the most beautiful thing I’ve ever felt in my whole life,” Juliana insists, as she slips her hand into Valentina’s.

That coming out scene stands out for two reasons: first, it’s another opportunity for Juliana to showcase her strength. From the moment she meets Valentina in the park, she’s her anchor: a steadying and calming force even as the world throws one calamity after another at them. Juliana is willing to risk her relationship with her mother to hold onto this love she’s found…and there’s not a second of indecision on her face, as she puts herself between her girlfriend and her mother’s threats. Second, it’s another example of Amar a Muerte being forthright in affirming the identity of queer women. Everytime Juliana and Valentina are confronted with homophobia, it’s batted back with a full-throated defense of their right to love who they want.

I hope that Juliana and Valentina live on, on-screen, one day. While I’m thrilled that they got their happy ending, there is so much more story to be told with these two fully-realized characters, that it’d be a shame to lose them after one series. That said, Juliana and Valentina have emerged — like a rose from concrete — from a genre that hasn’t been hospitable in its depictions of LGBT stories and, maybe — hopefully — they will usher in change…even if they’re not around to lead it.