If you get all your news from The Daily Show, as so many of you do, you’ve probably been aware that the coolest rally to ever happen (since the one where Forrest Gump’s microphone broke and Jenny walked out of the National Mall pool) took place on Saturday in Washington DC.

Stephen Colbert wore a crazy outfit and sparred verbally with Jon Stewart while ushering in various superstars of stage & screen including but not limited to The Roots, John Legend, Tony Bennetr, Kid Rock, Sheryl Crow, Sam Watterson from my favorite show Law & Order, Ozzy Osbourne and Cat Stevens/Yusuf Islam (at which point I freaked out that Cat Stevens had come out of hiding and then I read his Wikipedia entry and realized he came out of hiding like ten years ago and his name is Yusuf now and he was somehow placed on a terrorism watch list a while ago just for being Muslim, who knew). It went really well! 10,000 people were transported via HuffPo buses and projected attendance numbers right now are somewhere in the neighborhood of 215,000. (@buzzfeed) (@jezebel) (@huffpo)

One thing’s for sure: Arianna Huffington LOVED THE RALLY: 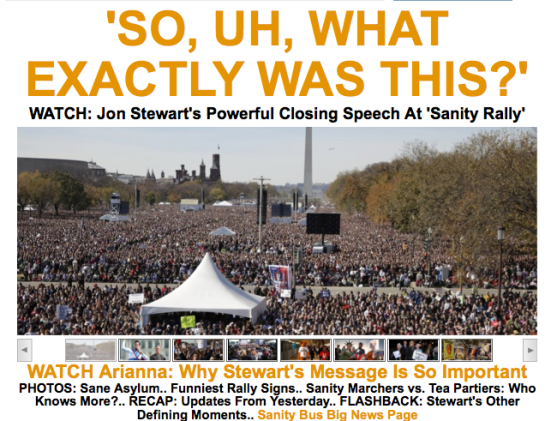 The “message” of the rally was basically that the extreme anger fostered by the media is ridiculous to the point of being HILARIOUS, that reason, logic and patience should rule discourse, and that everyone should stop complaining about paying taxes because wars/roads/schools cost money. There were a lot of signs. They were pretty clever signs because these are, you know, lefty liberal media types. 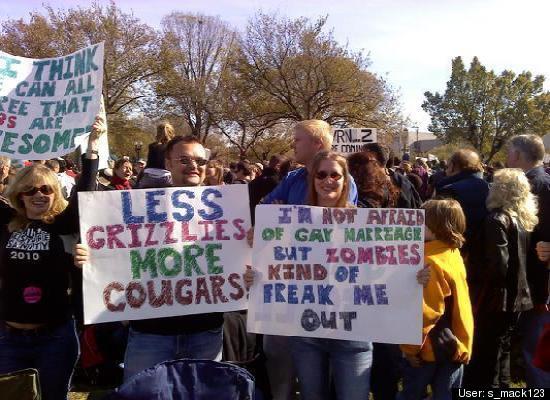 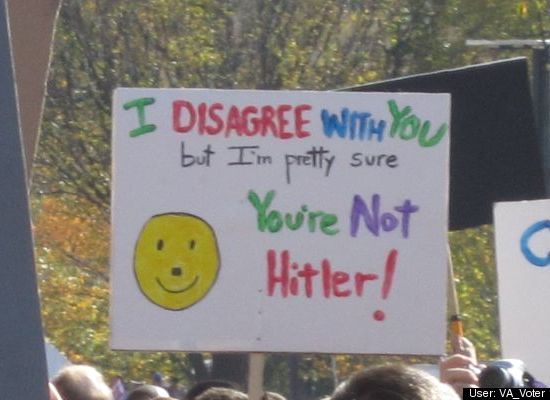 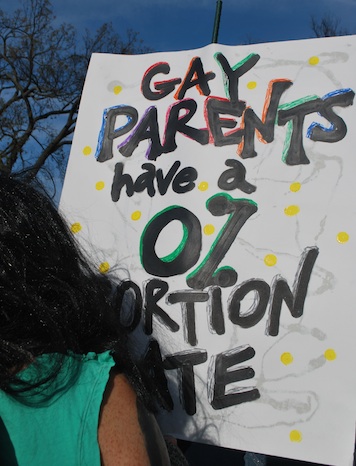 Although we were all adequately prepared for a comedy show with a sneak-attack Powerful Message (like The Colbert Report and The Daily Show in general, really), we were not prepared for an ending speech which GOT US RIGHT IN THE HEART as Jon Stewart’s surprise-serious-speech did. Though overall responses to his closing speech were mixed, our response to his closing speech was overwhelmingly positive because, as we’ve sort of touched on before, this is an absurdly relevant and, honestly, somewhat unspoken point:

“If we amplify everything, we hear nothing.”

“Not being able to be able to distinguish between real racists and Tea Partiers, or real bigots and Juan Williams or Rick Sanchez is an insult, not only to those people but to the racists themselves, who have put in the exhausting effort it takes to hate. Just as the inability to distinguish terrorists from Muslims makes us less safe, not more.”

“The press is our immune system. If it overreacts to everything, we actually get sicker. And perhaps eczema. And yet, with that being said, I feel good. Strangely, calmly good. Because the image of Americans that is reflected back to us by our political and media process is false… why would we work together? Why would you reach across the aisle, to a pumpkin-assed forehead eyeball monster?

If the picture of us were true, of course our inability to solve problems would actually be quite sane and reasonable–why would you work with Marxists actively subverting our Constitution, and homophobes who see no one’s humanity but their own?

This seems particularly relevant to online media as well as the 24/7 cable news machine Stewart was referencing. The internet has become a place where people often cry wolf just to fill space, and that’s not necessary. As we go forward we think people will begin to value media which gives stories of great import the time and attention they deserve, media which seeks to not just report everything on a given topic but choose what to report. Stories that deserve your attention with great national import should get the time and attention they deserve. Just because the internet can be as many pages long as we want it to doesn’t mean that it should be — space is real estate, and it’s difficult to figure out what’s important when everything visually provides the same cues.

ANYHOW WE LIKED IT.

Someone stole my Halloween costume. This someone was Tao Lin and also every hipster. I have been planning on being Tao Lin for Halloween for literally two to three weeks now. Then he goes and tweets about it. Motherfucker.

He is referring to this. Duh. Does anyone have any alternate ideas for Halloween costumes. I’m open-minded. (@hipsterrunoff) 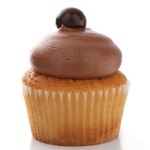 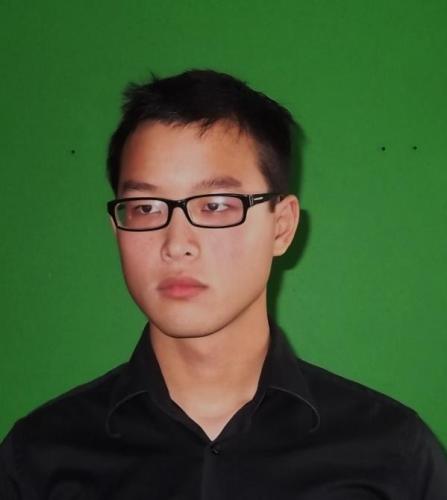 Sometimes it’s funny! If you try really hard to make it that way! And sometimes you have to because otherwise you wanna just cry all the time! (@jezebel)

Kurt is totally gonna get laid. Ok maybe just kissed. Whatever. We take what we can get. “In Glee’s next new episode (two weeks away!) “Never Been Kissed,” it looks like Darren Criss’ Blaine, whom the actor describes as “such a cool guy, and I really hope he ends up being a really positive role model and source of strength for a lot of people, gay or straight—for any teen, really.” (@queerty)

I don’t know. We love this man. No apologies. These are scans of his latest interview with Esquire. We love scans because we not-so-secretly still love print magazines, and also because it has all these smokin’ hot pictures. (@ontd)