A deaf butch human warrior. A Black elf queen. Enemies to begrudging comrades. Comrades to tentative friends. Tentative friends to… future wives. That’s right! This year, while “grown-up” fantasy fans have been subjected to endless balks at queerness, and racist screeching that characters of color don’t belong in Star Wars, House of the Dragon, Lord of the Rings, and The Little Mermaid, Netflix’s animated series, The Dragon Prince, has continued to grow and develop a dozen fantasy POC characters, including Sunfire Elf Queen Janai, newly and queerly engaged to her former foe, disabled badass Amaya. Tolkien truly could never. 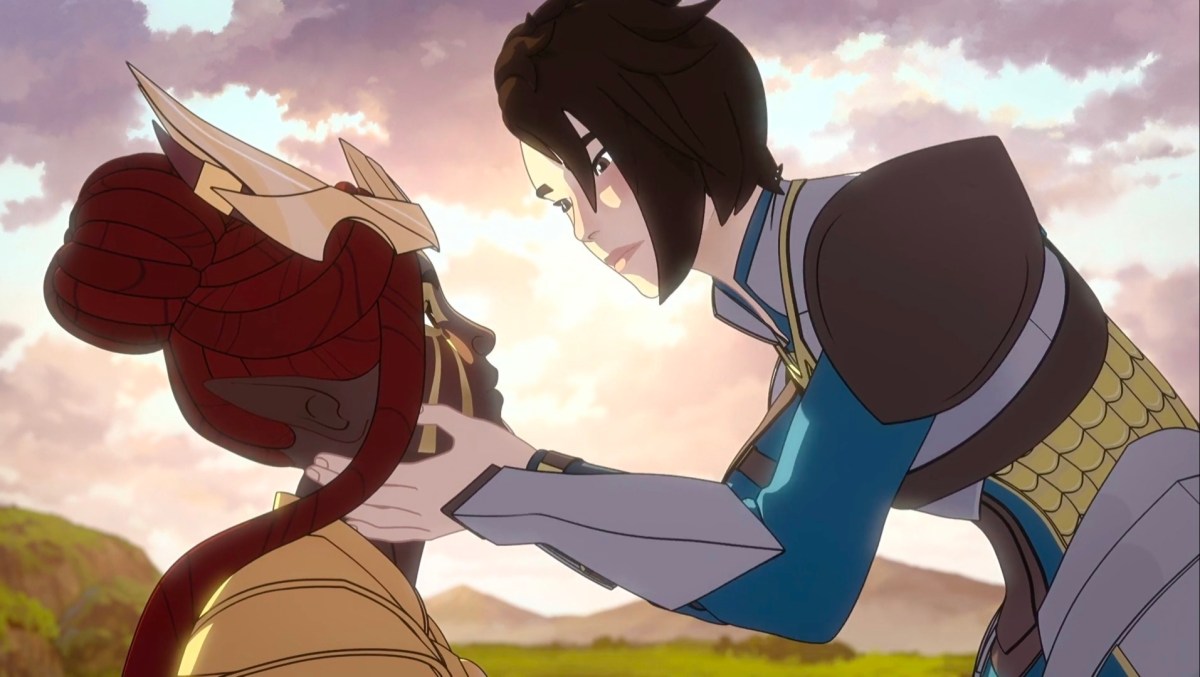 In season three of The Dragon Prince, General Amaya is captured by the Sunfire Elves. Janai sees her as nothing more than an enemy prisoner. But over the course of the season, Amaya find herself trusting and relating to Janai. Ultimately Amaya joins the Sunfire Elves in their battle against their enemies, and Amaya keeps Janai from riding to her death after her sister is killed. They smile at each other a little bit. They say thanks. They hold hands. And in the between-seasons time-jump, they fall for each other!

Season four, which landed this month, opens with the two of them getting engaged in an elaborate and romantic ceremony that nearly made me swoon right out of my skin! You might think it sounds like a cop-out, to miss out on their courtship, but actually it sets them up to have one of the most mature queer relationships on TV.

Until a few years ago, Amaya and Janai’s races were at war with each other. There’s a lot of bad blood between their people. Both Amaya and Janai have endured intense trauma, losing beloved siblings and being thrust into power positions they weren’t quite ready to take on. Neither of them fully understand the differences between their cultures. And everything they do, every decision they make, it’s not just about their own personal relationship with each other; it’s a very public example, for both of their peoples, about what things will be like between them. Their relationship is built on love, but they’re also political figureheads, so everything they say and do has ramifications far beyond them. Watching them navigate their conflicts, watching them open themselves up to new understandings of new worlds, watching them stand up for their own cultures while humbly accepting the differences in the other’s culture — it’s a wonder to behold. (You know who else could never? Bette and Tina.) 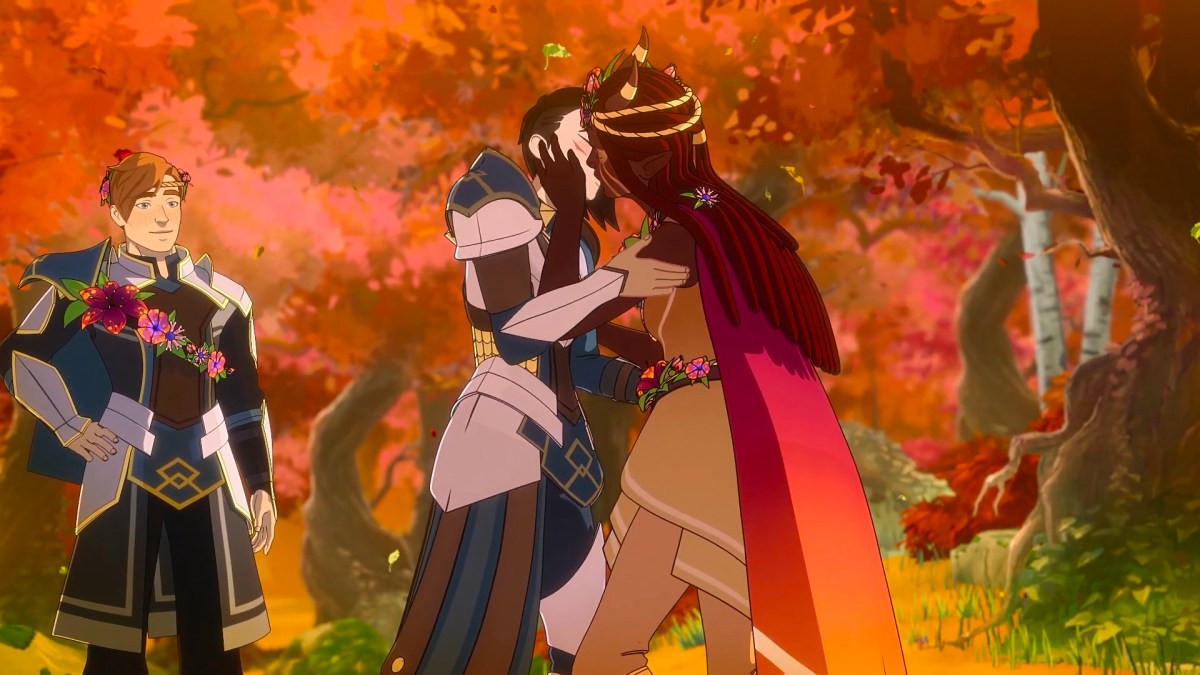 Also: Amaya and Janai really are in love. They make each other laugh, they make each other furious, they kiss right on the lips. Things aren’t going to be easy for them. Janai fights off a coup before season four ends — but I really believe these two gaybies are going to make it work. They’re setting an example for humans and Sunfire Elves, sure. And they’re also setting an example for what brilliant fantasy can be like when storytellers refuse to be confined to Shires they grew up inside.