My first couple of years of college, as I struggled with balancing my suddenly unlimited Internet access with maintaining good grades and an active social life, I often wondered if I was addicted to the internet. I often wondered why I was the only one who seemed to be affected so deeply by this. It seemed like none of my friends needed the Internet as badly as I did. 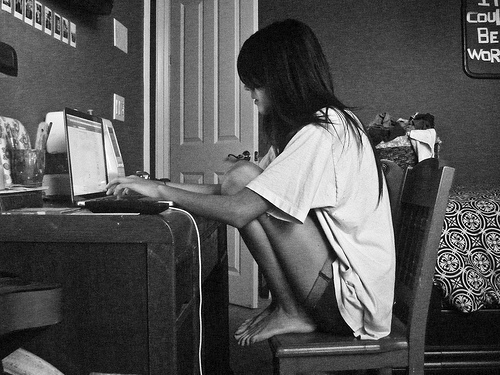 Yet I’m increasingly finding out that, however my friends may be, I’m hardly unique in my obsessive relationship to technology. This is particularly apparent in a recent study conducted by the University of Maryland’s International Center for Media and the Public Agenda ,which had 1,000 college students from around the world go without any media at all — including the Internet, television, music players and even cell phones — for 24 hours. Their website for the project, called the world UNPLUGGED, details the results. Across the world, nearly all the students reported feeling deprived and lonely without their technology, some more extremely than others.

An infographic of sample responses shows the similarities of responses around the world, in countries with vast differences in culture, political climate and socioeconomic status:

From the UK: “Emptiness. Emptiness overwhelms me.” “Unplugging my Ethernet cable felt like turning off a life-support system.” “I feel paralyzed — almost handicapped in my ability to live.”
From Lebanon: “I kept hearing the sound of my Blackberry messenger ringing over and over in my ears…It was haunting me!” “I couldn’t not listen to music. I listened to almost 40 seconds of a song and then I was ‘satisfied.'”
From China: “I sat in my bed and stared blankly. I had nothing to do.” “The feeling of nothing passed into my heart…I felt like I had lost something important.”
From Uganda: “I felt like there was a problem with me.” “I counted down minute by minute and made sure I did not exceed even a single second more!” “I felt so lonely.”
From Mexico: “The anxiety continued for the rest of the day. Various scenarios came to my head, from kidnapping to extra-terrestrial invasions…”

Multiple students described themselves as “addicted,” and one student from the US even said, “I felt like a drug addict.” 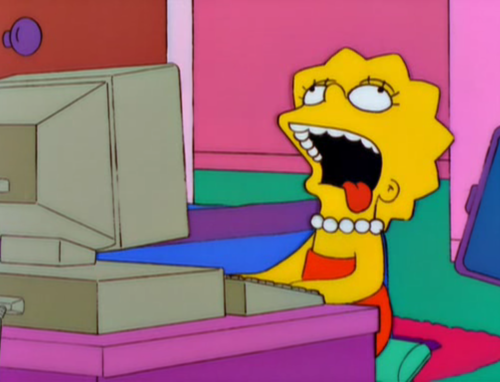 But is “Internet addiction” a legitimate addiction, one that deserves specific treatment? Regardless of any scientific proof, opportunists have begun creating special clinics for people with “net addictions,” such as this one in South Korea or this one in Washington State.

In a 2009 article for The Daily Beast, Winston Ross tells the story of how “Internet addiction” left his brother homeless while reporting on the Washington clinic, Re-START.

A recent article in Utah’s Deseret News describes a marriage that broke up as a result of “Internet addiction”; Ashley Yates’s husband spent so much time playing online games it caused him to fail out of medical school and neglect his wife, leading to divorce.

Then there are the really scary stories where addiction to online games has resulted in parents starving or murdering their own children.

But ultimately, anecdotes aren’t data. There’s no solid research to support the idea that the Internet is inherently addictive.The world UNPLUGGED study itself was carried out primarily by journalism students, not students in psychology or medicine, making it difficult to draw any conclusions from it about technology-obsession as a medical condition. 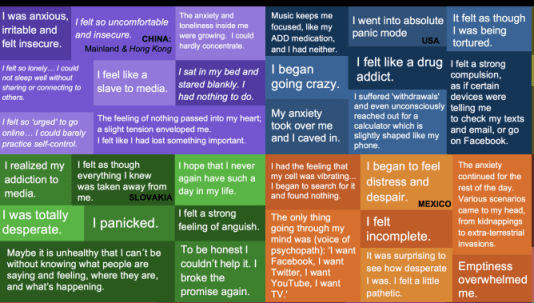 Many psychologists recognize compulsive online behavior as a form of escapism that is more likely a symptom of a larger problem, such as anxiety or depression, rather than an addiction all its own. 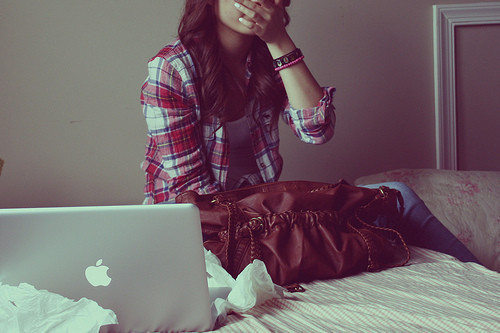 Whether it’s real or not, though, “Internet addiction” has one major stumbling block that separates it from other addictions: cold turkey isn’t an option. Electronic media has become an essential part of our lives, needed for success in the academic and work worlds, as well as for personal communication. As Greg Beato writes for Reason.com :

On a pound-for-pound basis, the average World of Warcraft junkie undoubtedly represents a much less destructive social force than the average meth head. But it’s not extreme anecdotes that make the specter of Internet addiction so threatening; it’s the fact that Internet overuse has the potential to scale in a way that few other addictions do. Even if Steve Jobs designed a really cool-looking syringe and started distributing free heroin on street corners, not everyone would try it. But who among us doesn’t already check his email more often than necessary? As the Internet weaves itself more and more tightly into our lives, only the Amish are completely safe.