All images via Warner Brothers

Up until a few months ago, whenever I heard the term virtual reality I only really thought of ’80s and ’90s sci-fi movies (like the terrible/great Keanu Reeves classic Johnny Mnemonic) or “Virtual Insanity” by Jamiroquai. The whole VR concept seemed too gimmicky, and I was skeptical about how immersive the experience could possibly be. I recently purchased my very own PSVR and can now officially say I’m a fan of virtual reality games.

How did I get here? Like so many of my nerdy stories, this one begins at a comic con — NYCC 2017, in this case. One of the most popular exhibits on the floor was a demo for Justice League VR: The Complete Experience. Even though the lines were long and the only member of Justice League I really care about is Wonder Woman, I figured it was as good a time as any to finally give VR a try. And, you guys, it’s so weird and different and fun!

For this particular demo set-up, I was lead to a private cubicle (probably around six or seven square feet) and assigned an employee to help guide me through the experience. I have no idea how much these assistants were paid, but I hope it was a lot because I put this poor woman through a lot in the short amount of time I was in her care. The woman helped me get the headset on, handed me a couple of controllers, and showed me how to start the experience. Each member of the Justice League has a separate mini-game, so obviously I chose Wonder Woman first. 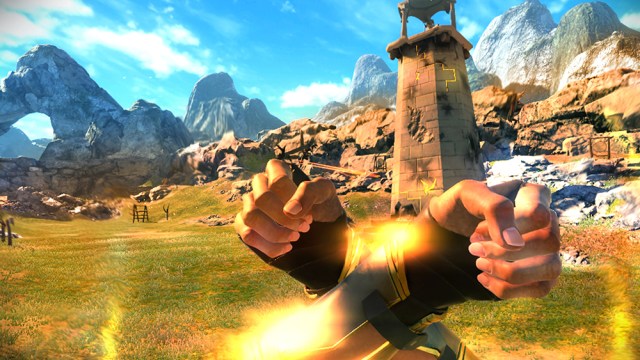 TIL these are called the “Bracelets of Submission,” so that’s pretty awesome

In Wonder Woman’s vignette you have to fight off Parademons, mainly with her sword and shield. To fight them you have to, essentially, wave the controllers around wildly. At least that’s the approach I took, but maybe it was the wrong one. Not only did I accidentally punch the wall  which hurt, but I guess at least I didn’t break anything — I actually punched the employee who was helping me! Bless her heart, she took it in stride, but I felt terrible.

Other than the issues caused by my apparent Hulk-like aggression, the game was pretty neat. One of the best parts was actually just being able to turn and look all around Themiscyra as I fought, even though it was definitely a bit disorienting. My sense of balance and spatial perception didn’t get any better when I moved on to the next mini-game: Aquaman. 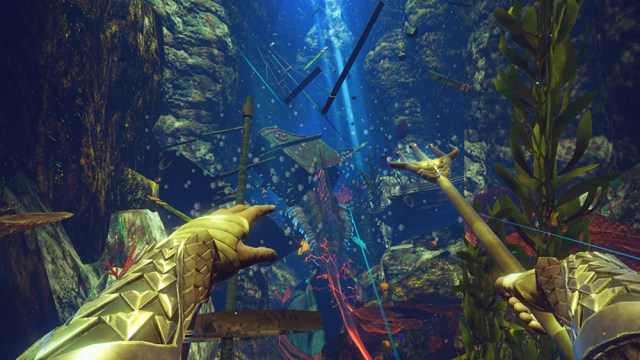 In this experience you swim through the ocean as you try to catch a sea monster, and the constant motion really threw me. I started leaning a lot and almost fell over because I could not get my bearings — but my guardian angel (who, remember, I had already accidentally assaulted) saved me again so I didn’t end up on the floor. Surprisingly, my favorite of the three demos I tested was Batman’s. I’m not sure if it was because I didn’t fall over or punch anyone/anything, or possibly just because I really like driving/shooting games — you decide! 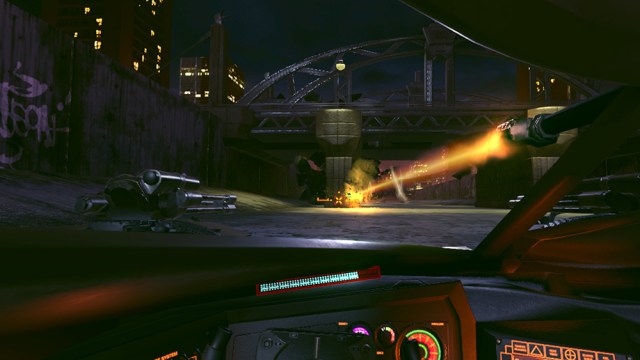 Overall, Justice League VR: The Complete Experience was a really fun little intro into the world of VR for me. The game is available on a whole slew of systems for about $10. It doesn’t seem like there is much expanded gameplay beyond the demos from NYCC, though, so I wouldn’t bank on much replay value.

After my semi-successful first VR experience, I was itching to try something else. Something seated and non-violent, perhaps. Luckily for me/unluckily for my bank account, I found out that PSVRs are essentially half off through Christmas Eve and I figured, fuck it. I’ve only had it for a few days, but I’m very satisfied with my purchase so far. The headset is actually more comfortable than I expected it to be and the game that came with my bundle, Gran Turismo Sport, is fun and way less stressful than all the other games I’ve been playing lately. 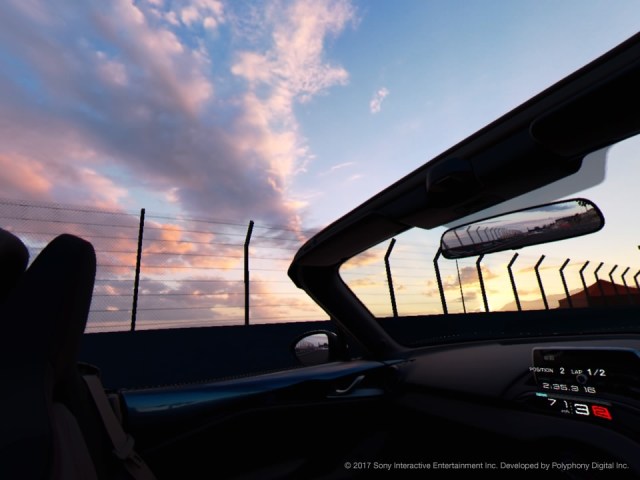 Yes, I keep crashing my car to look around at the scenery.

If you’re not willing to invest in such a costly VR purchase just yet, have no fear! VR bars, cafes, and arcades are springing up in many cities (like DC and Brooklyn). They provide an alternative to the big one-time cost of owning your own system, but just be aware that they tend to be expensive in their own right. VR Bar, the arcade in Brooklyn, charges $14 for 15 minutes of gametime — you could own your very own PSVR for the price of like three and a half hours at the arcade!

I am well aware that a lot of the appeal of virtual reality, for me at least, is the novelty factor. Gran Turismo Sport isn’t the best driving game I’ve ever played, but damn if I don’t get excited to gaze up at the clouds when I’m cruising around in a convertible.I’m really interested to see how the technology might continue to improve in the next few years — hopefully we’ll see even more immersive experiences. I will be sure to stay away from any combat games for the foreseeable future, though. As I learned at NYCC, I’m a menace in the VR world.