A few years ago, I was reporting on my valley’s new roller derby team and I was sad I couldn’t join the fun.

“Too many concussions,” I told the gal sitting beside me.

She was explaining the game to me, who was whipping where and why, when we started talking about living in a new place as adults.

Hmmm, I thought, I am in neither of those categories, maybe we should be friends.

It had been a while since I’d had to start from scratch in making friends; I’d recently moved to the northwest corner of Montana to take my first journalism job out of college. It was exciting, it was adult, it was responsible, but it was also scary and weird.

I moved away from my college pals, and realized that making friends wasn’t something I’d worried about for years. 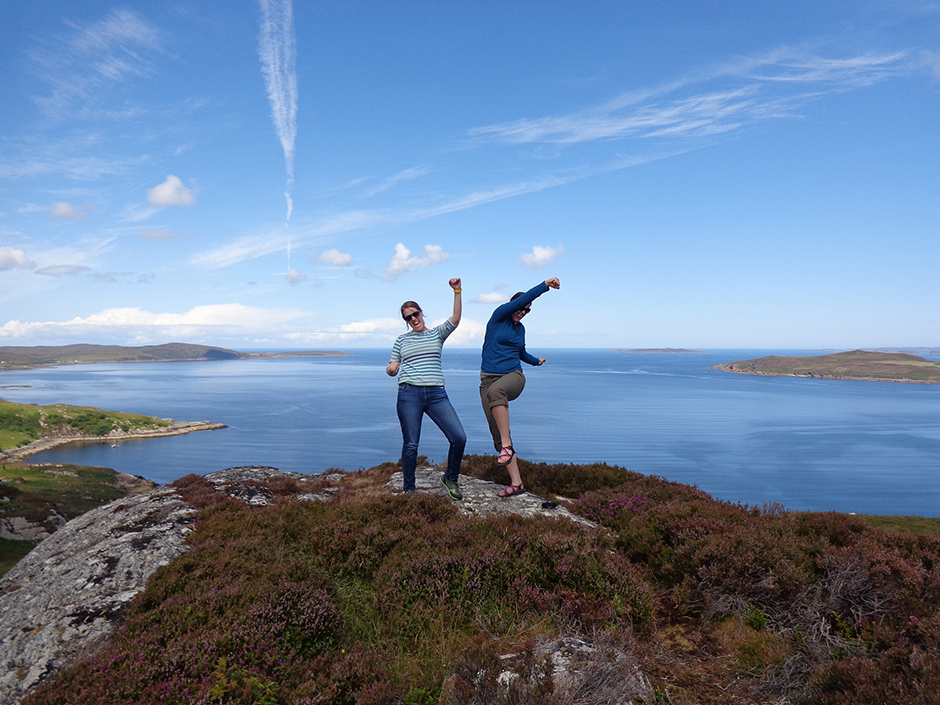 As I’ve aged and been put through life’s ringer, I’ve gotten more confident in myself. I have a good sense of who I am, what I have to offer, and my own inherent value. I’ve become, through trial by fire, someone who finds self-esteem and worth in wells within myself. This means I don’t have to rely on outside influences to give me a sense of self-worth or importance; I already know it’s a good thing I’m alive, and that I can contribute cool things to those around me.

With this clear picture of myself, I can adopt a take-me-or-leave-me stance when it comes to making friends, meaning if they like me, that’s awesome, and if I’m not their particular cup of tea, fine! That doesn’t mean I’m lesser, or somehow inherently worse.

But this wasn’t always the case; I wasn’t always self-assured. The cool girls were the ones who bullied me for being different and nerdy in elementary school, and I’d built defenses along the way to counteract the bullying. As a result, I am friendly but wary, suspect of anyone who wants to get inside my walls and learn about the soft and vulnerable parts of me.

It helped that I was raised with four sisters, two older and two younger, so I always had someone to talk to, built-in friendships for life to depend on. These helped in high school and college, because my sisters were there before me. But when I took the newspaper job, it was the first time in my life that I was going somewhere no one in my family had ever been before, and it was intimidating.

This move was also the first time I’d been surrounded by dudes and not by women. I was the only woman working in my newsroom, and while I had no trouble bonding and chilling with my new bro-workers, I missed the comfort and ease of being with women.

But an interesting wrinkle showed up later in life: My queerness. Being an openly gay lady had its perks – people know who you are, you don’t have to hide, etc. – but it made making lady friends a bit difficult because I didn’t want to give the impression that I was coming onto to them. There’s nothing wrong with flirting with a gal, but when I’m trying to befriend someone, I don’t want them to think it’s just so I can get in their pants later.

So here I was, sitting on a bench watching the cool girls skate around and yearning for them to accept me. Sitting on that bench with the gal explaining roller derby, I made a snap decision to ignore my ego and anxiety and to speak plainly.

“It’s hard to make lady friends,” I told her. “And I miss being around women, smart women, progressive women.”

She agreed, so I kept going.

“We should be friends,” I said, and then I started laughing at myself because I sounded like a kindergartener.

It didn’t strike me until later that the kindergarteners are the ones who have it all figured out. They approach situations honestly and boldly, making their intentions and needs known to the other person in clear terms. What is it about getting older that makes this seem less possible or prudent?

Perhaps it’s the idea that in extending yourself like that, you leave yourself vulnerable to rejection. I like to think of it as being stretched across a gap, your feet on one ledge and your hands gripping another, your belly on full display and open for attack. Rejection feels like someone coming along, walking under you and poking you in the gut with their umbrella.

But – and stick with me and this analogy for just a little longer – there’s also the chance you won’t get rejected, and that person will walk under your stretched body and help you down. One thing most people don’t remember when approaching these kinds of situations is that the other person is likely terrified and nervous as well, worried about vulnerability and compatibility and wanting something too much.

There is strength in vulnerability, bravery in hope, and authenticity in wanting connection.

After I told her we should be friends and hang out, the gal sitting next to me was momentarily stunned and then laughed a lot. She said we should definitely hang out, and then invited me to her book club. I went to the first meeting and met the folks who would become my core group of smart, progressive women friends. It’s been years since that interaction on that roller derby bench, and my friend and I have seen each other through injury, pregnancy, marriage, divorce, heartbreak, and joy.

By allowing myself to be vulnerable in those first moments of our friendship, I opened up my walls. Sure, it means there’s the possibility I’ll get hurt, but if I don’t open up, I lose the possibility of all those good, big emotions, the life-changing, soul-strengthening, community-building moments that are irreplaceable.

I know it can be scary to tell someone what you want, because they might say no or, in my worst imagined scenarios, they might make fun of you for it. But so what? What’s the worst thing that will come out of that? You’ll know they aren’t friend material, because anyone who makes fun of anyone else for being authentic is probably an asshole anyway. And if they say no, that’s absolutely their prerogative. I would probably take a day or two to wallow, because I’m not immune to disappointment, but then it’s time to keep moving on.

There is strength in vulnerability, bravery in hope, and authenticity in wanting connection. These attributes can feel like they’re in short supply most days, and when someone encounters them, it’s refreshing and grounding. These are attractive qualities in a friend, and the funny thing is, no matter how nervous you are about it, speaking plainly shows confidence in yourself and your goals.

On the first day of A-Camp last summer, I was nervous as all get out. I’d never been, I didn’t know anyone, and didn’t know how it was going to go. When I arrived, I decided to be as friendly and open as possible; out of 350 people, at least a few are going to want to be my friend, I thought. The fears were unfounded, of course, as A Camp is one of the most welcoming and friendship-friendly places I’ve ever been.

Autostraddle feels that way, full of potential for connection and buddies and community. It’s all a matter of how we decide to approach it. With that in mind, I have just one question for you: Wanna be friends?