I originally moved to New Orleans out of desperation. Fresh out of the psych ward, and not long after going “full time” and leaving the career I’d spent tens of thousands of dollars in grad school money on – and maybe because I was feeling dramatic – I collected my cat, everything I owned, and dipped. If I was going to survive, it wasn’t going to be in the Bay Area.

New Orleans was a revelation. Even though it didn’t end up being my home, it was exactly what I needed at the time. I’ve never felt more connected to a community. Never felt more affirmed. Never met so many beautiful, creative, or kind queer and trans people of color. To some degree that’s by necessity. While New Orleans is, in some ways, a bubble of acceptance and freedom of expression, it’s still in Louisiana. Not that the South is uniquely inhospitable to trans people – when I lived there, I was never followed home by a threatening man in a truck, for example. This has happened to me at least four times in Oakland, California.

It is important to be honest about the violence that our communities – trans, gender non-conforming, Black, disabled, immigrant, sex worker, and/or people of color communities – face. But we’re more than just murder victims. It’s just as important to be honest about the beautiful and expansive organizing, mutual aid, and resistance work being done within those same communities. Some of it is explicitly anti-violence work, but some of it is just taking care of and loving one another. Some of it is just re-affirming each other’s humanity and our right to exist.

Because that’s not always apparent. Over the last four years, according to Transgender Law Center’s research, 11 trans people were murdered in Louisiana. All of them were Black. All of them were trans women. All were under 33 years old. That includes one woman who was just killed in January in Baton Rouge. We can’t talk about violence without talking about this reality. But, of course, there’s more to the story. 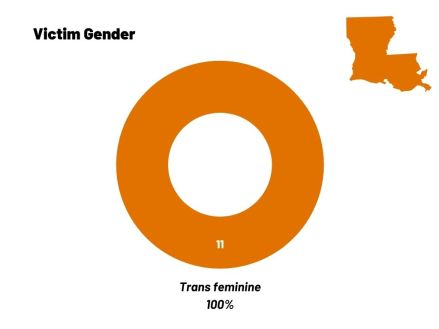 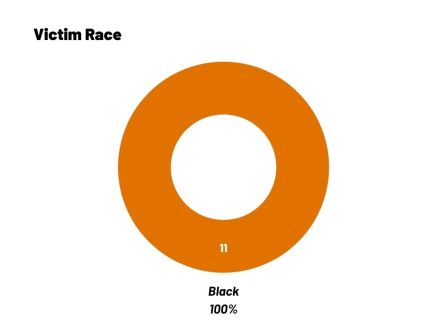 Louisiana has the highest incarceration rate in the nation, and if it were its own country, would have the highest in the world. Of the 11 cases mentioned above, most remain unsolved. In some of the cases, alleged perpetrators were arrested and/or charged – but is that justice? It won’t bring our sisters back and will likely have no effect on the issue writ large. We know that much of the interpersonal violence our community faces is at the hands of intimate partners. We also know that Louisiana’s prisons and jails are disproportionately filled with Black people.

It also has the third-highest poverty rate in America. But rather than address that poverty – or the many reasons some Black trans women, often spurned by employers, turn to alternative economies like sex work – Louisiana simply criminalizes the problem. And according to the laws on the books, queer and trans people engaging in sex work is a major problem.

“Our system is operating under this Napoleonic law, right?” said Wendi Cooper, Executive Director of Transcending Women, with palpable exasperation. “It’s as if we’re stuck back into like, the 1800s.”

The Crimes Against Nature by Solicitation (CANS) law is indeed a 19th-century law, still on the books in Louisiana, that criminalizes non-procreative sex. People convicted of exchanging oral or anal – but not vaginal – sex for money are charged with felonies and get longer jail sentences. Until 2012, it required anyone convicted under it to register as a sex offender. This was the “only instance in which an offense that does not involve children, the use of force, violence, a weapon or lack of consent required registration as a sex offender,” explains the Center for Constitutional Rights. While the law has changed in recent years, those convicted prior to 2012 are still registered as sex offenders (and charged with felonies).

“[Crimes against nature laws are] being used as a tool to target Black trans folks,” explained Nathalie “Nia” Faulk, a self-described ebony Southern belle who works at the intersections of history, performance art, and cultural organizing. “Anytime you get caught up in the crimes against nature laws, you get this scarlet letter that says ‘I’m a sex offender.’ It feeds into this ideology of trans people being predators.”

Sex offenders have to tell every neighbor, landlord, and nearby school about their status, and the law prevents them from accessing certain jobs. Over 40% of people on the sex offender registry in Louisiana were convicted under CANS.

It’s very dehumanizing, adds Wendi Cooper, to be told “we don’t deserve to get assistance with our needs. We don’t deserve to be able to walk the streets. Or to let our presence be known.” But violence and trauma aren’t the end of the story. We also build community with our peers, our affinity groups, our cities, states, countries, planet. With those who came before us – and those who have yet to arrive.

That’s why Cooper started Transcending Women, a newly-formed organization she hopes can be an “agent of change” to spread resources, knowledge, and survival skills throughout the community. She aims to share practical necessities, to provide legal services – whether a name change or to support folks who have been criminalized by the system – and an advocacy program, that aims to work on political efforts like getting rid of CANS. She was part of the original lawsuit that struck down the worst parts of CANS, and she spearheaded the “CANS Can’t Stand” Campaign as well, which aims to take it off the books for good. 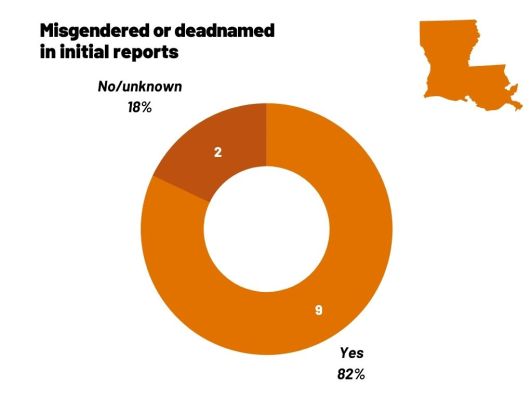 But not every initiative is a non-profit organization. “Our people are so knowledgeable and so brilliant – period,” said Spirit McEntyre, a musician, organizer, and facilitator. “[We] have so much history of surviving beyond survival. Thriving.” We know how to pull together resources, to make things work, to take care of each other.

They tell me about some of the ways they’ve seen this take shape in Louisiana. Spontaneous, grassroots Signal groups created to redistribute wealth and facilitate resource sharing, without the fees of a crowdfunding site or the strings of a non-profit organization, for example. But some institutional funding doesn’t hurt.

Nia shared no less than a dozen organizations doing innovative, crucial work in Louisiana. BreakOut!, for example, works against the criminalization of LGBTQ youth and does political education. That’s also one of the pillars of The Southern Organizer Academy, which Faulk co-directs, and whose mission is “building the capacity of trans and queer folks to go out into the world and create the change you want.” Last Call works documents intergenerational queer and trans stories about the past, and uses them “as a catalyst to manifest trans futures.”

Speaking of the future – what does it have in store for Louisiana’s trans community? What are all of these organizations building toward?

“I’m thinking of reconciliation,” envisioned Nia. “Like, centers and programs where folks can go to heal harm with their families, with themselves, with the system. …I’m thinking of cooperatives. So there’s food banks, and gardens, and maybe even just regular monetary banks that are run by trans people for trans people, to hold their money and teach them investment. I’m thinking about spiritual wealth. Deep funding that goes towards increasing trans spirituality and wellness and wholeness. I’m thinking Black trans art filmmaking initiatives, oral history initiatives, where we can document the beautiful, rich history that transness has…”

Her vision was so much bigger than what I can relay here. When I talk to trans people about the future of our community, I’m often struck by the beauty and love of our visions for ourselves and each other. But I’m also often struck by just how doable it all really is. Nothing our communities call for, march for, agitate for, is anything other than what so many cis, straight, white people take for granted every day.

Because when we talk about violence, we have to think bigger. About the conditions that create and facilitate violence – both for survivors and perpetrators – and the reality that structural, systems-level violence is what affects all of us day to day. And that struggle is less visible than homicide is. The standard answers to homicide, like hate crime laws, tend to reify rather than transform the harms of that violence.

All of the organizations mentioned in this article, and each of the people interviewed, are doing anti-violence work, even if none of them are naming it so explicitly. Part of the bigger thinking about violence we need to do is engaging with, celebrating, and supporting the people helping to create lives for each other, to share the avenues of survival we’ve had to adapt, to wring the myriad joys and glories out of our lives and share them with our loved ones.

Abeni has written 79 articles for us.