If there is no TV character that gives me more joy than the mean mom, then it is likely not surprising that I’ve never met a Disney Villain I didn’t love. Perhaps it is because I also have a short fuse when it comes to things like earnestness and vulnerability; perhaps it is because the best Disney villains are over-the-top, incredibly dramatic gays (we’re not discussing this, it’s just a fact) who get the best songs. No matter the sickness that has led me down this path, now is the time for me to put on my scholar drag and figure out which of these legendary villains I could make happy. 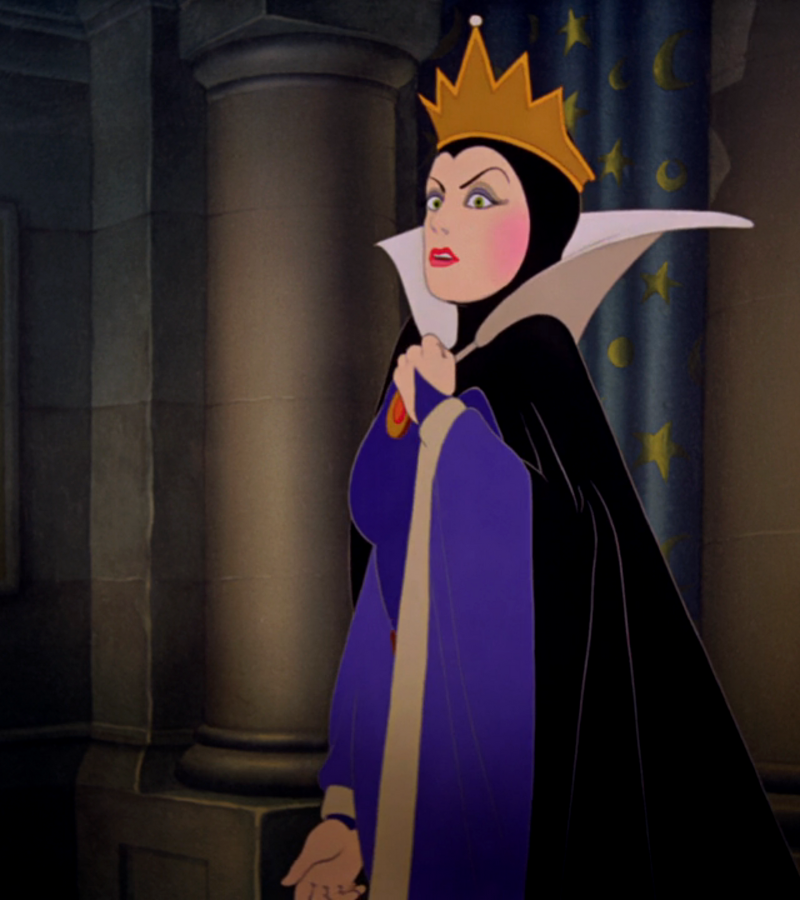 Make no mistake, I respect and understand this woman. Snow White is pretty boring — girl, I beg you, get to a theater program and stop singing at deer — and her Prince is an absolute drip, but there has to be more to do as Queen. I also love looking at my own reflection, but I have to imagine if I was running a whole kingdom I would find something else to do? Is there no infrastructure to invest in, no grand parties to throw? We’re just vibing in a castle and talking to a spooky mirror? Babe, you gotta get a grip, I’m gonna get bored! 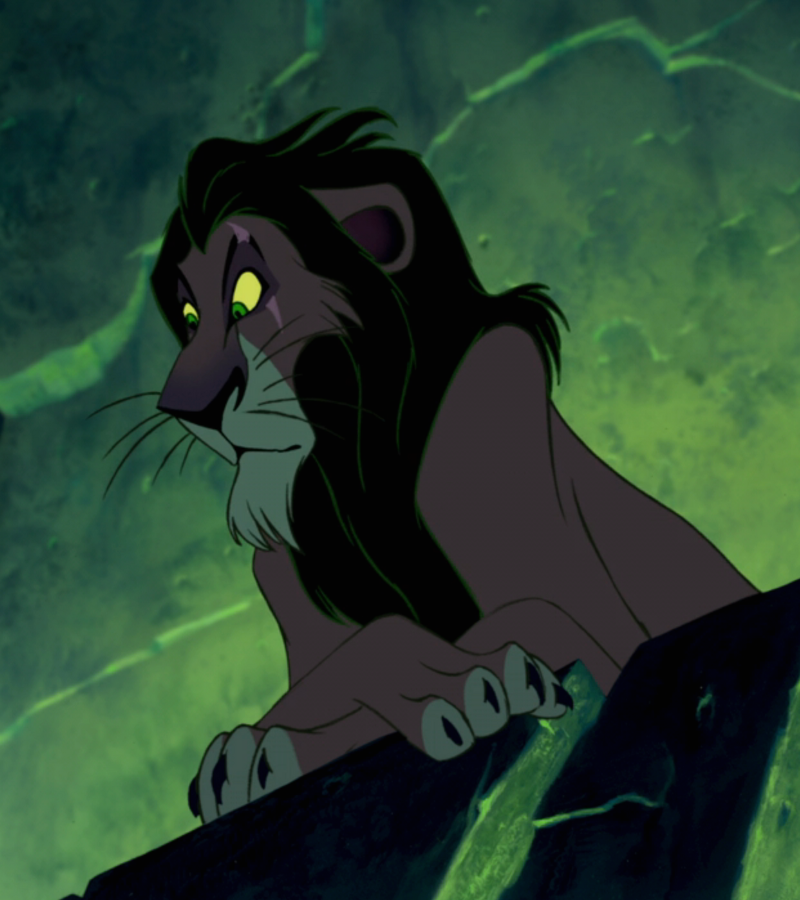 “Just between us, you might want to work on that little roar of yours.”

It hurts to place a legend so low, especially as we have so many of the same interests: throwing ourselves around with dramatic abandon, bringing Shakespearean energy to conversations with children, not being very physically strong. And who doesn’t love a full-blown musical number about your planned coup? I get Scar, but I know myself more. I am not trying to live on a bummer Pride Rock where we have no food and the watering hole is dried up. It’s one thing to want to rule my guy, it’s another to do it poorly — especially when your whole song is literally about being prepared.

We’d have a few good moments, but let’s be real, when push comes to shove, I’m finding Sarabi with a quickness! 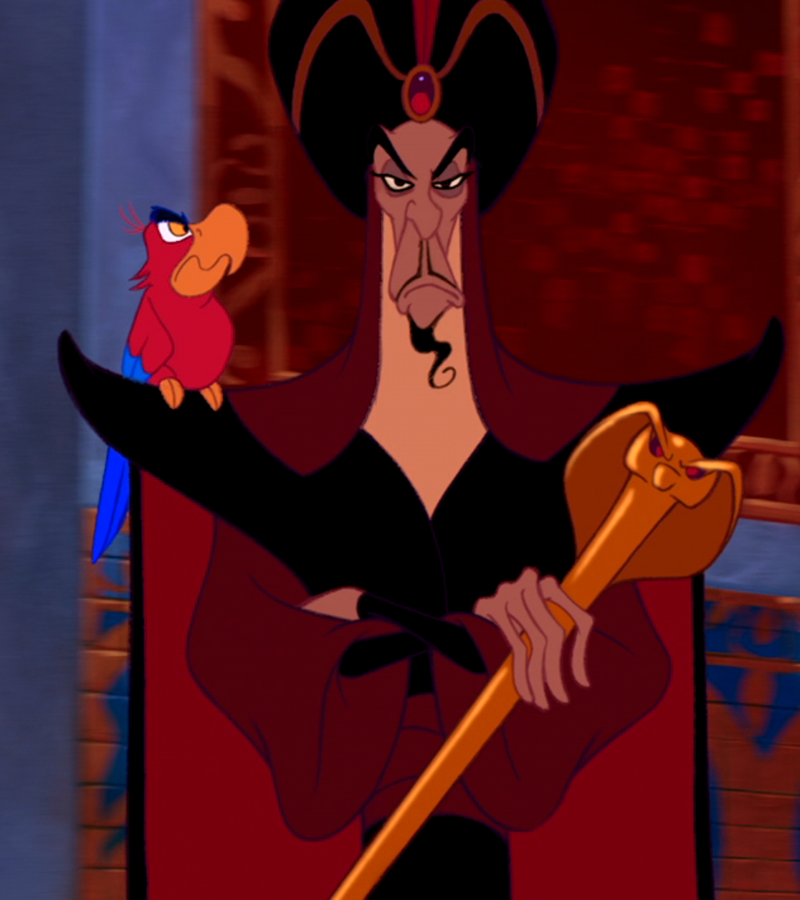 When Aladdin’s loud ass parade wraps up and the Sultan is tripping over himself with joy and Jafar’s response is to call him Prince Abubu? That was the moment I knew this dude was for me. And fine, yes, his methods are aggressive. But be serious for a minute: Who do you think was running Agrabah while the Sultan was playing with toys and forgetting he had the power to change actual marriage law? You know that long disdainful man was up to his ears in paperwork whenever he wasn’t cackling in his magic tower. Plus, his tenure as Sultan involved making the palace a place charged with a surprising amount of sexual energy, and god help me, I respect it!

Unfortunately, I don’t love the idea of being trapped in an hourglass, and while I respect a quest for power, you gotta know when enough is enough! You can’t be sultan and then a sorcerer and then a genie! The power is not the problem, you are! 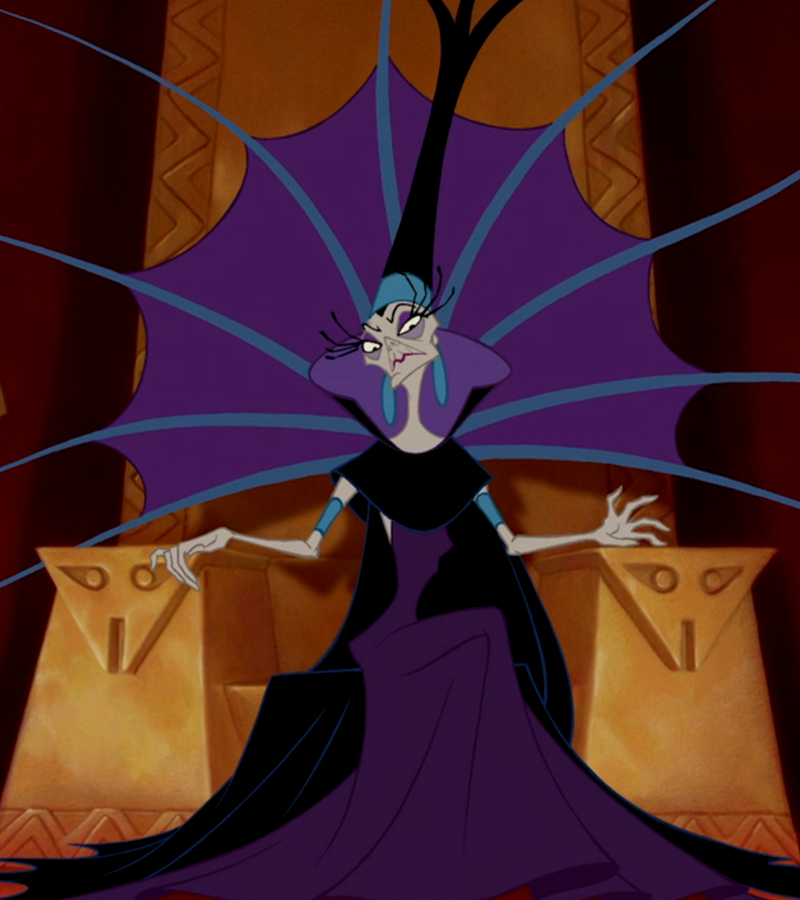 Man, my girl and Jafar would probably have a lot to discuss, huh? Another in a long line of disrespected royal advisors, Yzma is nothing if not committed to the bit, and for that alone I love her. She’s got a killer lash tech, the king of all Himbos by her side, Eartha Kitt’s voice, and she’s a Woman in STEM! It’s not like Kuzco was that great; the man was going to displace John Goodman for a tacky summer palace! Yzma is simply doing the work that he refused to do, and while she might not be doing it well, she is doing something!

I think our marriage would be pretty good, actually! Truly, it’s only due to the number of legends on this list that she finds herself at seven, but I would be more than happy to be a political wife. Yzma needs someone who will pull her back from putting so much work into what should be rather simple plans for takeover, and there is nothing I like more than doing less work. I worry I am not energetic enough for her, if I am being honest, I know I wouldn’t be into plotting 24/7. But I believe in you Yzma! 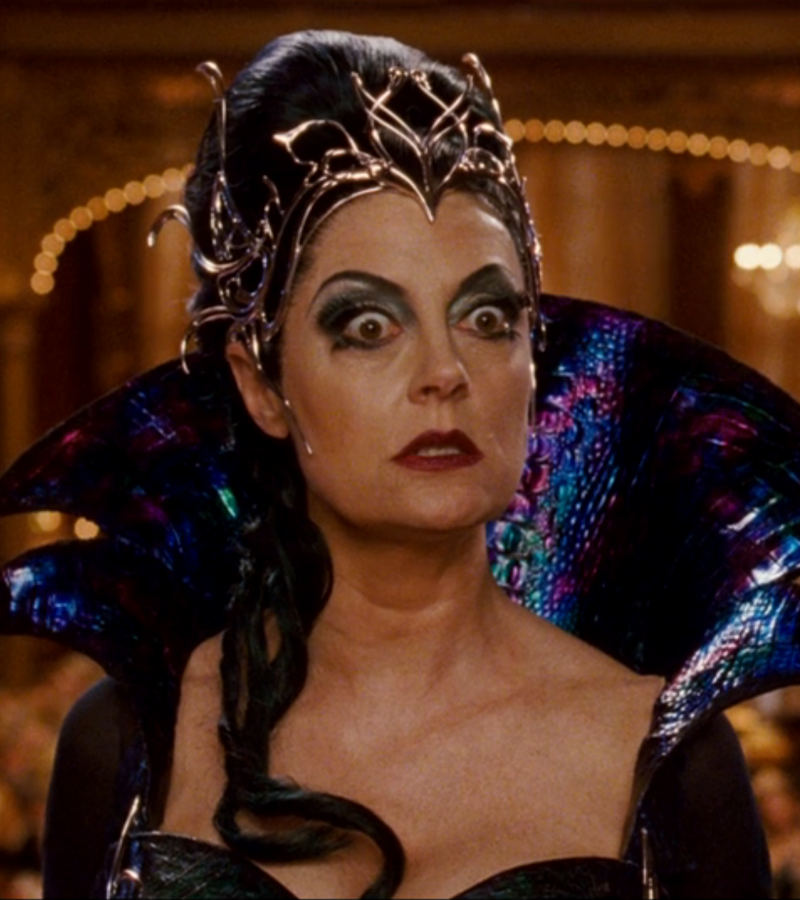 All this nauseating talk of true love’s kiss… it really does bring out the worst in me.

Frankly, I find it appalling how often we forget Queen Narissa when it comes to Disney Villains. Yes, she is basically just a combination of all the evil queens and stepmothers from Disney history, and fine, that does make her a little boring. But the woman is Susan Sarandon — does that not sway the jury even a little? Because let me tell you, counsel finds that to be a VERY compelling reason to include her here!

…granted, there isn’t much else to say, really. Andalasia seems nice, and she is nothing if not dedicated to keeping her crown. I could get down with that, and I’d frankly be honored to hang with noted character actor Timothy Spall. Again, it’s Susan Sarandon, I’ll do anything! 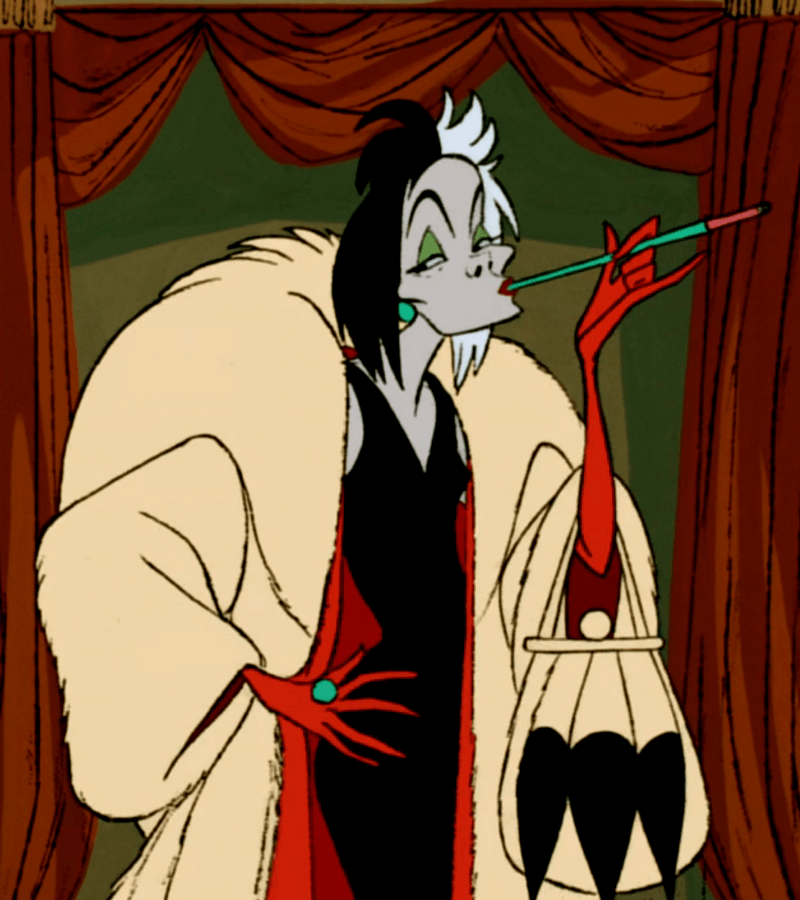 “My Only True Love, Darling. I Live For Furs. I Worship Furs! After All, Is There A Woman In All This Wretched World Who Doesn’t?”

Yes, she wants to kill puppies for a coat. Let’s just get that out there, because I know that it is a rather troubling agenda. I don’t even know if it would be worth it in the end. Think about it: a dog hair coat? Taking away the morality issue, I truly do not think it would feel that nice? Anyway, what I truly love about Cruella is that in the original film, she is not Anita’s boss, or weird family member — she’s a friend from school? Why are they still friends?? What did they talk about before Anita had all those damn dogs??? (No, I did not see Cruella, that has no place here.)

Aside from the murdering dogs thing, Cruella rocks! She’s got a theme song, she’s got henchmen, and literally no one on earth has made smoking look better. Frankly, I’d be honored to help her with her no doubt exhausting hair upkeep, and I might even be able to wean her onto more sustainable fur! 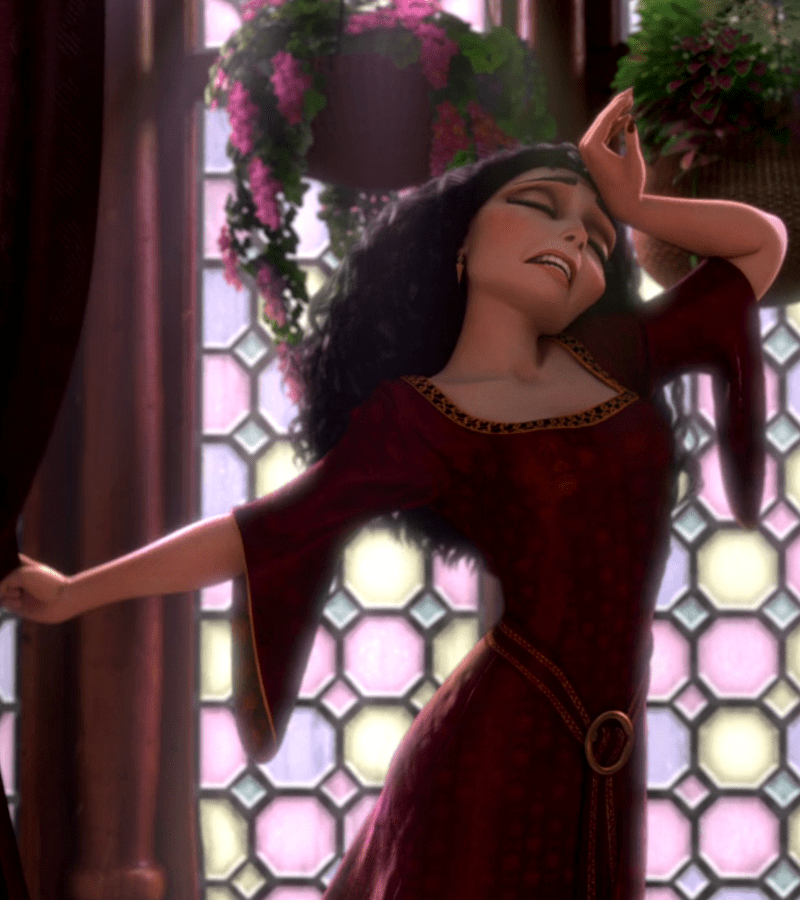 I respect all of you too much to pretend that living in a tower with a scary dark haired witch who has Donna Murphy’s voice isn’t a dream of mine. If it helps clear anything up, I had a dream that I was either married to or being tortured by Marcia Gay Harden, and I literally couldn’t tell which scenario was happening. So that’s the baseline we’re coming from, okay? I love a woman who is committed to getting what she wants! I am aware that it is hypocritical to rank the Evil Queen so low and Mother Gothel so high when they basically want the same thing but Mother Gothel is at least capable of a show stopping musical performance. Please, watch Donna Murphy perform this number and then try to tell me you aren’t hoisting yourself up the nearest tower ASAP.

Plus! I love not leaving the house! I’ve got two earth signs in my big three; I am down to chill and watercolor while my girl goes out and does…whatever it is that she does all day. I certainly would know better than to ask, my god. 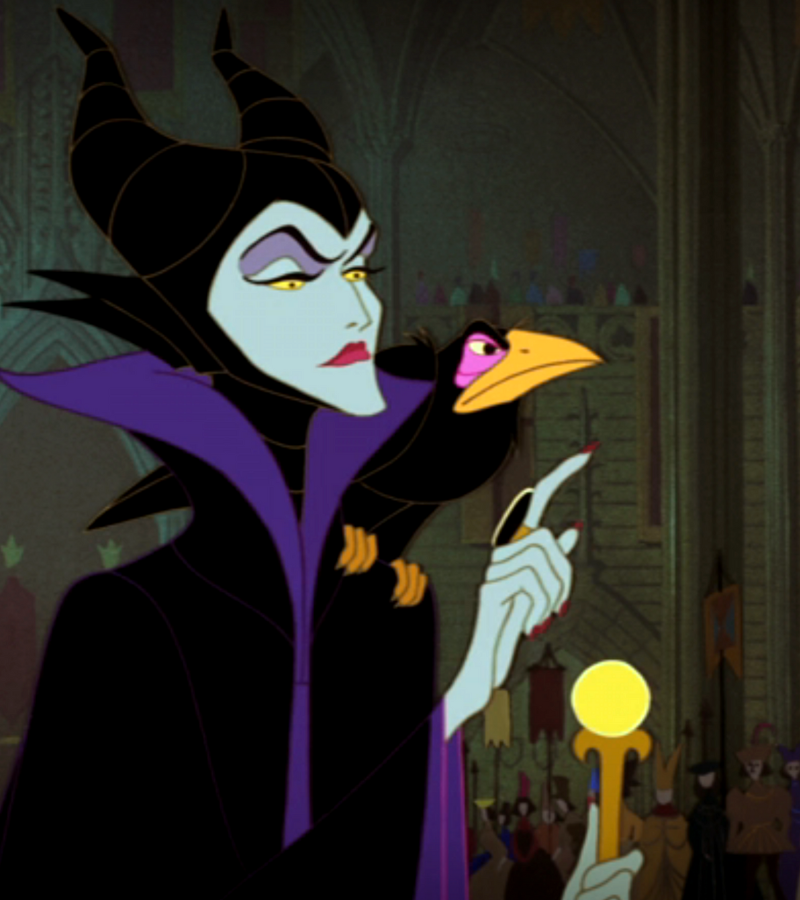 “Oh dear, what an awkward situation.”

Honesty, this is very nearly too obvious? We are talking about a woman who cursed a child because she didn’t get invited to a party! That is a mind-blowing level of pettiness, a kind that I cannot even fathom. Maleficent needs to call Andy Cohen ASAP and get on a Housewives franchise, because she would absolutely crush. I would actually pay money to see her amongst the classic New York girlies — she called the fairies “rabble,” can you imagine what she would say to Ramona??

We could raise a murder of ravens together and laugh at Prince Phillip being a straight up boring loser, gossip nonstop about the fairies, and whenever she needed solo time, she could peace out and turn into a dragon. Sounds sick to me???? 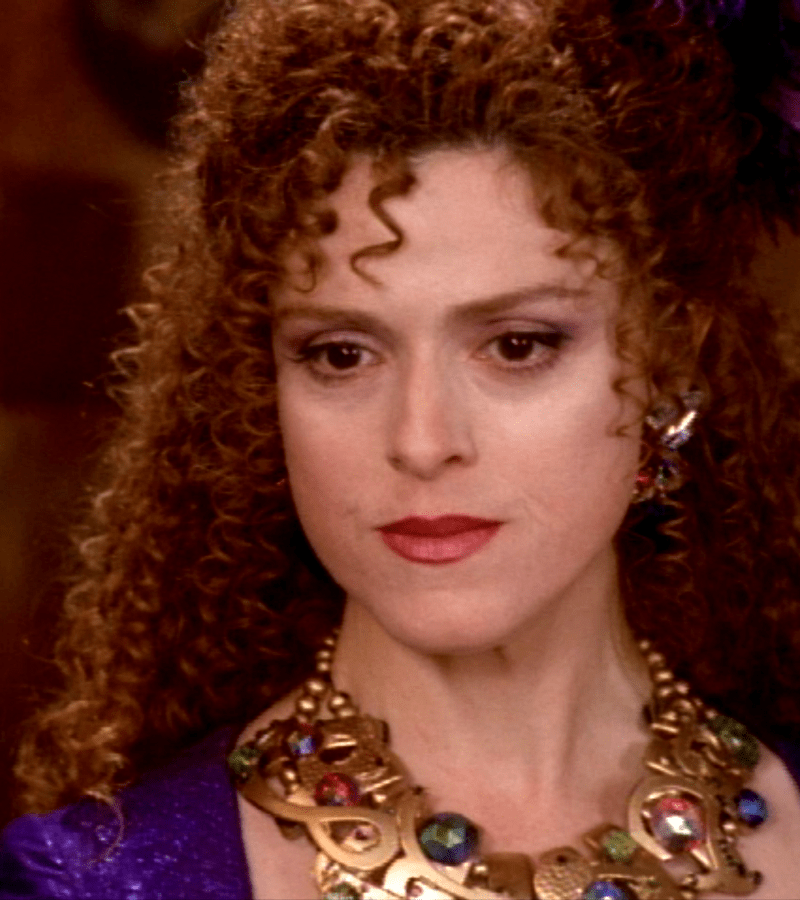 “Don’t cling to the past Cinderella. It’s not very attractive.”

As far as I am concerned, there is one version of Cinderella, and it is the Whitney Houston/Brandy/ masterpiece. I know every single line of dialogue, every breath, every panicked sound Whoopi Goldberg makes. It is simply a perfect film, and there is no more perfect performance than Bernadette Peters as Cinderella’s Stepmother. The way she says “This isn’t about love! It’s about marriage!” before she sings “Falling In Love With Love” ??? When she tells Cinderella she is nothing but common, like her father??? Every single outfit she wears is perfect; the way she flusters and infuriates Jason Alexander is art. Art!

I would give her literally everything she ever asked for, I would help her raise her beautifully mixed household of, let’s be honest, straight up grown children. She would sing to me, and I would pass out because it’s Bernadette Peters. It feels important to note at this moment that I do in fact have a sticker of Bernadette on my water bottle, such was her impact on me. 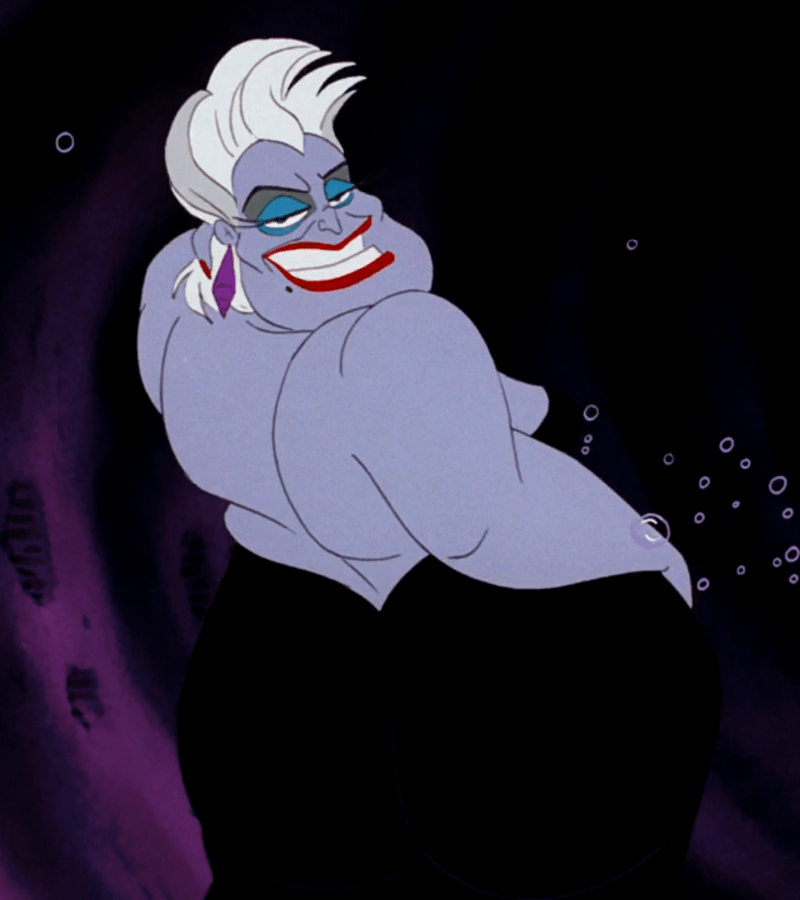 “I admit that in the past I’ve been a nasty, they weren’t kidding when they called me— well— a witch.”

…do I have to say anything else? Look at her! That shock of white hair, the bright red lip, the eye makeup. The way she undulates around that cave absolutely rewired my brain, and as it has become somewhat of a theme here, I would be remiss not to mention her voice. I literally never understood why she wanted Ariel’s — who wouldn’t be seduced by that rasp?? I know what idle chatter is for, and it’s 100% getting seduced by a sea witch!

Our marriage would be incredible. I have five ocean tattoos; the only sport I was ever halfway decent at was swimming; and I think eels rock. King Triton might be the ultimate sea daddy, but he seems to be entirely confused about how to run an underwater kingdom. I mean, Sebastian wants to perform; he does not want to keep tabs on a child! I would let him pursue his passion for composing while keeping Ursula from turning everyone into mermaid seaweed. A match made in heaven! It feels important to mention I do have a note from the voice of Ursula herself, Pat Carroll. My mother waited on her sometime in the late 90s and told her that I was fully obsessed with The Little Mermaid and Ursula, and she kindly wrote me a note that I have included below. God, is it any wonder I am as gay as I am?? 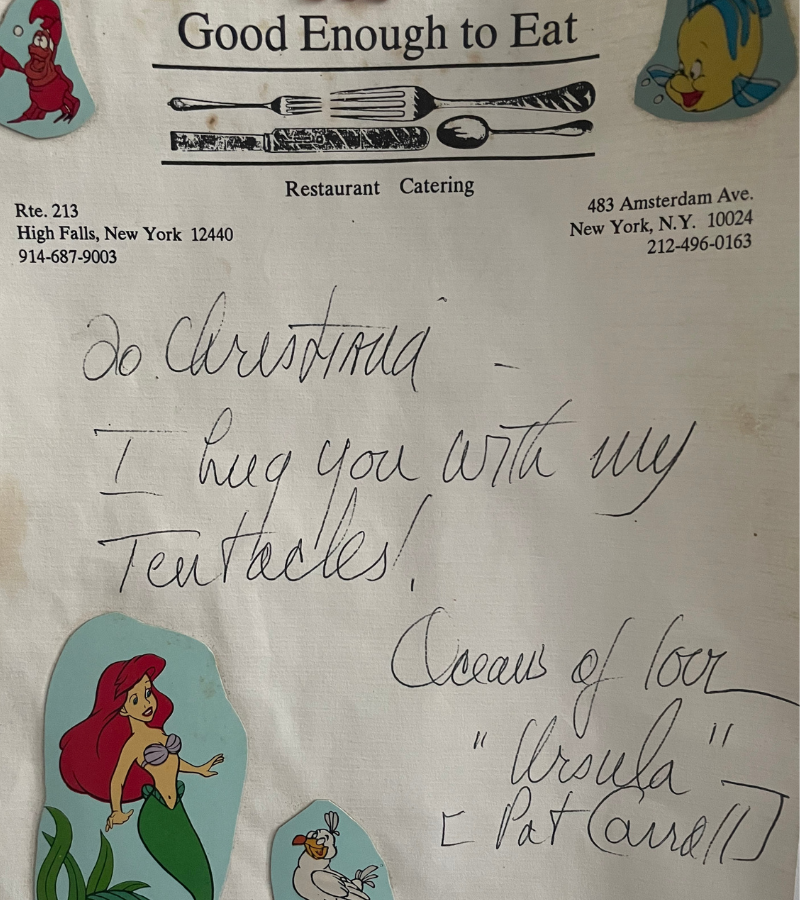 Yes, my mother added the cut out images.