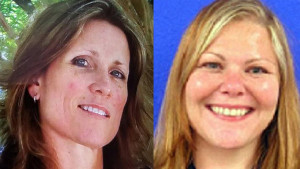 On Friday, 51-year-old Lisa Dawn Fuillerat and her estranged husband, 53-year-old Vincente Fuillerat, were due in a Polk County, Florida courtroom to address the dissolution of marriage Lisa had filed for on October 21st, 2015, which also requested Vincente sell their shared home and provide alimony. But neither Lisa or Vincente showed up for their scheduled hearing, because Vincente had killed them both.

Wearing a bulletproof vest and armed with a shotgun, Vincente had broken into the home of 39-year-old Samara Routenberg, Lisa’s girlfriend, that morning. A shootout ensued in which he killed both women before turning the gun on himself. According to his former Attorney Ralph Fernandez, Vincente “just couldn’t handle seeing the mother of his two children in a relationship with another woman after 28 years of marriage.” Fernandez added that Vincente “felt the relationship was immoral.”

Both Lisa and Samara were beloved faculty members of Lake Gibson Middle School, where Samara served as Assistant Principal and Lisa taught math. On Monday, students at the middle school and Lake Gibson High School next door left flowers, balloons and cards at a makeshift memorial, and shared memories of the two women. “[Lisa] helped me through a lot when I first started school and was really struggling,” freshman Nichole Alfonso, 16, told The Tampa-Bay Times.

An old family friend told ABC Action News, “I was listening to the news and I heard the name Samara Routenberg and I just couldn’t believe that something like this could happen to such a sweet girl and a grown woman.”

The Principal of Lake Gibson Middle School released this statement:

“The deaths of Samara and Lisa have left us absolutely devastated. A school is like a large extended family. Samara and Lisa were loving members of the Lake Gibson Middle family. They were committed to helping students grow in knowledge and character. Samara was an assistant principal who was hardworking and very intelligent. She oversaw the guidance department. She was kind and caring to students and fellow colleagues. Lisa was a skilled teacher who would find ways to help her students struggling to understand complex mathematical problems. She was incredible in the classroom. Her students loved her very much, and her passion for education was obvious to anyone who knew her. They will be greatly missed, and we pray for their loved ones.”

Lisa and Vincente had known each other as kids and had been married for 28 years. They had two (now adult) children together. The couple separated in 2014, and eventually Lisa moved in with Samara. Of Lisa’s relationship with Samara, Vincente told Fernandez, “I can’t compete with that.”

This wasn’t the first time Vincente had unleashed his violent homophobic misogynistic abusive rage upon the couple. On October 2, 2015, Vincente went to Routenberg’s house, breaking in through the garage door and striking her with an “unknown blunt object.” He then proceeded to hit her and slam her into the driveway. Three days after the attack, Routenberg filed a petition for a protective order, writing, “I am scared he is going to come back to my house & kill me. The only reason he stopped was because my neighbor came over. … He knows where I live & work.” Vincente’s attorney claimed that Routenberg’s account of the attack was a “gross over-characterization,” and his client got off with 36 months of probation and $6,000 in restitution for medical bills. He was also told to stay away from the women.

Vincente was still under that protective order and still on probation when he murdered them both.

He should have been in jail.

Unfortunately, this is far from the first time a man has killed or attacked his ex due to jealousy over a lesbian relationship, even within the last decade. In Brooklyn, in 2009, 23-year-old Jeanette Martinez was shot in the head and killed by her angry ex-boyfriend, who then proceeded to chase Martinez’s 19-year-old girlfriend across five lanes of traffic, shooting her after she was hit by an SUV. In Kansas, also in 2009, 44-year-old Karen Kahler ended up falling for a woman her husband had recruited for a threesome, and subsequently filed for divorce. He reacted by murdering Karen as well as their two teenage daughters and his wife’s grandmother.  In Oregon, in 2013, Precious Jackson was shot and killed by a friend of her girlfriend’s ex-boyfriend who had been enlisted by the ex-boyfriend to carry out the killing because “he was furious.”  Just last year in New York, 22-year-old Toni Cox was stabbed to death by her girlfriend’s jealous ex- husband.

“They were both afraid something like this might transpire,” Melissa A. Wilson, the attorney who represented the couple in their assault case, told 10 news. “It was clear throughout the process that Mr. Fuillerat was having difficulty accepting the separation and divorce proceedings.”

They kept handguns for protection, but Vincente seemed to have anticipated this when he chose to wear a bulletproof vest, and none of their defensive shots were fatal.

Fernandez, who dropped Vincente as a client in the divorce proceedings when he refused to submit required financial disclosures, told The Tampa-Bay Times that he thinks Vincente may have “felt emboldened” by “a climate of intolerance in the country,” theorizing, “I think in his effected state over the painful separation, he felt there was support for not allowing this kind of behavior to go on.”

At Lake Gibson Middle School and High School, all tests were cancelled for Monday, and most classes devoted their time to sharing stories about Samara and Lisa. 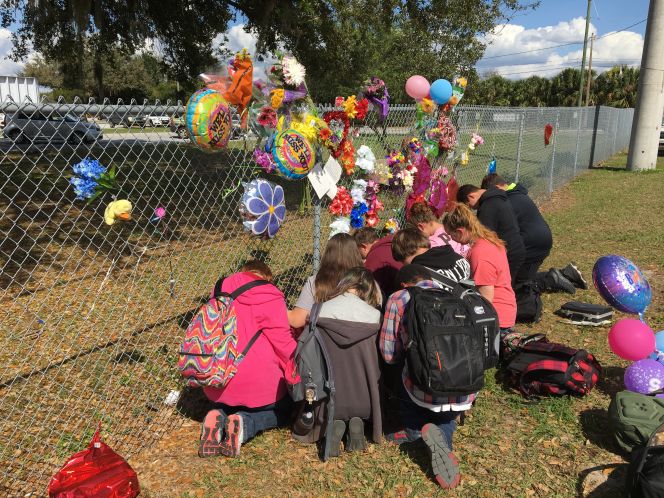 Students mourn Lisa and Samara, via The Tampa-Bay Times