Proving, once again, that cartoons do it better, Netflix’s Jurassic World Camp Cretaceous ended its fifth and final season by getting real gay. And swoony. Without pulling back on any of the dinosaur shenanigans and found family hijinks that have made the series so great (and, in my opinion, better than any Jurassic™️ series since the original Park).

For the uninitiated, Camp Cretaceous follows a group of nerdy teens who get stranded on Isla Nublar after several dinosaurs escape their habitats. They’re on Isla Nublar in the first place because they’ve been chosen, Wonka-style, to experience a once-in-a-lifetime, up-close-and-personal adventure camping with the island’s dinosaurs. They band together once the dinosaurs escape and traverse the island looking for safe places to rest and plan and try to get rescued. In the beginning, they don’t have any real hope of making it out alive — but they do have each other. 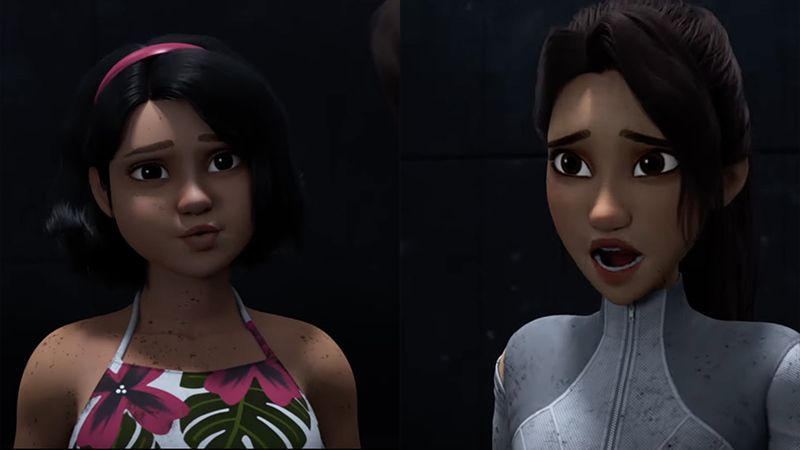 Kausar Mohammed voices Yasmina “Yaz” Fadoula, a standout athlete and especially a track star. She can’t out-run a Struthiomimus, but she can out-run the other humans in her group! Raini Rodriguez voices Sammy Gutierrez, an eager beaver camper with nothing but pure enthusiasm for the whole terrifying experience. They become fast friends when they arrive at camp, then enemies when Sammy reveals she’s been spying for a competing bioengineering-company called Mantah Corp to help pay off her family’s debts, and then friends again (because no one escapes raptors and rexes and Big Game Hunters and dino mind-controllers and genetic mutators and biome shockers and personal poisonings without developing some kind of pal-around situation). They’re both so different. Yaz is a little bit of a cynical loner. Sammy is the most exuberant, social gal in the group. Their friendship blossoms into Real Feelings. And, finally, in the final season, Yaz says them out loud.

When Yaz and Sammy find themselves alone (mostly; Ben’s trying to make himself invisible in the corner), Yaz says she’s been trying to tell Sammy something all day, but she’s been waiting for the perfect moment, but all those moments keep getting interrupted by the giant evil corporation that’s chasing them. She says she simply cannot wait another minute! Sammy’s like, “Wait another minute for what?” Well and finally Yaz blurts out, “I like you! Like a lot. Like a lot, a lot.” And before either of them can even process what’s happening, they get ambushed by a dinosaur. After they’re safe, Sammy says she feels the same, and has for a long time. AND THEN THEY KISS! ON THE MOUTH! IN A KID’S CARTOON! 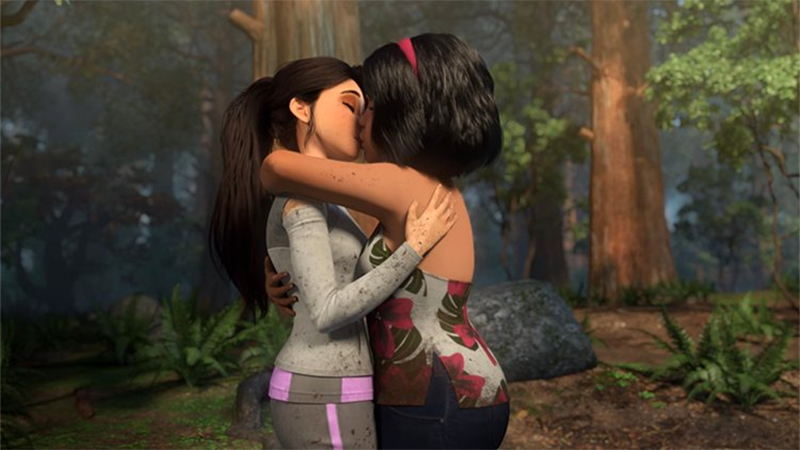 The series ends with the teens saving the day, of course — and when they’re reunited by video chat, Yaz is hanging out with Sammy and her family on their Texas farm, thinking about college and just enjoying not having to race velociraptors for a few minutes. We’ve come so far since The Legend of Korra!

All five seasons of Jurassic World Camp Cretaceous are streaming on Netflix.