Jackie Quiñones—the lesbian at the epicenter of Hightown’s dark world—is an instantly arresting character. A proud dyke, an addict, a fucked-up fish cop (okay, National Marine Fisheries Service agent), a hard partier who blacks out on the regular, an emotionally unavailable top with control issues, she is exactly the kind of messy queer character I’m drawn to.

Jackie, played by Monica Raymund, is at the center of this crime drama—a genre that usually skews hypermasculine. She fucks strangers and drunk-drives and uses jokes to deflect. She’s a nightmare human. A brief reconnection with her ex-girlfriend, which yes does involve some very hot sex with an ex, reiterates her own selfishness and tendency to use others. Jackie Quiñones is complex and flawed. Hightown sometimes leans too heavily on genre tropes and stocktype characters, but not when it comes to Jackie. She’s the force that frequently elevates Hightown, which gets intermittently stuck in the muck of its own narrative.

Set in Provincetown, Hightown contemplates what it means to live in a place where most people are just passing through. Its sense of place, the way it uses its setting to heighten, deepen, and detail the story, is immersive. Embedded in the show’s DNA is the contrast between the rich wealthy gays who come and go to mostly party and play and the people who actually live here. The contrast hums in scenes where those two groups smash up against each other, but Hightown doesn’t always make the most of these themes. There’s an undercurrent of what it means to be queer in a place where queerness is the main tourist attraction. Provincetown is known for its LGBTQ party scene, and that history is complicated. This show isn’t about that, and that’s fine! But there are times when I wish the connective tissue between the setting and the themes was tighter, fleshier. At a certain point, Hightown becomes by consumed in its sprawling drug crime drama conceit that some of the other details that make this show interesting and so strongly place-based fall away. Over the course of its eight episodes, there are so many times when I wish it would dig just a little bit deeper into its themes, setting, and characters. Alas, there’s too much twisty plotting to race through. 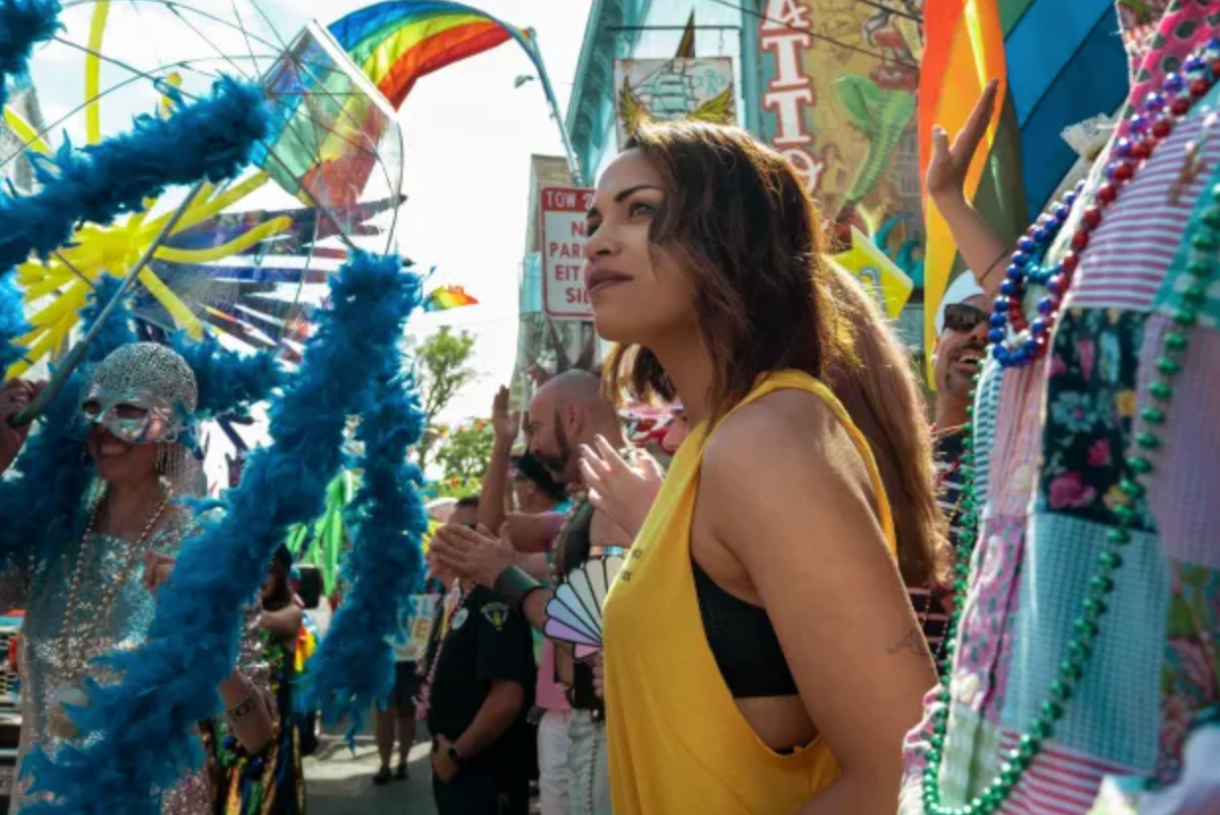 The violent drug and crime drama that the show does spin is thrilling at times, bleak at others, and a little overly simplistic in its rendering of good and bad guys. It’s scattered in its depiction of addiction, sometimes too dismissive of the characters who are addicts who exist at the periphery of the story. Jackie’s own struggles with addiction and sobriety smash up against the more zoomed-out look at how the opioid crisis is affecting the Cape, and the moments when those are threaded together work well. But the show still too readily relies on tired tropes of its genre. A cop solicits Renee, a stripper, just to get information out of her—a scene that feels straight out of 2004. Renee never quite becomes the fully realized character the show wants her to be, instead existing mostly as a device within the arc of two different men—her husband and the show’s kingpin Frankie Cuevas and detective Ray Abruzzo, who’s working parallel to Jackie to solve the recent murders in Provincetown and cultivating Renee as an informant. And oh yeah, he has a tendency to sleep with his informants.

Centering a lesbian of color in an American crime drama does make Hightown feel different than some of its grisly drug drama companions (Ozark, Breaking Bad, Justified, to name a few). Its best episodes are also written and directed by women (Rebecca Cutter created the series, and the always brilliant Rachel Morrison directs a couple episodes). But Hightown is inconsistent in its interrogation and challenging of toxic masculinity. Jackie responds to harassment from her coworkers with a laugh, like she’s in on the joke rather than at the expense of it.

Jackie’s strengths as a protagonist and complicated antihero also make it even more confusing why there’s still this Ray character in the mix. Why even include the sexist, racist, anger-prone straight white dude cop at all? He does take a back burner to Jackie, and at times it seems like the show is intentionally trying to juxtapose them with one another, but again, it doesn’t go quite far enough here. It also doesn’t do enough work to humanize or give specificity to a lot of its addicts or its drug dealers, instead relying on cliches. There are parallels between Jackie and Ray (especially in how they both use others sexually), and there are ways that they diverge, but Hightown doesn’t do much with that, and instead Ray’s arc feels like a diluted distraction from the better character work done with Jackie.

There is absolutely some very strong storytelling in Hightown. There’s also a lot of very hot and realistic lesbian sex. Raymund deserves immense praise, and the show isn’t always mired in weak tropes (although, all the times when the show is genuinely good makes its weaker spots all the more glaring). But sometimes it feels like Hightown doesn’t know what its own strengths are.