As a Software Engineer who relocated from the bay area to Zürich, Switzerland, I was super excited to see Lesbians Who Tech coming to Europe and immediately grabbed a ticket. I had attended happy hours and the first summit in California, but living abroad has made it hard to find a local queer community, let alone a community of queer folks in tech. Conversations around both LGBTQ issues and technology look really different in Europe. Countries vary wildly in their tolerance, with very different approaches to issues. In my experience living in Switzerland, people tend to be on the whole more private about their sexual orientation. Additionally, in many places in Europe (especially Germany, the location of the conference) new technology is greeted with widespread skepticism and privacy concerns not found in the U.S. So I was both excited and curious going into the conference.

Leanne Pittsford, Lesbians Who Tech founder, put together an incredible agenda for the event, kicking off the week with several evening get togethers. On Thursday I attended a meet up with Unicorns in Tech, Germany’s first tech community for LGBTQ folks and allies, and Berlin Geekettes, a community of women tech innovators. I had a great time getting to meet folks from the Berlin tech scene, which is (at least for an American software engineer well-versed in the gospel of Silicon Valley as the tech capital of the world) surprisingly large: Berlin is home to dozens of startups, and larger companies like Google, Twitter, and Github have satellite offices in the city. This meetup had a nice mix of folks visiting from out of town, and those who worked locally in the city and could speak to tech life and the LGBTQ scene. 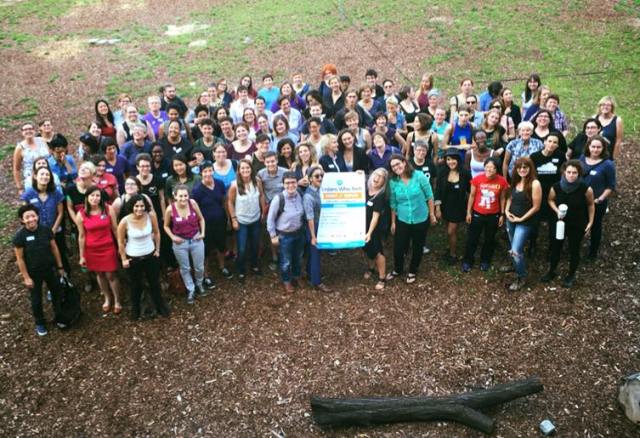 The main event on Saturday kicked off with Leanne telling the Lesbians Who Tech story, which by the end had me feeling quite inspired to start a chapter in my city. She offered advice for starting a group to create any kind of community. First, to begin by giving to that community; rather than starting with demands, think of what you can offer, and then to show up and offer it. Second, to make sure that your leadership looks like the community that you’re trying to serve; this should be obvious but is often forgotten in the tech industry, where only 22.5% of leadership roles are held by women. And lastly, and for me most importantly, if you want to build a community of or with queer women, do not start an LGBT group and hope for the best, instead start with queer women and build out the community from there. As queer women, we are so accustomed to seeing LGBT implying a majority of cis, gay men that we often don’t even bother to show up. We can’t expect to open LGBT spaces and assume that women, people of color, and trans people will know to feel safe and welcome. If we instead start spaces like Lesbians Who Tech, and begin by engaging underserved groups, the community will be more diverse and welcoming from the start.
The other highlight of the morning was Dominique DeGuzman’s “Breaking the Bro Code: #iLookLikeAnEngineer.” She talked about repeatedly having to prove her existence, worth, and identity, to herself and to others, including some intense though unfortunately unsurprising examples of ignorance and intolerance she’s encountered. She ended with the simple message that she has nothing to prove to anyone who doubts her, and in particular, “I’m female, I’m queer, I’m Filipino-American, and yes I’m a fucking engineer.”

This message of not having to prove our existence and value returned throughout the way, a refreshing change from Lean In style, “speak up for yourself!” type suggestions that are often the central message of events for women in tech. Another talk in the morning entitled “The Marginalization of Design and What Ada Camp Taught Me About UX” (given by Cory-Ann Joseph) centered around the sad interactions that designers frequently have with programmers, in which their work is devalued for being being less technical and they are assumed to be less rational, technical people. At a typical tech event, the ending question of “How do you talk to people whose default assumption is that your work matters less?” might have been answered with techniques for coping under these circumstances, the speaker chose to end the talk with a concise “Tell them to go fuck themselves.” You all, I am all for solution-driven approaches, but sometimes it feels so good to just be with people who understand and forget about everyone who doesn’t, even if for a day.

I was also inspired to learn about the work currently happening in Europe around diversity and technology. Most diversity efforts I know of are based and primarily operate in the US, and so I previously held an entirely false assumption that the US is where most conversations around this issue are happening. I am excited to report that throughout the day I was able to learn about so many incredible organizations that proved me entirely wrong. We heard from Brigitte Jellinek, who teaches women to code through Informatica Formale, a summer university exclusively for women that has been running for 18 years. I learned about Rails Girls Summer of Code, a global fellowship program to bring more women into open source, and codebar.io, a British nonprofit dedicated to growing a diverse tech community through coding lessons and mentorship. The amount of community-led, grassroots work showcased throughout the day was really impressive, especially in contrast to similar conferences that tend to highlight more corporate, top-down approaches to the issue. 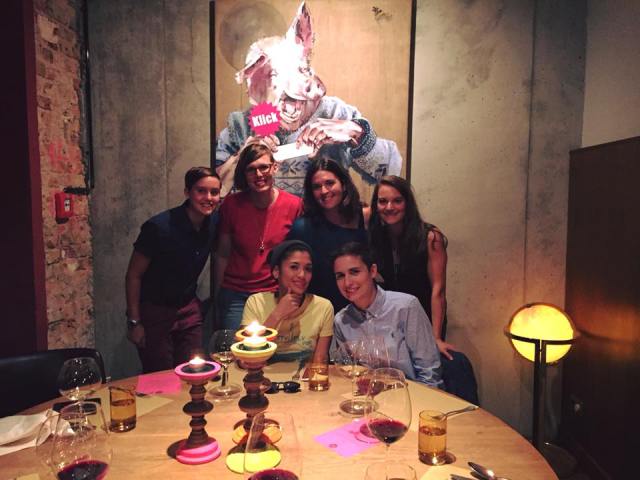 For me, the highlight of any event like this is “the hallway track”; the conversations and interactions with a diverse group of queer women I would have never otherwise had the opportunity to meet. I met women who have founded companies, students looking for mentorship, Autostraddle readers, artists, venture capitalists, and everyone in between (by the afternoon I had even been invited to give a guest lecture on web development at a University in Austria). Making these connections motivates me to stay in technology: finding role models and mentors, feeling inspired by queer women venturing out on their own, but mostly remembering that I am not alone. Queer women in tech exist all over the world, and being able to find each other is pretty fucking cool.

This has been the one-hundred-forty-fifth installment of Queer Your Tech with Fun, Autostraddle’s nerdy tech column. Not everything we cover is queer per se, but we talk about customizing this awesome technology you’ve got. Having it our way, expressing our appy selves just like we do with our identities. Here we can talk about anything from app recommendations to choosing a wireless printer to websites you have to bookmark to any other fun shit we can do with technology. Header by Rory Midhani.