The Norweigan word “SKAM” translates to mean “shame,” which is an accurate description of how I, a 36-year-old woman, feel when it’s several hours past my bedtime, and, despite having a whole lot of real work to do, find myself watching a show about teenagers on Facebook. I read about SKAM in The New Yorker last week and I knew almost immediately that I would be sucked in, and reader, I am. What I didn’t know, however, is that I’d be rewarded for my dedication with a black lesbian character.

The original SKAM webseries, which aimed to address real issues faced by real teenagers and apparently succeeded, premiered in 2015 in Norway, and quickly became a sensation, attracting one-quarter of the nation’s population as regular viewers and being named, by Fader, “one of the best TV shows about high school ever made.” 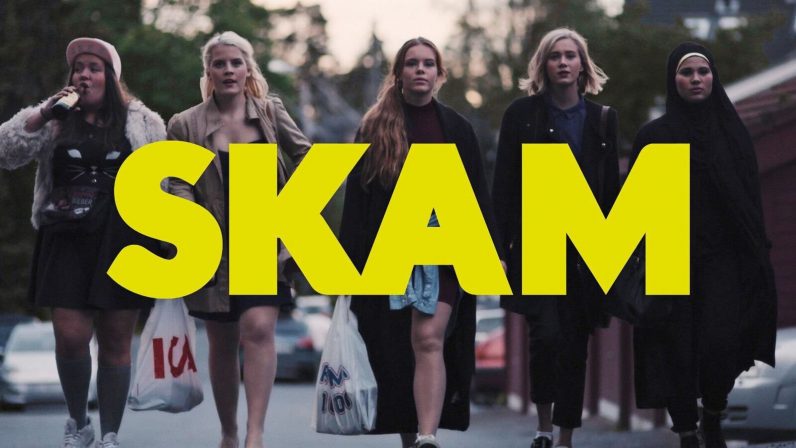 The American edition of SKAM, SKAM Austin, launched this April on Facebook Watch and wrapped Season One last week with the same showrunner and a similar, though not identical, cast of characters and plot. SKAM Austin’s cast was scouted at local skate parks and through open calls, thus filling show with inexperienced teenage actors who, like the Degrassi kids and unlike Dawson and Dylan and Finn, are actually around the same age as the characters they portray.

SKAM is not a conventional show. It’s a multi-platform experience that blurs the lines between reality and fiction and also requires you to spend a lot of time on various social media platforms that are probably harvesting our bone marrow for Wal-Mart.

SKAM drops each clip unannounced and in real time, so an event in the storyline that took place from 3pm-3:30pm on June 1st will be posted online in that same time period. They’re also shot shortly before they air, enabling them to incorporate real-life events, like a recent Kendrick Lamar concert in Austin. The SKAM experience is not limited to viewing its clips or weekly compilation videos, released as 20-30 minute “episodes” — characters have their own social media accounts, which are followed by fans and combed for clues about future show events. Screenshots of text messages between characters are posted to the facebook page. Due to Facebook owning the series, each characters’ social media accounts include posts made before the show’s action began so we can retro-stalk characters like we do new friends we make and crushes we have in real life! What is real life? Anyhow, the show ran for four seasons in Norway, each season focusing on a different character, and now spin-offs are underway in Germany, France, Italy, Spain and the Netherlands.

Fans of the original were watching closely to see what would become of one of SKAM Norway’s most endearing and beloved stories — the saga of Isak and Even, which Interview Magazine described as “a thrilling true-to-life coming out story that was neither navel-gazing nor embellished.” Initially, viewers wondered if American Isak was Tyler, the best friend of Marlon, an unremarkable teenage boy whose parents won’t take his musical aspirations seriously. As recently as yesterday, PopBuzz has Tyler listed as America’s Isak.

But if you’re highly tuned into that kind of thing — and “being tuned into that kind of thing” my full-time job, so — it became clear pretty early on that the main gay character introduced in Season One wasn’t going to be Tyler. It was gonna be Marlon and Tyler’s other best friend and bandmate, Shay Dixon (La’Keisha Slade). Wikipedia backs me up on this, for the record, and a different PopBuzz article argues that Tyler and Shay have been combined to create Isak, which is how gays reproduce. I can only assume that Shay was named after Shane McCutcheon’s milkshake-guzzling little brother Shay. 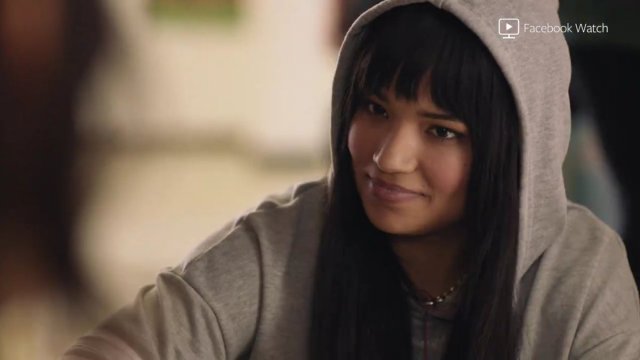 Shay looking cute in a hoodie

Friends, is there anything sweeter than an adaptation that replaces a male character with a gay girl character? There is not! (Let us all collectively forget that Skins US ever happened though, because that did not turn out very good, Amen.)

I don’t want to tell you anything more about this than that and anything I could tell you is too much. I will tell you to reign in your hopes for any good gay shit to go down in Season One, which is focused on Megan. (Overseas, Even and the Isak/Even storyline wasn’t introduced until Season Three, and Isak’s potential gayness wasn’t suggested until the very end of Season One.) But I still found myself unforgivably sucked in to SKAM. Unfortunately I did not give one single shit about Megan’s relationship with Marlon, and that situation got a LOT of screentime.

But Megan’s other big story is how she becomes part of a new group of girl friends, and we love female friendship stories! Much like Skins‘ assortment of misfits pulled together by unexpected social forces, the SKAM girls don’t seem like natural friendship fits, but they come to care for each other with intensity as they struggle with their own brands of uncertainty and self-awareness while conquering various Teen Issues. 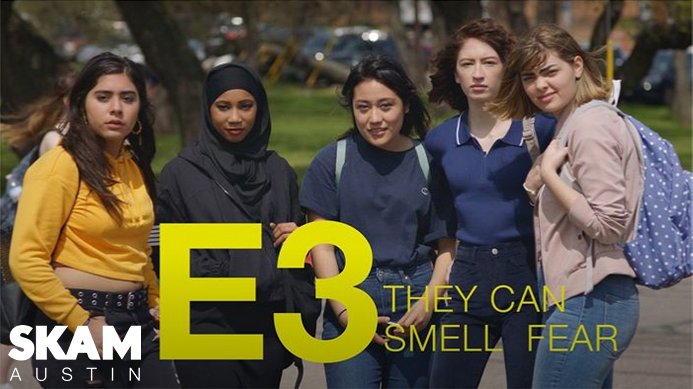 In conclusion, you could or could not decide to spend some hours of your wild and precious life watching SKAM Austin. If this entire country is not expunged from the globe between now and then, Season Two will debut later this year.