Perhaps Guyism is unaware that terms like “bisexual” exist. Maybe they are aware that “sexy queer female celebrities” isn’t the SEO jackpot that sexy lesbians is. Or it could be they want to keep this idea that lesbians are somehow accessible and open to dating men as plausible as possible. Whatever the reason, they recently compiled a list of “10 of the Sexiest Celebrity Lesbians” that included very few celebrities that openly identify as lesbian. A few lonely lesbians on a list of lies. 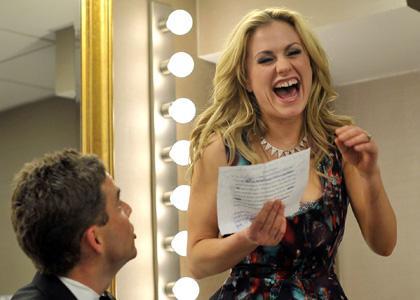 ...and then he said, "bisexual erasure!"

Regardless of the implications that there needs to be a separate list for sexy women that identify as anything other than straight, the most appalling thing about this list is the lack of actual lesbians. There are celebrities (and just normal folks like us) that are brave enough to saddle themselves with the term lesbian and rock the fuck out. For a men’s site to think they can throw any women who’s ever had a fling with another woman in the group is idiotic.

To add women like Gillian Anderson — who does not identify as lesbian or bisexual, but simply told OUT magazine that she had relationships with women as a teenager with an “anarchistic attitude” — is disrespectful to her and to us. To add Anne Heche — whom they helpfully note is currently married to a man — on a list of lesbians is completely ridiculous. 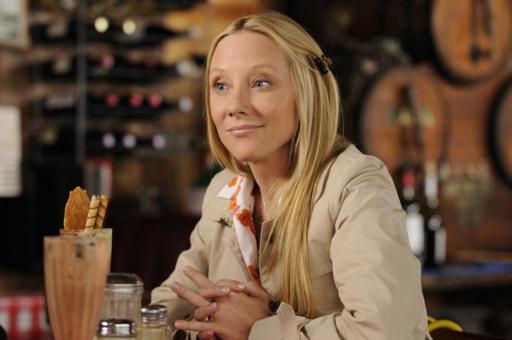 A smirk does not a lesbian make

To just throw this identity around is to ignore the obstacles some of us have had to go through to be able to embrace, stand behind, and be proud of this word that many, even those that fit in thought and action, avoid. I’m baffled as to what makes it ok for some dudes on a website to ignore stated identities and participate in the rumor mill while we have to sit on our hands with our toes crossed and hope that maybe one day celebrities will come out and we can have an “I Told You So” Parade down a boulevard. 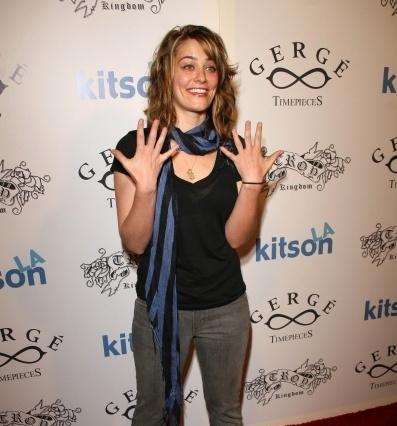 Why are my nails so short? Lol. Funny story...

On their list of 10 Sexy Celebrity Lesbians, only one openly identifies as a lesbian — Portia De Rossi. Then there are the primarily queer-identified women: Amber Heard, Kristanna Loken and Clementine Ford. The other six women on the “Sexiest Celebrity Lesbians” list are Anna Paquin, Lindsay Lohan, Anne Heche, Michelle Rodriguez (who I’m sure is THRILLED to be on this list), Gillian Anderson and Evan Rachel Wood Bisexual.

Any possible positive attributes this list could ever have if we stretched our imaginations to the ends of the earth are undermined by this blatant disregard for the preferences of these women. Instead of a list of “traditionally feminine/attractive” women that happen to like women per the usual fare, they took it upon themselves to decide who can be a lesbian — and to decide that being a lesbian can apparently include a stated attraction to men.  One small step for a men’s magazine, one giant leap for the patriarchy.

ETA: We got a response from Guyism on this! Pretty cool, I think. (-R)

“…you’re right. When we reviewed the article after publishing, we referred to it our social media/newsletter promotion as “Women who’ve enjoyed the company of other women.” During production, the choice was made to use Lesbian to get the point across in the headline and walk it back within the article description.

Either way, we’re very pro-LGBT on this site (which may not be apparent from this one article) so we apologize for any ill will this oversight caused.”