Show of hands: who thought that a two-hour long Grey’s Anatomy this week would mean 120 minutes of Ghosts of McDreamies Past, Present, and future feeling their feels? Because I certainly did. Instead what we got was basically a filing cabinet full of folders, and inside each folder was a headshot and scrawled note ARIZONA SUPER ANGRY or MEREDITH = GONE GIRL, and the writers are just pulling them out one-by-one and sliding them across the table to us.

They start with Meredith, obviously. After a quick flashback to remind us that McDreamy is indeed McDead, Meredith walks into the break room at Grey-Sloan Memorial where Callie, Maggie, Alex, Webber, and Owen are arguing about coffee. She says “Derek is dead. Derek is dead. DEREK IS DEAD!” and then passes right the hell out. 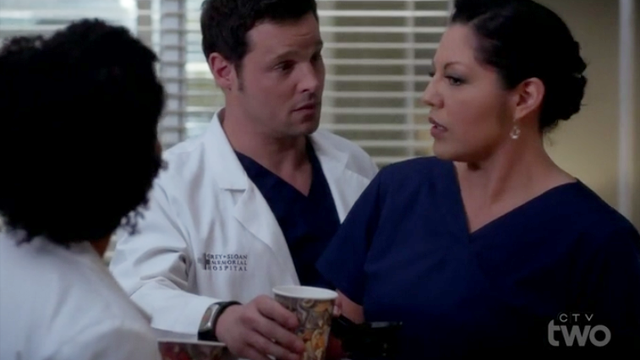 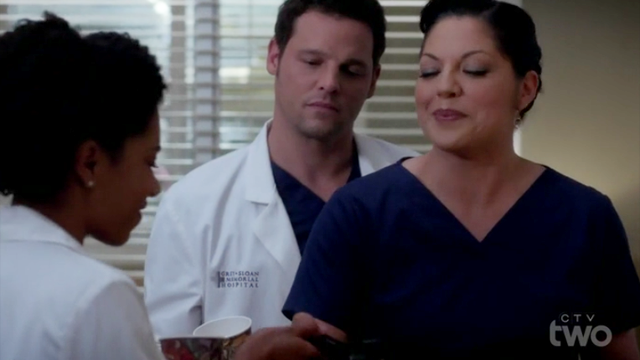 No sooner than Owen and Webber have her in a hospital bed and hooked up to an IV does Bailey come hustling around the corner, crying. As she’s trying to get herself under control, Owen asks how Amelia is holding up. Webber tells him she’s in surgery. He says, “You know the protocol,” and Owen replies, “Yeah, I know the protocol,” and RIGHT HERE, okay? Right here is such a missed opportunity for growth for Owen. After the shenanigans with Teddy and Cristina and Teddy’s husband Henry, I would have loved to see him damn the torpedoes and go straight to Amelia. But nope. Instead Callie heads down to Amelia’s OR. The dude on her table is none other than Officer Dan, Callie’s boring dude date. Aw man, I thought we dispensed with this guy.

After surgery, Owen meets Amelia in the scrub room. One look at his face and she knows someone is dead. She’s no stranger to the Your Loved One Is Gone face. Owen tells her it’s Derek. She like “Thanks, bro.” Meanwhile Callie tells Edwards, who just loses it and starts sobbing. 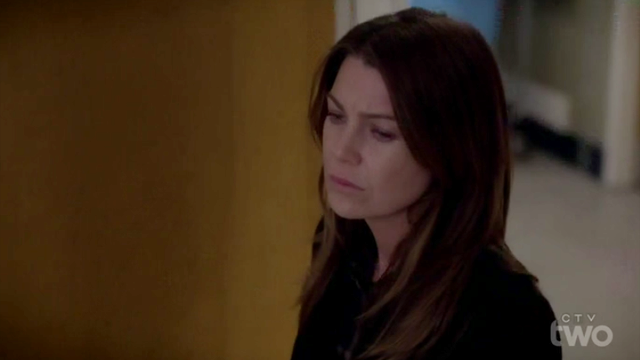 If they put onions on my pizza one more time, I’m burning Domino’s to the ground.

Derek’s funeral is about seven seconds long, after which Meredith sees the Post It of Love and thinks about Derek and her mom and the goddamn carousel, and then snatches up her kids and scurries off into the night. Remember that time on Pretty Little Liars when Shana’s funeral was on YouTube, filmed from multiple angles, and with like edits in it and stuff, and then Aria watched it in the computer lab at school and Shana came back to life and looked right at the camera? I just like to bring that up from time-to-time. I think knowing Shana’s out there, doing zombie stuff on the outskirts of Rosewood, it’s a balm. It’s a grief-cleanser.

Anyway. Days pass, weeks pass, months pass. Meredith doesn’t come back, doesn’t answer her phone, doesn’t give anyone any indication she’s all right. Maggie and Callie want to hire a detective, but Webber tells them she’s Ellis Grey’s daughter, and if she’s gone, it’s because she wants to be gone, and there’s nothing they can do about it. So it’s up to everyone to deal with Derek’s death as best they can.

Bailey tells Ben if anything happens to her, not to hook her up to any machines or perform any extraordinary measures. Ben is like “Cool, but no.” He wants every single thing that can be done to be done. Bailey thinks he’s crazy. Ben wants to live, and he doesn’t care if that means he’s hooked up to eleventy tubes and wires for the rest of his life. Bailey tells him that’s fine, but first she needs to make sure there’s an Idris Elba provision in there, because she’s not giving up a chance at that booty on the technicality of being married to a potato. Ben’s response is to sign a living will and give it to her as a Valentine’s Day present? Not as bad as when Ross said Rachel. Not as bad as a Pizza Hut box stuffed with a medium one-topping rectangular pan pizza, five breadsticks with marinara sauce, 10 cinnamon sticks with a sweet icing cup, and an engagement ring. It’s no brief jerky, is what I am saying. But it’s terrible. 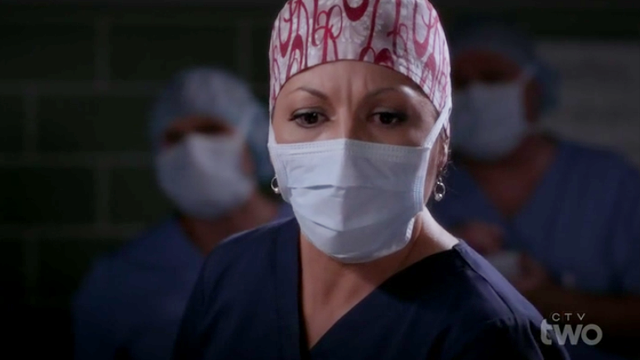 WTF happened to you? 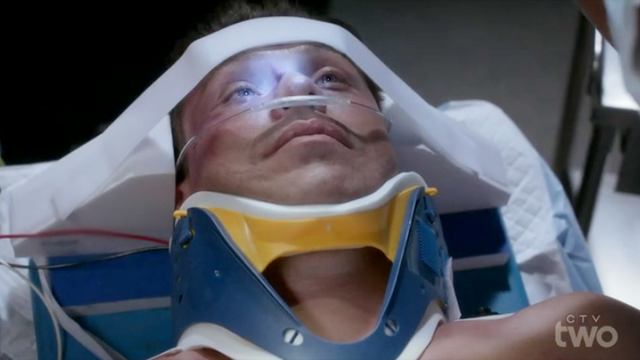 I tagged my hate on Tumblr.

Callie deals with her grief by treating Officer Dan, who, despite everyone’s best efforts, loses his leg. Callie hooks him up with one of the bionic legs that she and Derek developed. I know we’ve talked about my feelings about Callie dating a dude, and while I’m still okay with that, I am not okay with her dating Officer Dan. He’s condescending and has the sense of humor of a bagel. He’s not nearly good enough for Callie. Officer Dan tells her he thinks they were meant to meet so that she could save him. She fits him for his bionic leg and there’s this really touching moment where he walks for the first time since losing his leg and she breaks down and I wanted this for Callie and Arizona. I hate to be such a downer, but I feel like this whole episode was a collection of moments that could have been but weren’t.

Arizona’s feelings: Super double plus the angriest. She overhears someone bitching about waiting too long for a neuro consult and shouts her down in the lunchroom. And that’s it. That’s all we get of Arizona. She and Callie aren’t even a single scene together. The only nod we get is a single beat when Callie and Sophia are hanging up Christmas stockings and Callie pulls Arizona’s out of the box and then looks at it like “nah” and just tosses it back in. So, I guess that’s it? Is that the last nail in their coffin? Really, Papi? Really? And Santa wrecked his sleigh and Rudolph flatlined on the way to the ER and two of the elves were chopped in half as the sleigh fell out of the sky and MERRY CHRISTMAS. 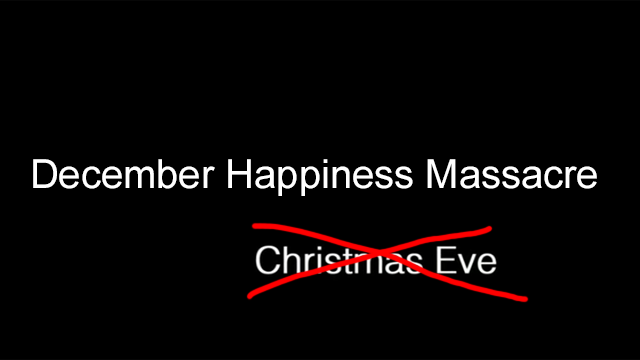 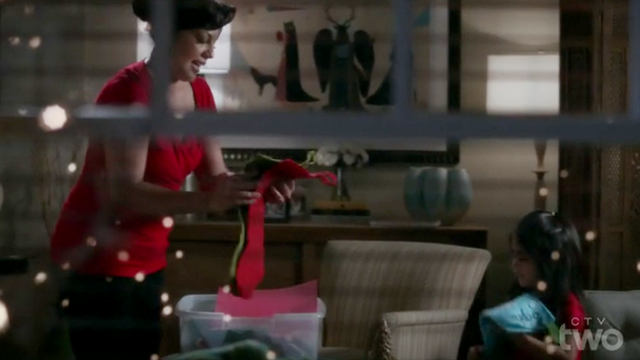 Four for you, Sofia. 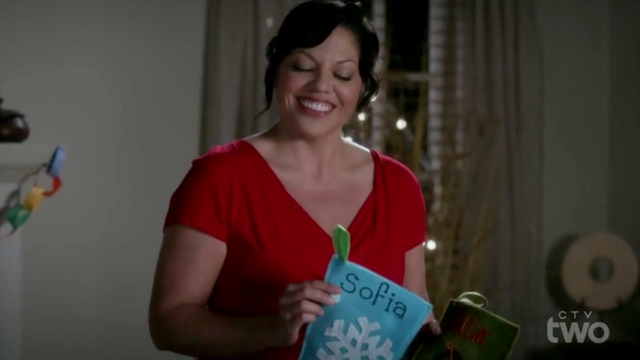 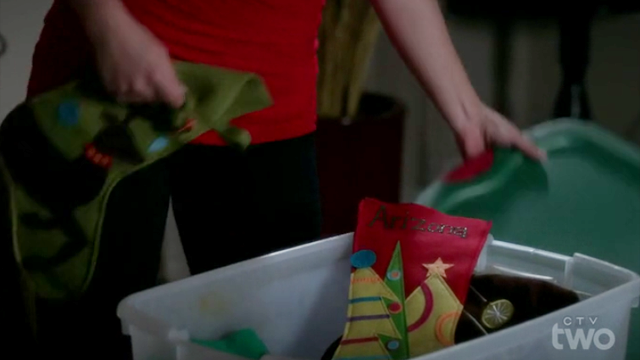 And none for the love of my life, bye.

Amelia, despite her stone cold reaction to the Death Face, is not handling Derek’s death all that well. She’s making jokes about her dead brother and everyone is super uncomfortable about it. Webber keeps trying to get her to come to a meeting, and Edwards tries to get her to go to a grief counselor. When Webber stops her in the hallway to check in and see if she wants to grab a cup of coffee, every single thing she’s been holding back rushes out of her mouth. She can’t go to a meeting. She can’t go to a get a cup of coffee. If she leaves, people will die, and then their families will be left wondering why everyone leaves, why everyone gets ripped away. Then she walks straight out and scores a baggie full of oxy.

Owen and April come back from Iraq, and Owen heads straight to Amelia’s. She holds up the bag of oxy and tells him she’s got the Derek thing totally handled. She’s saving lives, putting butts in the OR gallery, joke joke joke, she is GREAT. She’s been sober for 1,321 days, and she was fine. It was managed. And then Derek died. Owen is all “you have to feel the pain, you can’t run from it! Which, haha, oh shit, is what I was doing! I was running from the pain too! That’s why I ran to Iraq! WOW!

Let’s pause for a second and just be clear about one thing. If an addict is standing right in front of you clutching a bag of oxy and threatening to take it, maybe not the best time to get introspective and make everything about you? Just food for thought. Something to keep in your back pocket.

Anyway, Amelia is strong as fuck, and she forces herself to give the oxy to Owen so that she can move into the pain of losing her brother, terrifying and awful and impossible as it is. She is amazing. Protect Amelia at all costs. 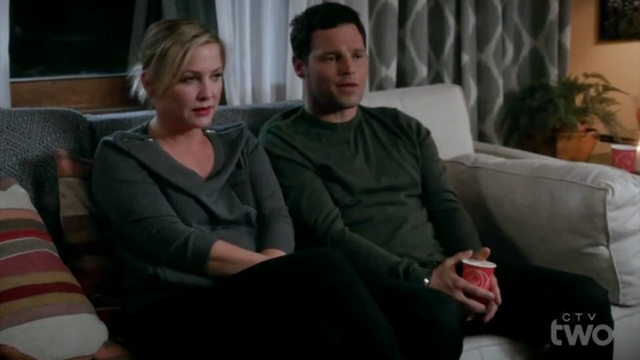 Play that Christmas song again where the kid sells his liver to buy his mom some shoes to go with Jesus to prom. And give me some more eggnog.

Owen convinces April to head off to a war zone to practice surgery there. It’s supposed to be for three months but then it’s six and then it’s long enough for Meredith to grow a baby! Told you so! She and Bailey and Zola are God knows where, not answering the phone, and Meredith is all kinds of preggo. She starts bleeding and sweet, darling Zola calls 911. I thought for sure the next scene would be Meredith rocking up into Seattle Grace on a gurney where Arizona would be waiting to safely deliver her wee one, but no to that one as well. They take her to another hospital, and it’s the same one that killed Derek and they try to deliver her baby with a butter knife and a car battery and a head of lettuce. JUST KIDDING.  They wheel her into an emergency C-section, where she delivers a healthy girl named Ellis. Alex is her emergency contact (awwww!) and he comes to the hospital and takes Meredith, Zola, Bailey, and wee Ellis back to the house that Derek built.

You didn’t think we were going to get out of this without a Patient of the Week, did you? Anne is a lady who was pulled out of a house fire and 60% of her body is covered is covered in burns. She’s in the burn unit beside a woman named JJ, who was admitted a few weeks before. Even though she’s in tremendous pain, JJ keeps Anne’s spirits up, even when her husband bails out because having a wife in the burn unit isn’t “what he signed up for.” But then JJ dies, because of course she does, but Anne figures out how to move on, just as we all must. A bit heavy handed with the symbolism this week, but okay. If Anne can move on, we can move on, and we will. 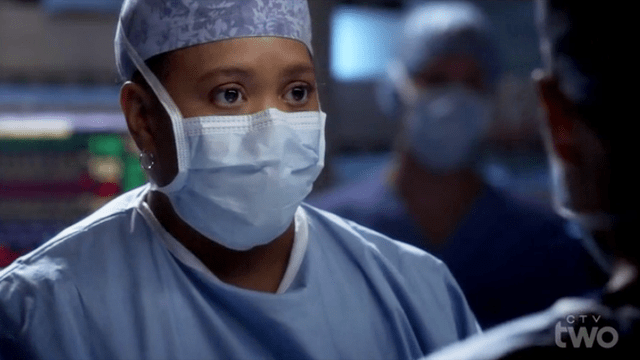 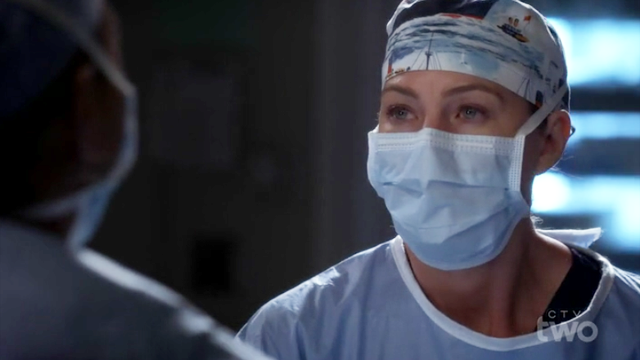 And Quinn didn’t go to Brittany and Sanatana’s wedding and nothing is sacred and everyone dies.

Meredith finally makes it back to Grey-Sloan memorial. Derek’s coat, his books, and his stethoscope are still in his locker, and Meredith takes Derek’s ferry boat scrub cap from his pocket, slides it on, and heads into surgery.