Tonight at 8pm ET on ESPN2 (or WatchESPN for those that prefer streaming) is the 2014 WNBA Draft presented by State Farm. The draft will take place in the Mohegan Sun Casino and Resort in Uncasville, Conn. Last year’s draft put Brittney Griner on our collective radar for which we will be forever grateful. Tune in tonight to catch new talent, ladies in dope suits, and dreams coming true. And not only that-–Autostraddle is bringing you the chance to win a bunch of cool WNBA Gear! 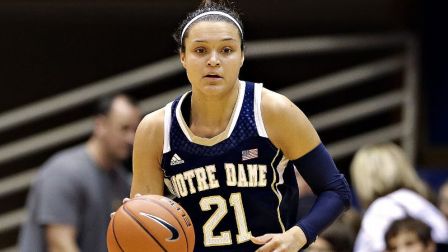 Comment on this post with your prediction of the top three picks, in their draft order and you could be one of two people that win an official WNBA adidas t-shirt, chapstick, a pair of sunglasses, and WNBA beer hugger. Anyone that accurately predicts the top three picks in order will be entered into a random drawing that will determine the winners.

Do you have no clue about sports and/or seriously doubt your ability to accurately predict anything? Don’t worry about it! Tune into the draft then come back here and leave a comment about your favorite moment in the comments. Anyone who does this will be entered into a random drawing to win a WNBA mesh drawstring bag! 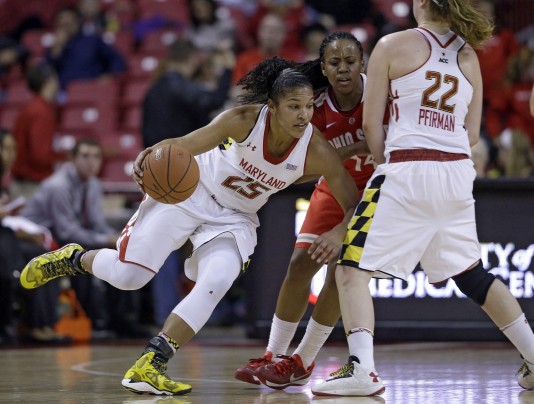 Stefanie Dolson (UConn)
The 6-5 center was a finalist for the Naismith Award (which she lost to teammate Breanna Stewart) and the Wade Trophy. She has two national championships under her belt and will go down in UConn’s and the ACC’s record books in plenty of categories.

Kayla McBride (Notre Dame)
McBride was the star for Notre Dame during a season in which they only lost one game…the national championship. The guard scored 17 points and pulled down 5 boards per contest. 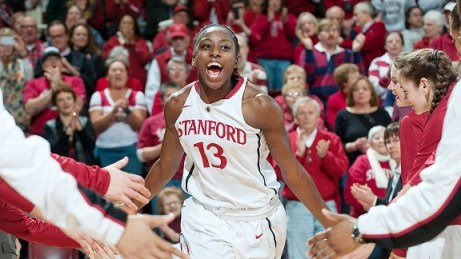 Chiney Ogwumike (Stanford)
The forward led Stanford to a 33-4 record and Final Four appearance where they lost to eventual National Champion, Connecticut. Fun fact: Ogwumike’s sister, Nneka was the number one pick in the 2012 WNBA Draft.

Odyssey Sims (Baylor)
The former teammate of Brittney Griner was the winner of the 2014 Wade Trophy. Sims is a high scoring guard that can dish as well as she takes tallying over 170 assists in a season where the Bears went 32-5.

Alyssa Thomas (Maryland)
The 6-2 Forward was three-time ACC Player of the Year. She led the Terrapins to their first Final Four in eight years.

Don’t forget to tune into the draft at 8pm ET on ESPN2 and to enter the contests (you can do both!) for a chance to win free gear.