If you thought the pig drama and the dyke drama in York were intense, wait’ll you hear about Blues vs. Yellows in the Halifax election. The Blues, of course, have been spending all their days and all their nights nights feasting and fighting about whether or not to use boats or trains to haul all their coal. Turns out maybe they should have been more worried about the children who’ve been digging the coal and their freezing, starving families. The Yellows. Because, see, the Yellows have had it and they’re either going to win some workers rights for themselves, or they’re going to die trying. It’s better than dying by getting ripped apart in a factory. In the meantime, if they have to smash up carriages they’re not allowed to ride in, and shatter windows sheltering books they’ve never even been taught to read, and maybe even literally eat the rich? Well. In the wise words of Carol Aird, a whole other lesbian Blue, “That’s that.”

I am obviously with the workers all the way, even the ones who confront Anne Lister in an alley on her way to Halifax, costumed to full Dickensian effect, with bare feet in the snow. 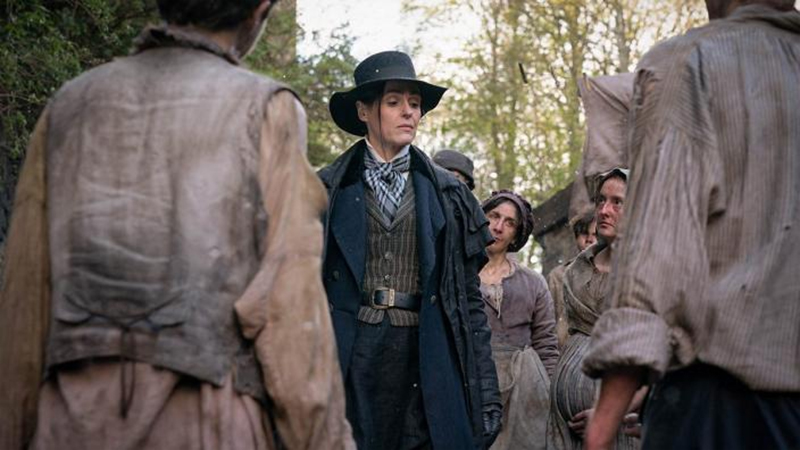 I haven’t even put any of your toddlers to work around the clock in my pit yet, relax!

Most people want the Listers and Ms. Walker to stay safe on top of the hill — except for Captain Sutherland, who dictates a letter to his wife to send to Ann re: the division of their estate. He’s been hemming and hawing about it, until the Halifax election reaches its tipping point. That’s when he swoops in and agrees that, yes, the estate should, in fact, be split right down the middle. But first they’ve gotta kick out all the tenants who are in arrears. You know, at the exact moment when evicted tenants are going full Beauty and the Beast torches on landlords. Ann’s so rich it doesn’t even occur to her to be worried about the money. In fact, when Washington brings up her Christmas day rents, she tells him to just toss the entire satchel of gold just wherever. She simply doesn’t want to keep getting schemed against and also she’s worried about her sister.

Anne, too, is worried about her sister. Marian has decided she’s going to marry Mr. Abbott, despite the fact that her entire family hates him for having the temerity to speak to Anne out of turn at that man meeting the other week. Well, that’s why Anne hates him. That and the fact that he makes carpet. The rest of the family thinks he’s kind of an idiot and they don’t like the fact that he keeps hurting their daughter’s / niece’s feelings. Which, by the way, is why they also don’t like Mariana Lawton! Anne tells Marian that she’s going to have no choice but to disown her if she marries Mr. Abbott, so please just think it through, and also please make sure he knows there’s: a) no dowry coming his way, and b) he will never, ever, ever, ever, ever own Shibden Hall. Marian says he does know all that, that they’re marrying for love, but me and Anne are not so sure. Anne seems particularly wounded when Marian says that she wants children enough to leave behind her whole family for them. 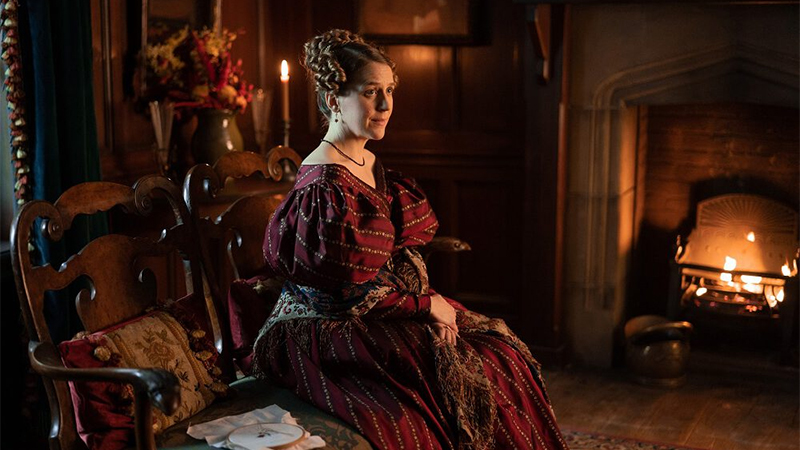 I was basically a lesbian pirate in my other life, you know! Yara Greyjoy — maybe you’ve heard of her!

Because Anne and Ann can’t vote, Ann keeps sending her servants — in very bad disguises, by the way; just plain cloaks covering up their literal golden livery — to check in on the election results and also to remind her tenants they need to vote Blue. She nearly gets poor George — well, “George” — beaten to a baby-faced pulp when she demands he go into town to listen to the Blue speech. And then she keeps sending him out, at all hours of the day and night, in the howling snow to do her election machinations. The only one who can’t really do any vote wrangling is Cordingly, who’s got a bad hip and can hardly stand to do her housekeeping. She snaps at the doctor who tries to manhandle her, says she’ll be fine in the spring, and this is just what happens when you get old and can’t stay in bed all day like Aunt Ann. Anne sends her away for a few days, under the guise of getting some rest, but really to punish her for saying that out loud.

It’s terrible to watch Anne acting like this! But also it’s so important and I am so impressed with Sally Wainwright for refusing to shy away form it. She could have just made Anne a fast-walking, suit-wearing, top hat-tipping lesbian superhero — but she made her Anne Lister according to Anne Lister, and I don’t know if I’ll ever get to see anything else like it on TV for the rest of my life.

The Blues win the Halifax election by one vote, and you kinda get the impression that maybe they cheated? Someone’s coming from London to verify the election results so I guess we’ll see. 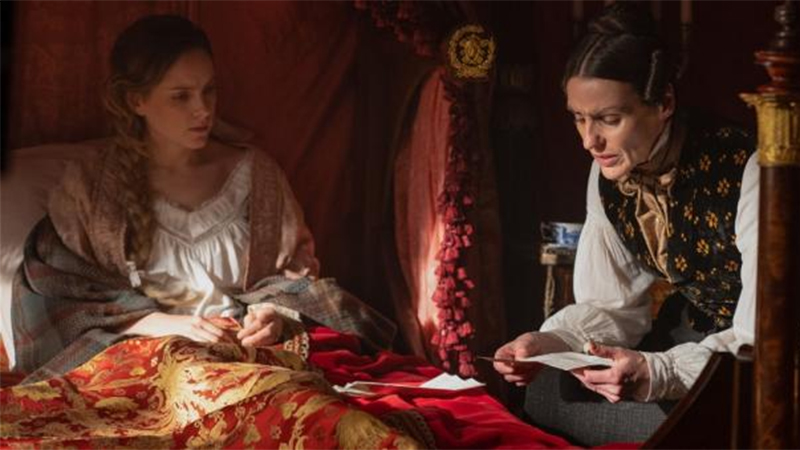 Well, at least we don’t have access to the news every second of every day. That’d REALLY be depressing.

Hey, and speaking of cheating, Ann Walker’s curious, just wondering a little bit, sort of slightly intrigued by the fact that Anne has been more attentive than ever since she got back from Mariana’s place last week. She asks Anne about it, and Anne says that she’s always attentive, which is true. But how come she walked directly in the door and said she’ll never leave again, hmm? How come she hasn’t even mentioned her oldest friend since then? She was so worried about Mariana’s health and general discontent that she kept losing herself in thought about it, and writing a dozen letters a week full of sympathy and medical advice. And now? Nothing. It’s peculiar, is all. Moderately bizarre. Not weird like her brother-in-law trying to get her ripped to shreds by the Yellows, but something to remark upon at least.

Anne smiles at her wife and smooches on her and crosses her fingers Mariana doesn’t Mariana this whole thing at some point in the future.

Anne takes her pistols to town to do her business and barely bypasses getting beaten up. Maybe because she looks so slick in her floppy gay hat they decide to cut her some slack. On her way back home, she runs into Hardcastle and tells him how Rawson’s the one who smashed into his wagon way back in episode one and destroyed his son’s leg. She says, as luck and God would have it, the Yellows destroyed all of Rawson’s modes of transportation in the protests last night, so he won’t be running over any more little kids any time soon. Justice!

Anne returns home to a lovely dinner in front of a roaring fire and a fake wedding announcement in the local paper declaring that Captain Tom Lister married Miss Ann Walker. Marian and Aunt Ann don’t get the “joke” — but everyone else does. Probably it was William Briggs who did it. Probably he will pay. The Lord giveth and the Lord taketh away. The Lord put extra teeth inside the bellies of pigs so they can eat grown men. Oink oink, Mr. Briggs. Oink oink.