Happy mid-week, my friends and foes! Did you know it’s March Madness time in the NCAA and also here at Autostraddle? If you’re an A+ member, Natalie’s even going to let you help seed the brackets with your favorite couples! And then when you return from doing that, I have made a Pop Culture Fix just for you!

+ Okay so Melora Hardin is in this new Hallmark movie called Love, Classified, which seems like it’s going to be gay due to the gay promo photos and also this description: “Romance novelist, Emilia, returns home after a long absence, to reconnect with her children who also are finding their own paths to love… Taylor (Katherine McNamara) matches with a woman that changes the way she’s always thought about love.” That woman is Arienne Mandi, who you know as Dani from Gen Q! GAAAAY. 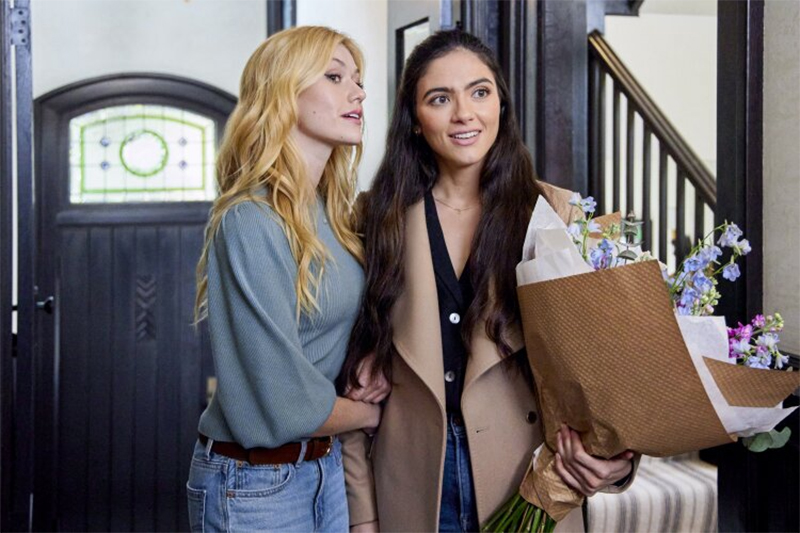 + It is impossible to believe it’s been a decade since we lost Whitney. CBS is planning a special about it.

+ This copy for this casting news for season two of P-Valley is so good it gave me chills. Shamika Cotton and Miracle Watts are joining the cast as Farrah and Big Bone, respectively. Looks like Farrah and Mercedes will “strike up an unlikely connection.” Big Bone? Well: She’s “a fighter and a biter with sky-high ambitions. She is a rambunctious new presence at The Pynk blessed with a molasses-thick body, knees of steel, and a tongue more lethal than a draco.” 😳

+ HELLO HERE IS THE FULL TRAILER FOR MS. MARVEL!

The future is in her hands.

+ Kristen Stewart almost took the First Dead Girl role in Scream 4??? That’s my main takeaway from this most recent interview on her Oscars campaign tour.

+ Stephanie Beatriz recorded Encanto’s “Waiting on a Miracle” while she was in labor!

+ Abbott Elementary has been renewed for a second season! Best news of the week! (“Don’t tell me what kind of day to have!”) And here’s Principle Ava’s announcement!

+ Mary Lambert crying while covering Melissa Etheridge is for sure the gayest thing you will see today.

Learned this gorgeous song by @metheridge from a patreon request and I basically just cried for 20 minutes which I guess is just my brand??? Anyway, this is such a beautiful song that will absolutely be played at our wedding!! pic.twitter.com/mKYjGPNVYD

+ Tegan and Sara are so excited about the New York Post’s declaration that lesbian fashion is a “sexy and powerful” trend. (Carmen reported this first in the AAA yesterday!)

+ Reflections on Turning Red from an Asian American teenage girl seeing herself in the first Asian-led Pixar film.