After we wrote about the Florida Family Association’s claim that General Mills and RE/MAX had pulled advertising from the show Pretty Little Liars because they were successfully pressured regarding its “lesbian content” (following coverage via the Sunshine State News), plenty of other publications took interest in the story of whether major corporations cared about Emily’s love life.

The initial interest in the FFA’s claims has turned into a story about whether there’s a story at all; when contacted, neither company would confirm the FFA’s claims. General Mills’ Director of Consumer Services Jeff Hagen said that the company hadn’t even been advertising on PLL in the first place, and that that decision had nothing to do with “any individual characters.” (He did not explain the email he sent to the FFA in which he confirmed that the advertising did occur and that “we have informed ABC Family Channel and our agencies that Pretty Little Liars is not a program that we will sponsor,” although he did confirm sending the email.) General Mills later released a blog post that implied that “bloggers” were jumping the gun, although it did not offer an explanation for Hagen’s email either.

RE/MAX’s Public Relations Manager, when contacted, said she had no knowledge of any communication sent to the FFA on behalf of RE/MAX or even the television show itself. She offered no further explanation. 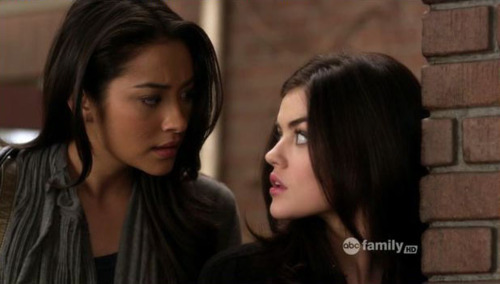 Now, Fox News reports that both companies are officially denying that their advertising decisions regarding PLL had anything at all to do with the show’s content.

Shortly after the campaign launched, Re/Max Realty and General Mills pulled commercial spots on the show. But while the FFA believes their campaigns led to the pulled spots, both companies say the withdrawals had absolutely nothing to do with the show’s content.

“We make advertising decisions based on audience demographics and relevance for our brands, not based on the sexual orientation of characters,” a General Mills representative told us in a statement, while [Re/max] Realty called reports that it severed ties with the ABC Family show over the purported “glamorizing” of lesbian relationships “erroneous.”

Re/Max later added that the advertisements did not fit the show’s target demographic of adolescent viewers.

Fox also contacted the FFA, whose founder David Caton doesn’t seem particularly fazed by these two corporations disavowing any connection with his organization.

“We would love to see the program change its content to remove the explicit lesbianism that is then presented to an audience of girls,” David Caton, FFA founder said. “That would be something we’d love to see but we know that producers are not likely to do that, so we’re going to continue to contact companies that are paying the advertising costs and sponsorship for the program as long as it stays on the air. We’re in this to make a difference.”

Regardless of what actually went down and why, Caton seems determined to see this as, if not a victory, then a situation that could still become a victory at any moment. In reality, this is something of a victory for the queer community. Of course, it would be much preferable if both companies had released statements saying that not only were the FFA’s claims erroneous, they were impossible, given the commitment that both General Mills and RE/MAX had made to acknowledging and supporting their queer consumers and employees. But until that day, it’s a good thing that this issue has become big enough that both companies at least feel compelled to address it, and that they think of being perceived as anti-gay as a negative move for the company. That’s economic clout — the “pink dollar” — in action. And if you need a more tangible (albeit tame) feel-good moment, here’s ABC Family’s statement on the matter:

“We strive to reflect the rich diversity of our audience and the world around us. We’re incredibly proud of the engaging characters and authentic storytelling that define ABC Family.”