You guys the GLAAD Media Awards were last night! A lot of people we like won, like 30 Rock, True Blood and Essence. Ricky Martin won the Vito Russo Award for his appearance on Oprah (who was also nominated for an award), and publicly thanked/acknowledged his boyfriend Carlos for the first time ever (!!!) Also, this picture happened! 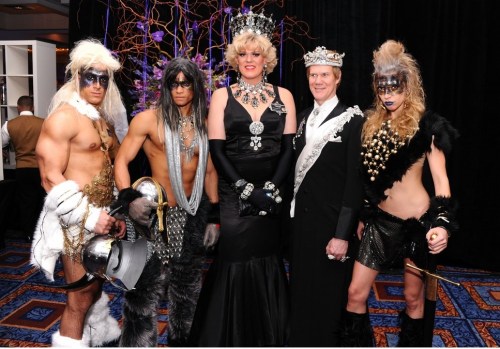 Autostraddle sent Intern Lily to the GLAAD Awards so she could breathe air with Ricky Martin, and we’ll have a full recap from her and a special correspondent tomorrow or the next day or the day after that.

This was actually the 25th Anniversary of GLAAD: and a good time reflect on how lucky we are that people like Kristin (who will be given her award in Los Angeles in April) and Ricky and Lafayette who I know is imaginary are here in the world. Or as Jarrett Barrios, GLAAD President, says:  “When allies like Kristin take such powerful stands against anti-gay sentiments in the media, it sends an important message of equality… It is a privilege to honor such a talented and conscientious advocate for fairness towards the LGBT community.” 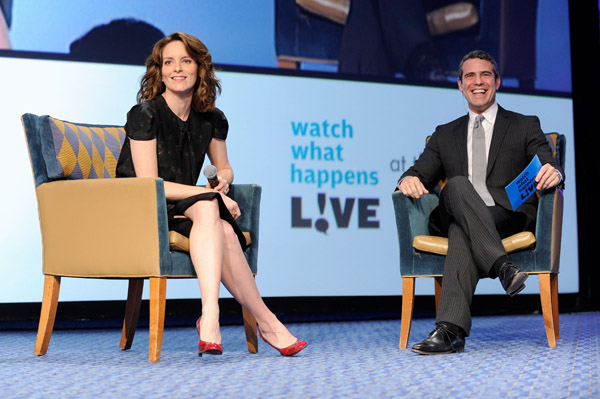 Other gay people celebrated too this weekend! It was the Servicemembers Legal Defense Network’s National Dinner this weekend, an event to celebrate those GLBTQ-identified people fighting for our country, and also those who are fighting for them and their rights. It sounds like it was a fabulous event, with appearances by such diverse individuals as the Gay Men’s Chorus and Barney Frank, and a lot of discussion of victories with DADT and the road ahead. Pam’s House Blend has helpfully liveblogged the whole thing here, check it out!

It was her birthday! She’s 41! We will acknowledge this despite her refusal to acknowledge us back. Happy birthday, Vintage Biker Queen Latifah!

AMERICANS OK WITH US KINDA:

A new poll shows that the majority of Americans are ok with gay marriage. ‘More than half of Americans say it should be legal for gays and lesbians to marry, a first in nearly a decade of polls by ABC News and The Washington Post. This milestone result caps a dramatic, long-term shift in public attitudes. From a low of 32 percent in a 2004 survey of registered voters, support for gay marriage has grown to 53 percent today. Forty-four percent are opposed, down 18 points from that 2004 survey.”

I mostly want to link you to this because it sounds awesome and hilarious, and I’m allowed to because lesbians are mentioned! “If a women’s prison movie doesn’t have an actual prison in it, should we still call it a prison movie? “Sugar Boxx,” arriving on DVD this week from Entertainment One, can be described more accurately as a work camp movie because the producers couldn’t afford an actual cell or even a few steel bars to throw in front of the camera at any point during the film’s 86-minute runtime. Instead, our women in bondage look like they’re spending a bummer of a vacation at a public park… As the film’s screenwriter, Jarrett boasts one accomplishment: In the traditional women-in-chains flick, lesbianism is something inflicted on our wrongly accused protagonists by butch cellmates or obese lady guards who threaten the lash for noncompliance, but in “Sugar Boxx,” plucky TV reporter Valerie March (Geneviere Anderson) is in a committed lesbian relationship from the get-go. In fact, much of the film’s suspense, if you manage to care at all, is generated by Valerie’s efforts to avoid compromising her sexual orientation as the drooling hicks of the Sugar State Women’s Prison attempt to force themselves on her. This is by far the most enlightened aspect of “Sugar Boxx,” which for the most part makes “Reform School Girls” (1986) with Wendy O. Williams of the Plasmatics look like it was produced by Stanley Kramer.” 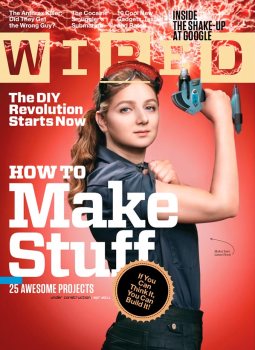 WIRED Magazine has featured an actual female engineer on their cover for the first time ever, which usually features things like “wires,” “men,” or “disembodied breast.” There is a certain amount of brouhaha over the image itself, which you are certainly welcome to engage in, but this being the Sunday Funday we’re going to quit while we’re ahead and call this a good thing.

You guys it’s women’s history month!!! In honor of it, these eight women writers have written about their female heroes and inspirations. It will make you feel really good to read I promise!

It would appear that the Sunday Funday concept is catching on, which I fully credit us for: Salon has a roundup of feel-good news to offset the fact that if you’re anything like me, you have had a legitimate breakdown every time you’ve turned on the news for the past 2 weeks or so. I have to say, though, they did a pretty solid job. This week a Great Dane gave birth to 17 puppies, and there’s this video of some elephants!