I joined the queer army fairly recently, so I spent most of my life missing out on all sorts of critical cultural touch stones. I’ve been catching up recently — I just read Tipping the Velvet and cheered and watched Brokeback Mountain and wept — while there are other things I feel pretty ok about missing, even if it means I’m out of the loop for all eternity. There is so little media with pronounced and meaningful queer themes, but I still feel like there are endless films, books and TV shows I am totally clueless about. Here are a few:

1. The Picture of Dorian Gray by Oscar Wilde

In high school, half the AP English classes read Dorian Gray. I was in the other half, so I heard my friends talk constantly about how rad it was while I sat in a corner and whined about Crime and Punishment. But it’s one of the most important queer books, apparently, so I thought maybe I should check it out. It’s sitting on my Kindle waiting for me, but the Wikipedia page does not inspire me to read it. Basically, they took all the gay stuff out before publishing it in book form (it was originally published in a magazine) and the remaining shell is just white kinda-gay men having confused feelings. I’m bored.

When I got Netflix, I immediately started watching The L Word. I devoured seasons 1-3, side-eyeing Jenny, memorizing the chart, and crying over Dana like so many gay women before me. I was geared up to start on season four until I got to the last minute of the last episode of season 3.

Laura and Alice. LAURA AND ALICE?! I started frantically looking up recaps in hopes I would learn The L Word did not actually completely jump the shark, but everything I read made me more concerned. Like, *spoilerz* Shane leaves Carmen at the altar and Bette kidnaps her child and Jenny gets mysteriously maybe murdered? It all seems like too much! I may go back and watch the rest some day so I understand what everyone is talking about, but right now I don’t think I can handle the stress.

A bunch of my friends at my college paper The Daily Texan were super obsessed with RuPaul, but this show never managed to suck me in. Now I feel kind of *side-eye* about the way it purportedly advances stereotypes of drag queens and trans people, not to mention RuPaul’s repeated and unapologetic use of the word tr*nny. Plus, I can only have one extremely gay reality show in my life at a time and Project Runway earned that spot many moons ago. 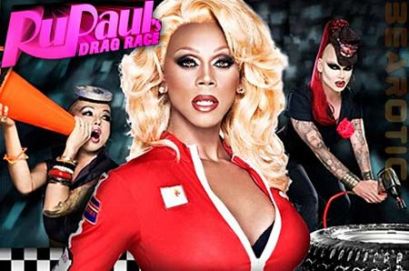 4. Oranges Are Not The Only Fruit

According to Wikipedia, the 1985 Jeanette Winterson novel “is a bildungsroman about a lesbian girl who grows up in an English Pentecostal community.” That sounds like my dream book, why have I not read this? The relationship between my queerness and my faith remains complicated, so stories that deal with both mean a lot to me. I keep waiting for this to go on sale on Kindle, but maybe today is the day to quit being quite so cheap. 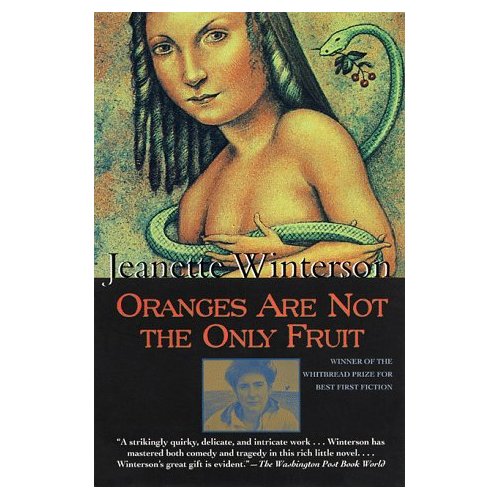 5. But I’m A Cheerleader

But I’m A Cheerleader appears to combine everything I love in movies: Cheerleading, hot girls, literal and figurative camp, and pointed social commentary. It sounds like Bring It On but gay; could anything ever be better than that? No. Plus, Autostraddle said it’s the second best lesbian movie ever! I just wrote a line about how we should all write to our congresspeople about getting it put on Netflix, but y’all they put it up since the last time I checked! How thrilling. 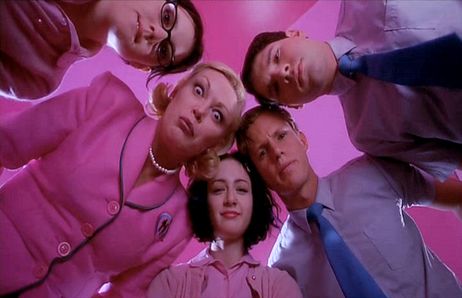 How I feel people are looking at me when I tell them I have not consumed the media on this list.

What other queer cultural landmarks did I miss when I got distracted by the Cracker Barrel billboard? Share your favorites in the comments!