Remember when you were in high school and you were weird and awkward and had a million feelings you didn’t understand and couldn’t control? First Girl I Loved, the new movie from Karem Sanga, explores those feelings in a rich, nuanced, sometimes uncomfortably accurate way. First Girl I Loved tells the story of Anne, an outsider at her high school, who falls for the star of her school’s softball team, Sasha Basañez. It’s often funny, sometimes sad and frightening, and almost always relatable.

I saw First Girl I Loved at Outfest and could feel the queer women around me collectively relating to so much of it, thanks in large part to performances by Brianna Hildebrand (Sasha) and Dylan Gelula (Anne). They seemed like real high school girls: weird, awkward, funny, full of energy and angst. Anne just wants her mom to leave her alone and lies about having a car to impress the girl she likes. Sasha is bright-eyed and over-achieving, but deep down she’s really self-conscious about how the other kids at school think about her. Both girls are obsessed with texting and fill their conversations with jokes and half-sentences. They feel so real. 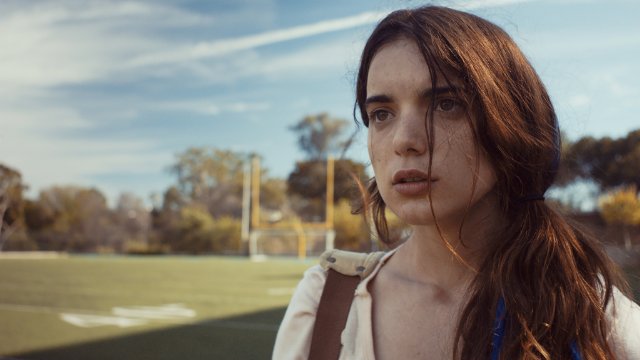 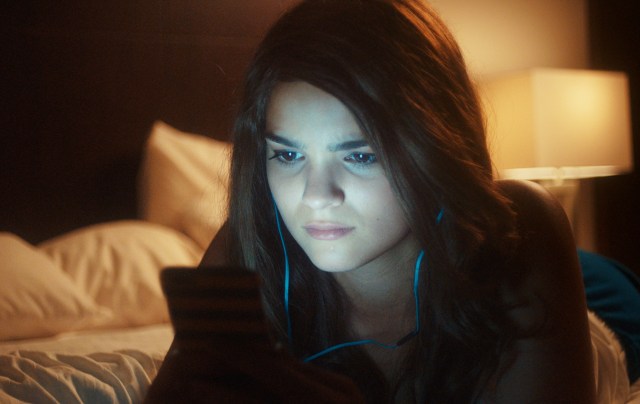 If you’re a fan of movies like Mosquita y Mari or books like The Miseducation of Cameron Post, you’ll probably love this movie. The themes it explores are similar to so many of our favorite coming of age stories: friendships and identity and queerness and being almost-but-not-quite-sure of your feelings.

One of the things that sets First Girl I Loved apart is that one of the leads is Latina. The movie takes place in LA, and while Anne is white, many of the other characters, including Sasha and Clif, Anne’s best friend, are people of color. I wish Sasha’s family had been handled a little differently; they were portrayed pretty stereotypically with regard to their daughter’s sexuality, but it’s always refreshing to see Latinxs in film, especially in a queer love story.

First Girl I Loved isn’t perfect. It has a few bumps here and there, largely, I think, because it was written and directed by a straight man. There’s an out-of-nowhere storyline where Anne’s “best friend” rapes her and then says she was leading him on and it’s not fair, and continued questions about consent span the rest of the film. It’s not exactly what I’d call a happy movie, but I can tell you this: no lesbians die in it!

What makes me most excited about First Girl I Loved is what it signals for the future of movies about queer girls and women. If this is the kind of queer cinema we’re getting from straight men, imagine how great it will be when straight and queer women are given more chances to write and direct. 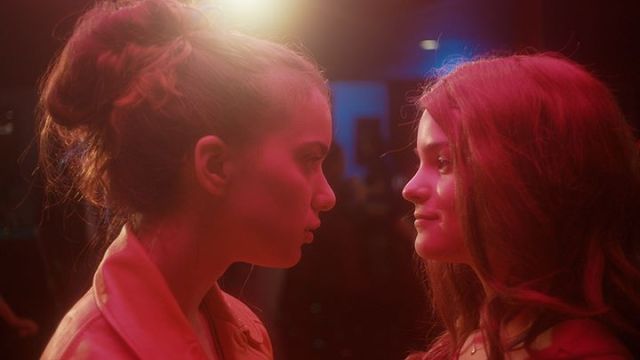 Renown writer and queer woman Carrie Wade, who saw the movie with me, felt similarly about the male writer and director’s influence on the film. Her thoughts are below:

I enjoyed a lot of things about it, and thought they handled some tricky scenes very creatively and delicately. And of course the “I like you” confession at totally the wrong time just made us all instantly revert back to our high school selves and die. So there was a lot to relate to. But it really disappointed me that Clif, who I hoped would be a much needed illustration of a straight guy who supports his queer lady best friend through a crucial time (when do we ever get to see that?), turned out to be a creeper and, y’know, a rapist. That felt like such a missed opportunity.

Because instead of showing us a really rare and meaningful dynamic, we just get “oh right, men and women can’t really be friends because he’s just been in love with her the whole time” AGAIN. And it ultimately made a big part of the movie Nice Guy Commits Crime, Feels Bad About It, which I’m not too interested in seeing. Parts of it also felt a little sensationalized, and I wish we could move past relying on the dangers of social media as a major plot device. I feel like in the back half of the movie, particularly, there were some chances to make bold and different choices that ultimately went by the wayside, and that was a bummer because the lead performances were all so strong. It deserved better than what it ended up being.

First Girl I Loved is earnest and awkward, hilarious and touching. While it doesn’t quite reach the level it aspires to, it’s still a huge step forward from the sad or just plain bad stories we’re used to seeing on the silver screen.

It is is currently screening at LGBT film festivals.