When Ferguson protestors marched on to the office of U.S. Attorney Richard Callahan on Tuesday, they expected to face police and possibly arrest instead of an hour-long face-to-face meeting. In spite of the summer heat, dozens of demonstrators marched towards the federal courthouse in the first demonstration after Monday, when Michael Brown’s father called for a day of silence in honor of his son’s funeral. After several protestors charged ahead to occupy the steps of the courthouse, against the Department of Homeland Security officers’ forewarning, a St. Louis Metropolitan police officer arranged for a handful of the activists to enter the federal building.

During the conversation the group of Ferguson protestors, which included the leader of a St. Louis community group, the Rev. William Barber, and four other demonstrators, issued their demands with respect to the Michael Brown shooting case. Among the demands of Ferguson protestors, the demonstrators called for the Justice Department to investigate the police’s civil rights violations throughout the St. Louis metro area.

Although the Ferguson protestors’ meeting with Attorney Callahan could be considered a victory of sorts, Callahan did not commit to fulfilling any of the demands. Callahan did promise to raise these charges to U.S. Attorney General Eric Holder. Although the demonstrators have found a moment of success, the Ferguson activists are not letting themselves get too carried away with this recent victory. Chairman of the Local Organization for Black Struggle, Montague Simmons, reiterated the the protestors’ continued commitment to racial justice and anti-police brutality work. Simmons explained, “He heard us once because we stayed in the streets, which means the only way they’re going to continue to take us seriously is for us to stay in the streets.” 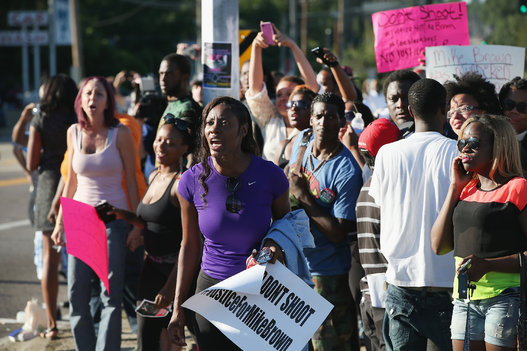 Not only are demonstrators staying in the streets, but they are also mobilizing elsewhere. The Organization for Black Struggle and ColorOfChange.org are joining forces this Thursday to deliver a petition to the White House calling for a federal investigation of the Ferguson Police Department. In the petition to the Obama administration, activists demand that federal forces examine the way in which police forces across the nation are murdering and brutalizing people of color, particularly men of color. The petition also draws attention to the increased militarization of local police forces. Protestors have called for: trainings to eradicate racial biases within law enforcement; for the Department of Justice to establish investigations conducted by impartial committees in cases where police forces have shot an unarmed civilian; for diversity in the populations of police officers; for quality engagement of police forces with the communities they serve; for a federal commission to examine the policies and behaviors of police departments throughout the United States; and for the appointment of a federal “Czar,” whose job it will be to monitor police forces and to resolve any suspicious behaviors within law enforcement. 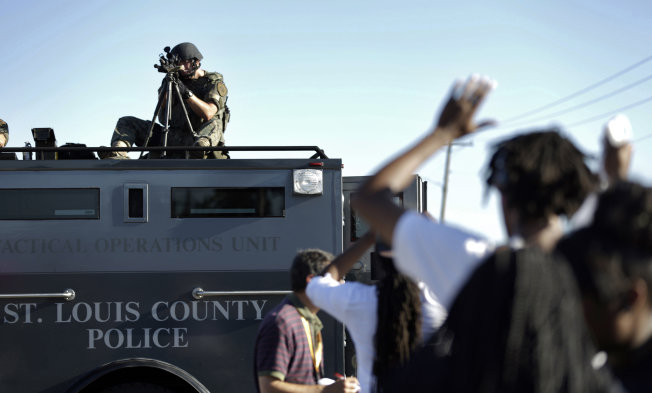 In this next step, Simmons anticipates that the organizations will meet with an official of the administration, though he did not specify with whom. As these demonstrators have proven over and over again, the best means of effecting change is to continue in action. “What you see is the deepening of a movement,” asserted Rev. Barber. And, this movement will press forward until is sees progress.