Abortion, the actual thing and not the Political Issue, is usually a pretty personal, touchy and difficult subject to write about, and so I initially struggled to write this column this week. I wanted to make sure that I handled the subject in the right way. I mean, I’m pretty sure I can safely say that we here at Autostraddle are pretty firmly in the pro-choice corner, but still, a comic book about abortion could have been a huge misfire. The more I thought about it, though, the more I realized that that’s exactly why Leah Hayes’ book Not Funny Ha-Ha: A Handbook for Something Hard is so important. It’s not only a beautifully-made and well-actualized book, but it’s also probably the most accessible and relaxed, while still being frank, discussion about abortion that I’ve ever seen. 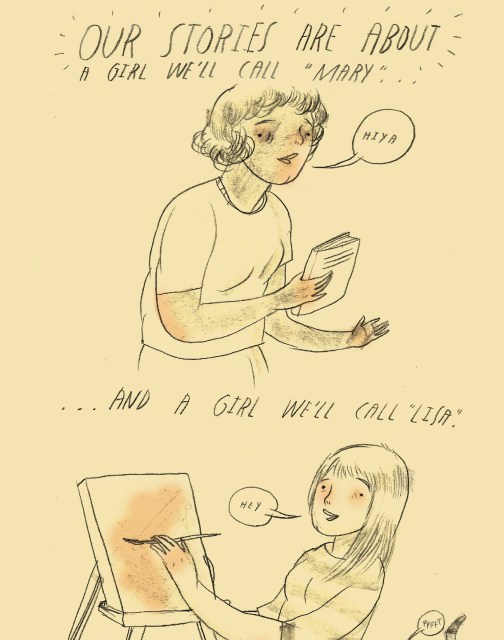 This book takes the reader on a journey along with two women, Mary and Lisa, who both got pregnant and who both have decided to get abortions. Lisa decides to get a surgical abortion, and Mary gets a medical one. It does a great job of talking about why each person might choose, or need to choose, each method and then going through the steps that it takes in order to get an abortion and the steps one should take as they go to the appointment and after they get the procedure done. While the book doesn’t go into too much detail showing the actual procedures, it does a really great job of showing what the day of the appointment and the days after will be like.

While it’s not a medical journal or step-by-step instruction manual of what happens when you get an abortion (and Hayes makes sure to remind the reader that she’s not a doctor and that asking a doctor any questions you have about your abortion is always a good idea), Not Funny Ha-Ha really is quite informative. It talks about what medications are used in a medical abortion, how long you can usually expect before you start and stop feeling the effects of those medications and a bunch of other really helpful and reassuring information that would help anyone who is about to go through the process or just wants to learn about it. It also covers similar information about surgical abortions using the other story in the book. 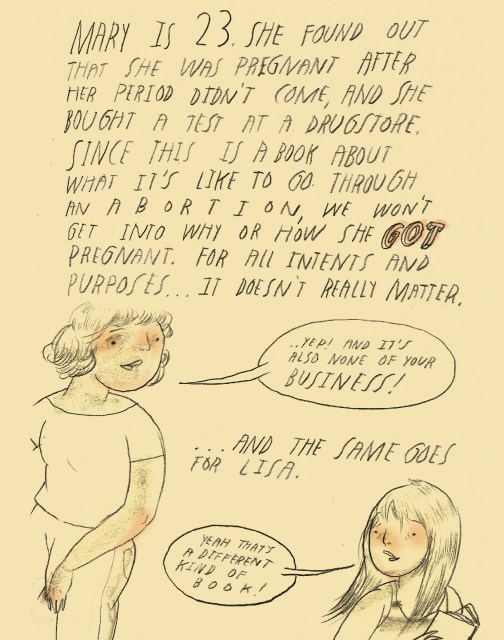 This book keeps on reassuring its reader that whatever reasons they have for getting an abortion or for doing it a certain way, whatever they’re feeling, whatever is going through their head, that’s fine; this is their body and their live and their decision. When it comes down to it, that’s the major message that I got from Not Funny Ha-Ha: no matter why you’re getting an abortion your reason is totally valid and you’re going to be okay. It feels like Hayes is giving you a reassuring hug and a warm cup of tea and then calmly talking you through what your next few days or weeks are going to be like.

Hayes’ illustrations work perfectly for this project. She’s able to make many of the scenes, like the ones after the women get their abortions, seem cozy and personal without crossing over to cutesy or cuddly. She’s able to give other pages the somber and human atmosphere that they need. Above all, she keeps the entire book grounded in her two main characters, making sure that we focus on them, their emotions and their bodies — exactly the things we should be focusing on when talking about abortion. 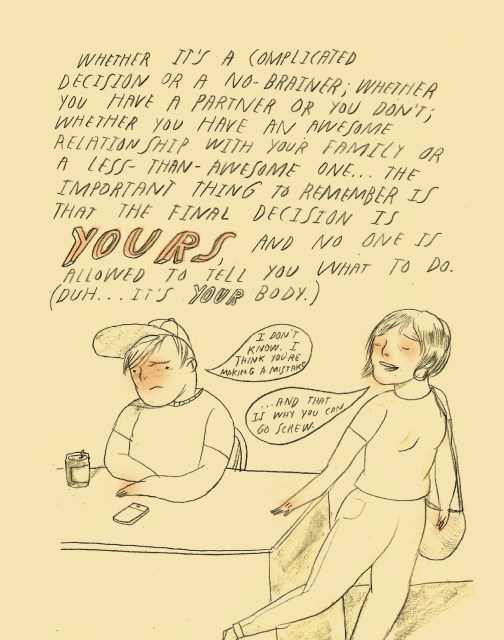 Overall, Not Funny Ha-Ha is a tender, educational and comforting look at a process that people are often afraid to talk about in such an open and non-judgmental way. It’s also got just the perfect amount of irreverence and lightness, which are pretty necessary when taking on a subject that can be so heavy. Is it weird to say that I think this would make a great graduation present? Or maybe a present for parents to give their children who could have abortions when they’re having “the talk” with them? No, I don’t think that’s weird; in fact, this book would make a pretty great gift to give anyone who might at some point have an abortion.