In this latest issue of Lumberjanes, we take a break from the weekly serialized story and see the girls sitting by a campfire trying to earn their If You’ve Got it, Haunt it badge by telling the spookiest stories they know. In a clever move, each story is illustrated by a different artist, helping to show off how each Lumberjane’s personality informs how they tell their story. Also, if you were on the fence about buying it, the credits page calls the issue “a flippin’ sweet Susan B. Anth-ology.” 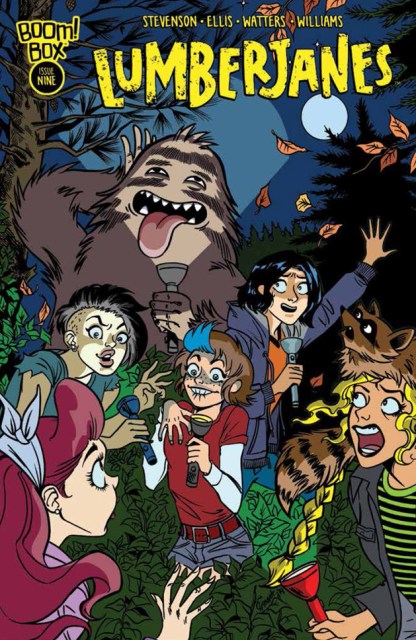 I know I said this last week, but that really does look like our very own Music Editor Stef on the cover. I know it’s Jo, Stef doesn’t usually wear that many bright colors, but every time I see the cover I think it’s Stef.

They did a really great job of distinguishing each character’s voice in this issue. We see the logic-minded Jen complaining about horror story tropes as she tries to include them in her own story. We see Jo tell a very classical Victorian-set ghost story that totally fits with her Little Women-inspired name. Ripley tells a sugar-rushed, and ultimately vulnerable story with the help and reassurance of the older girls. Mal tells a classic urban legend, with a True Horror twist. Molly, at first reluctant and shy about her ghost story skills, ends up telling a really cool forest-set tale. Finally, April comes in and once again shows that she’s perhaps the most badass member of the group by telling a chilling story that is very reminiscent of something by Emily Carroll. 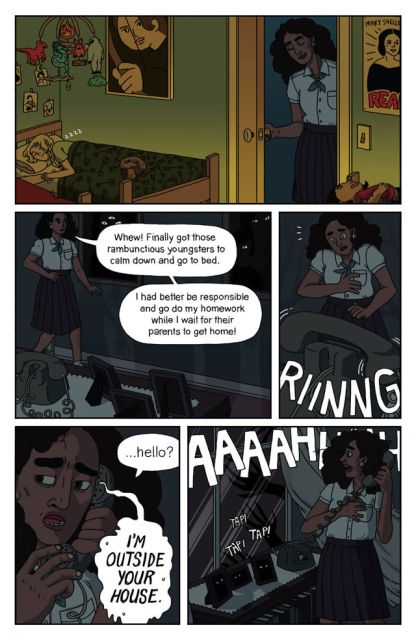 It’s also fun to see the girls being able to bond this way. There’s some light teasing involved, but mostly the girls are all super supportive of each other and cheering each other’s stories on. Plus we get to see some really cute cuddling between Mal and Molly, which is always a highlight.

Overall, this is a great anthology issue that takes a fun break in between the longer stories. It’s hard for me to pick a favorite story, but I think Jo’s and Molly’s might be up there. Although there is some creepiness, it’s still not more than the average pre-teen or teen girl can handle. Regular co-writer Noelle Stevenson and series co-creator and Boom! Box Editor Shannon Watters, who wrote this issue, did a really great job at mixing the light and the dark in this spooky, but still fun and funny issue. 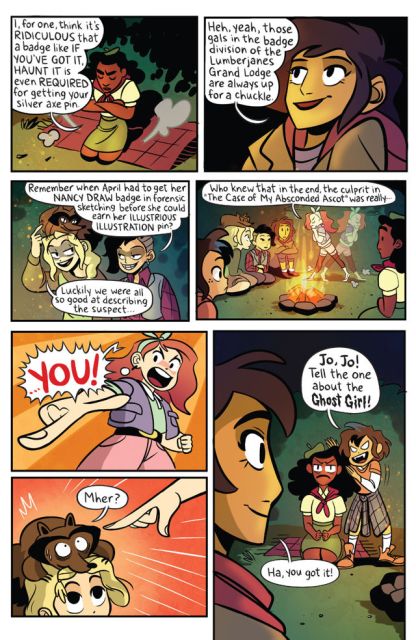 Now, starting with issue #10, artist Brooke A. Allen will be taking a short break (but just until issue #13) and Carolyn Nowak will be taking over. As I said before, Nowak drew the story “Lonely Road” in this issue and she has more comics that you can check out over at her tumblr. 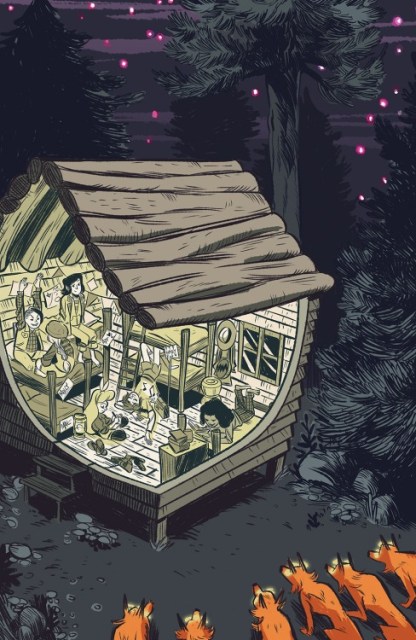 For more Lumberjanes action you can check out the Boom! Box Mix Tape coming out in December, where Stevenson will write a brand new story alongside other Boom! Box comics like Teen Dog, The Midas Flesh and the debut of Munchkin. After that, Lumberjanes will be back with a brand new story in issue #9 with even more friendship and spooky happenings.