The Marvel Cinematic Universe is without a doubt one of the biggest things in the history of comics. So far we’ve seen 15 movies and 7 TV shows, with more coming every year. But Marvel is just barely starting to dip it’s toe into the diversity pool. Early next year we’ll see the first MCU movie starring a person of color and the first movie centering Black people, Black Panther, and then in 2019 we’ll finally see one starring a woman, Captain Marvel. This is a problem, obviously, and it doesn’t look like they’re really going to be adding a lot of movies starring women or POC to their upcoming schedule any time soon. So instead, what I propose is that they fill up each movie with as many POC, women, disabled and LGBTQ characters as they can. Just stuff those movies full of ’em. In case Kevin Fiege or any other MCU people are reading this, here are some of the LGBT women I’d love to see in the MCU who I think would definitely fit into the current plans for the universe. 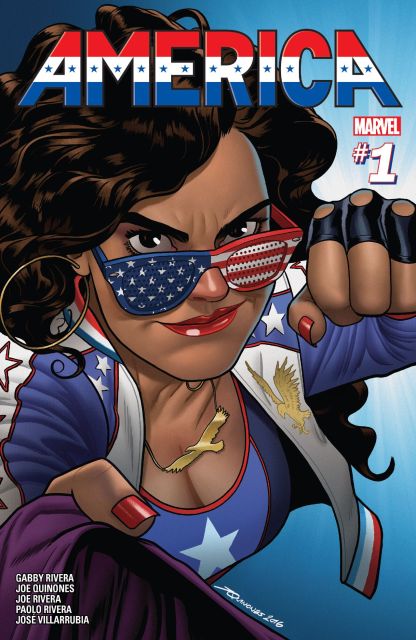 Come on, this needs to happen. Marvel has announced that the Spider-Man: Homecoming sequel will be the launch of phase four in the MCU, and with the main actors contracts running out, it’s likely that at least one or two of the characters we currently know as the Avengers will die or retire by this point. It’s time to bring in some young Avengers like Kate Bishop, or Eli Bradley, or freaking America Chavez. Right now she’s the star of her own popular, terrific and groundbreaking solo title, America, written by queer Latina writer Gabby Rivera, and she’s more in the mainstream than she’s ever been before. Marvel, you have this fan-favorite, super dynamic, hilarious character with a super interesting story and the best fashion in all of comics. Why aren’t you putting her on the big screen right now? 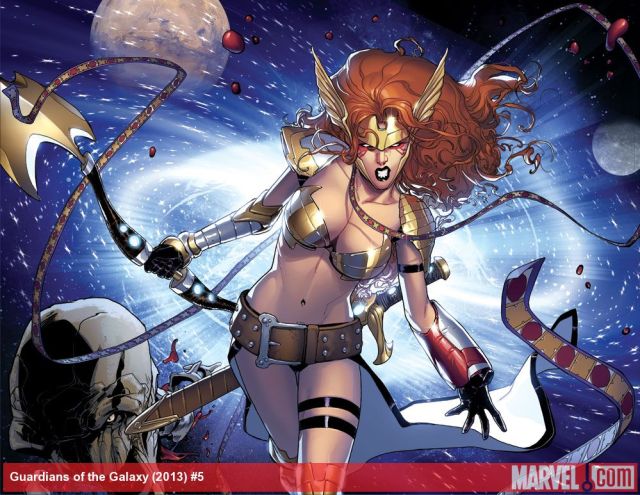 With the way Guardians of the Galaxy and Thor movies are going, it just makes sense that she’d show up sometime soon. Sure she’s a bit of weird character, a space angel wearing bikini armor with a bunch of deadly ribbon-tails, but Marvel is making some super weird movies right now that take place exactly where she’s from! My genuine, but far-reaching, hope is that she’ll show in the post-credits scene of Thor: Ragnorok. Plus she’s a lesbian in love with a trans woman of color, which brings me to my next entry. 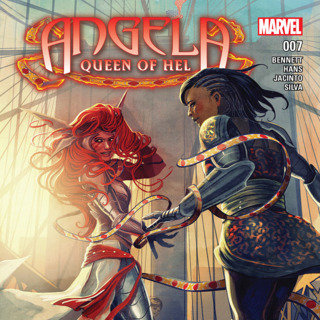 If Angela is there, her partner Sera should be too. Created by Marguerite Bennett, Sera is a a Black trans woman, and from the same realm as Angela. After she helped Angela in a fight, the two went off exploring space and different realms together, fell in love and eventually adopted a daughter and moved to New York together. She’s a super witty, snarky and hilarious character and would fit perfectly into a movie made by James Gunn or Taika Waititi, the directors of Guardians of the Galaxy and Thor: Ragnorok.

Kelly Sue DeConnick’s run on Captain Marvel is what made the character an A-lister who deserves her own movie, so the movie better be based on the stories she wrote. And in those stories, she included the people who made up Carol Danvers’ (Captain Marvel) chosen family, and Tracy Burke, an elderly lesbian photographer, was one of the main people in that group. It’ll be a huge shame if she, along with her long-time partner Teddy Matthews, aren’t included in the movie. 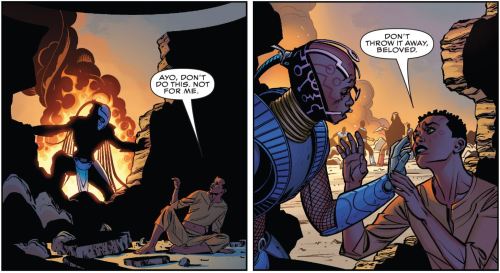 We thought this one was happening. This one should be happening. It’s kind of pretty dang gross that it’s not. Ayo literally exists in the MCU. She’s appearing the upcoming Black Panther movie being played by Florence Kasumba. But then Marvel pretty quickly announced that Ayo isn’t in a lesbian relationship in the movie and her sexuality isn’t addressed. The sequel better freaking introduce Aneka and let these two ladies kiss. 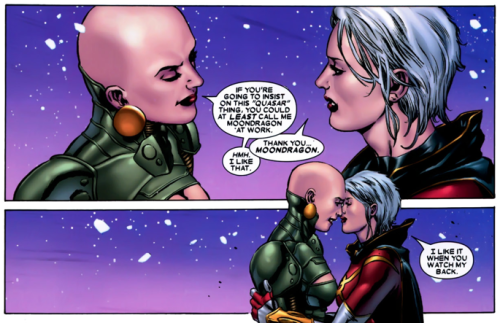 This seemed like the most logical choice before Guardians of the Galaxy Volume 2 came out. And that film’s writer/director did say he thought there was already a queer character in it. Could it be Mantis who tells “you are not even the type of thing I’m into” or could it be just some nonsense that Gunn said to drum up buzz about his movie? But no matter who or what he was talking about, there are these two girlfriends who are canonically members of the Guardians and would be perfect additions to the movies. 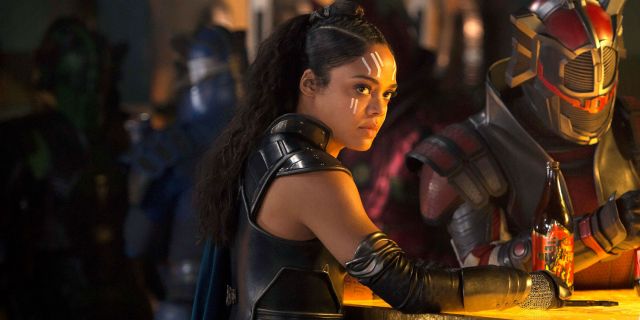 Come on, she’s in the upcoming Thor: Ragnorok and she’s played by Tessa Thompson and if they erase her canonical queerness I’m gonna scream. This movie looks so freaking great and so freaking weird and there’s no reason to erase her queerness and please, please, please just let us have this.