As much as I hate giving attention to cis white men, I’d like to start this piece by talking about them. Specifically autistic cis white men.

Autism representation is, overall, scarce. Our lack of visibility in media, professional fields, and other areas of life tells us that we don’t matter in a world that privileges neurotypicals. Regarding television, the three, and some of the only, well-known examples of representation include Atypical, The Good Doctor, and The Big Bang Theory. All of them focus on cis white men and are played by non-autistic actors. All of them have some sort of interest in science, which feeds into this stereotype that all autistic people are scientific geniuses (personally, I suck at science). All of them are made for the entertainment and consumption of a neurotypical audience. Atypical portrays autism as a tragedy for the autistic individual and a burden for the neurotypical people around them. The Good Doctor feeds into the harmful “autism is a superpower” rhetoric, further othering neurodivergent people and categorizing us as “less human”. Hell, Sheldon Cooper, the autistic in question from The Big Bang Theory, isn’t even autistic. But his “quirkiness” ends up being the butt of the joke so many times to a point where autism becomes acceptable only if it’s diluted and comedic. 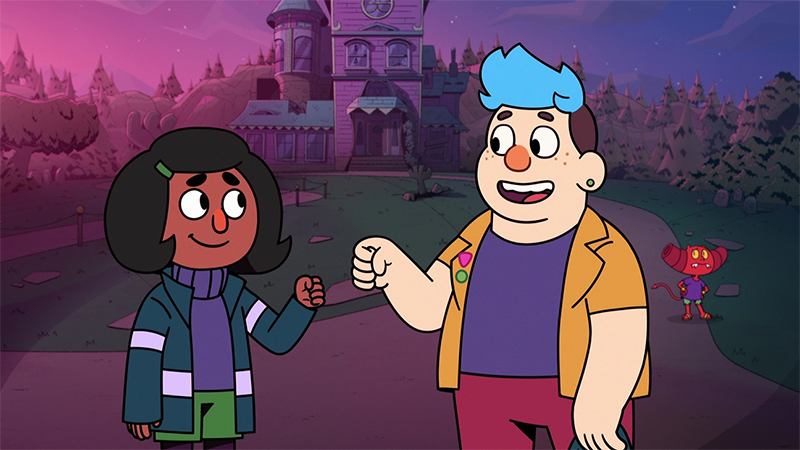 This is all the more reason why Dead End: Paranormal Park and Heartbreak High, two shows that came out in 2022 and fulfill all my autistic queer fantasies, are groundbreaking.

Dead End: Paranormal Park, an animated series created by Hamish Steele and based on the graphic novel series, DeadEndia, introduces us to Norma. She’s Pakistani, bisexual, passionate, shy, and creative. And she’s autistic. From the start of the show, her autism is apparent. When she comes across Barney, the show’s protagonist, he tries to tell her that they already know each other and have attended the same school. Bluntly, Norma simply states that she’s “bad with names and faces”, which is a common autistic trait. Her special interest is Pauline Phoenix, an actress in the show’s universe who ends up being important to the plot. In another episode, Norma and other characters have to create a “human knot”. The physical touch, closeness, and movement overstimulates her, which leads to her having a shutdown. Norma struggles with socializing, and much of her character development involves her breaking out of her shell.

In an interview with The Hollywood Reporter, Steele goes into depth about the development of Norma’s character:

“One is that when I wrote the webcomics, I tried to make her “hashtag relatable.” I just thought this was everyone’s experience of life. So many people reached out and said, “Hey, I headcanonned her as autistic!” or “Great representation of anxiety.” I got so many comments like that when we came to write the show, I thought, Norma is autistic. So we had a consultant; we had autistic people on the crew. But every time I sent scripts or notes, the consultant said, “Wow, Hamish, you must have done so much research.” I was like, “I mean, a bit, but not really.” Long story short, I was diagnosed with autism during the show’s production, basically, thanks to Norma, because I was just writing my experiences.”

Norma isn’t a character whose differences are set up for watchers to pity or laugh at. Nor is she used for “diversity points” — her character is treated with dignity and respect. She’s also a badass fighter of evil spirits and demons who’s a part of a fantastic dynamic duo. As a Latina, it’s refreshing to see a nonwhite autistic character. While there’s been rising conversations concerning autistic women being overlooked, autistic people of color are often excluded from them despite also being routinely dismissed and underdiagnosed. This is because our health isn’t taken seriously, because the blueprint for the diagnostic criteria is largely based on autistic white boys. Autism research is extremely deficient in research that shows how autism can look different in varying groups of people and how it intersects with race and gender. Norma’s character is refreshing, and breaks this idea that autism has a “certain look”. 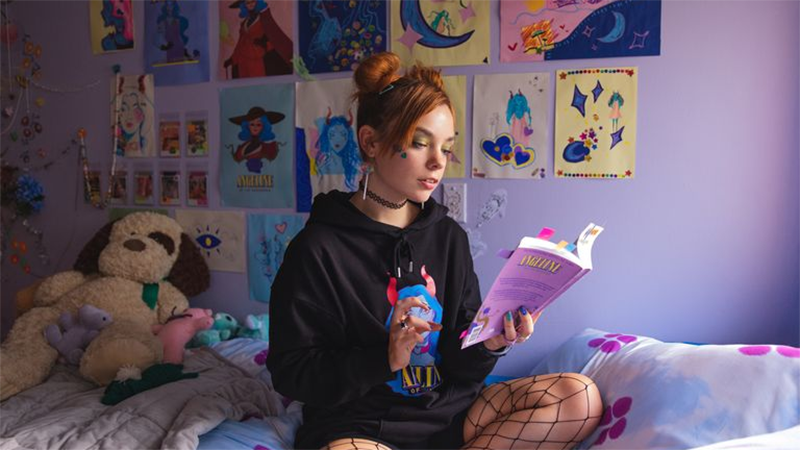 The 2022 reboot of Heartbreak High, based on the popular 90s series of the same name, follows the lives of multiple high school students. One of these characters is Quinni, who’s literally sunshine personified. Often styled in bold accessories like a cottagecore necklace or glitter hearts on her face, she experiences her emotions, like happiness and excitement, very deeply and isn’t afraid to demonstrate them through flapping her hands or flashing a wide smile. There are many other scenes of her stimming, something that is still stigmatized, like her playing with the rings on her finger or rocking back and forth. When Quinni’s accused of having a “lazy kebab vagina” in the first episode, she doesn’t understand the slang the rest of her peers seem to know, spends a tremendous amount of time researching it, and abruptly asks Amerie, a main character in the show she barely knows prior to this interaction, to inspect her vulva in the bathroom.

One of the highlights about Quinni for me is how her experiences show the difficulties of dating, especially dating neurotypical people, as a neurodivergent person. Many autistic people, myself included, have a hard time connecting with other people and often feel isolated others as a result of the world disabling us. One of Quinni’s main storylines is her relationship with Sasha. As soon as Quinni tells Sasha she is autistic, Sasha immediately questions her and says that she’s too “emotionally intelligent”. When they go on a date, the restaurant they go to is overstimulating for Quinni, which disconnects her from the present and obscures everything Sasha’s saying. As the pair are leaving a bookstore event, with Sasha annoyed and wanting to party, Sasha complains that she wants to be a “normal teenager” and Quinni’s autism is “a lot for her”.

Disability rights activist, one of Marie Clarie‘s 2022 Women of the Year recipients, and autistic model, actress, and writer Chloe Hayden plays Quinni. During an interview, Hayden explains that she’s waited “all her life” to play a character like Quinni, and aims to have viewers see themselves on screen in a way she’s never seen herself on screen growing up.

Dead End: Paranormal Park and Heartbreak High prove that we are capable of telling our own stories. Seeing Norma’s and Quinni’s nuanced portrayals of autistic queer teen girls heals the confused, scared, and incredibly lonely autistic queer teen girl I once was. And I’m so damn happy so many others are also feeling the same way. I’m optimistic about the future of autistic storytelling, and I’m excited to see what will come from these powerful foundations.

Lily Alvarado is a queer Boricua whose heart was born and sings in The Bronx, New York. Her titles include grad student, educator, decolonial feminist, breaker of generational cycles, and lover of reptiles.

Lily has written 18 articles for us.