On Friday, the Pop Culture Anti-Bullying Coalition Panel returned to New York Comic Con for its second annual discussion of “geek, cyber, & LGBT-bullying, becoming a hero IRL, and analyzing how media and entertainment affect our attitudes toward bullying and aggression.” 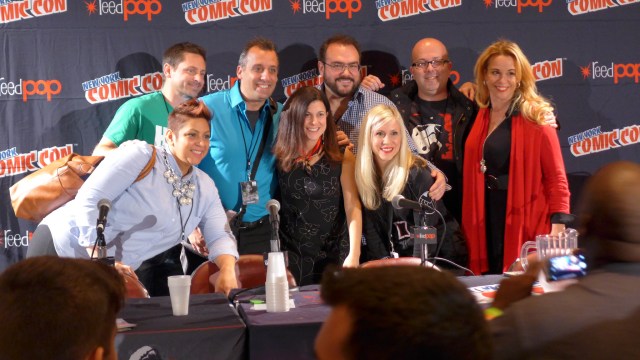 The panel began with an introduction by Anti-Bullying Coalition co-founder Chase Masterson, who has mentored bullied kids coming out of gangs at Homeboy Industries since 2008. “I love what the genre stories tell us: that we can make a better world, that we can stand up for ourselves and for each other,” said Masterson. “Your future can be great and you can be extremely powerful. Not in spite of your past, but partly because of it.” With the help of anti-bullying tools and strategies, anyone can learn to be strong for themselves and for others; this, she believes, is how we build a culture of healing rather than hurting.

Masterson’s call for strategic education was a theme repeated by many of the panelists. Adam Hartley of The Hero Round Table said that in his experience as a school superintendent, a lot of anti-bullying programming places the emphasis on the wrong thing. When messaging is overwhelmingly negative, he says, “There are second and third graders that live their life feeling that they are a bully. Because ultimately, we’ve all been mean to somebody. We’re human. What we need to do is say is no, here: even though you were a bully on this day, guess what? You’re gonna wake up, you’re gonna come to school tomorrow, and it’s a fresh start. This is how you act as a hero.” When bystanders feel empowered to step in, they can become everyday heroes. As behavior changes, communities become safer. 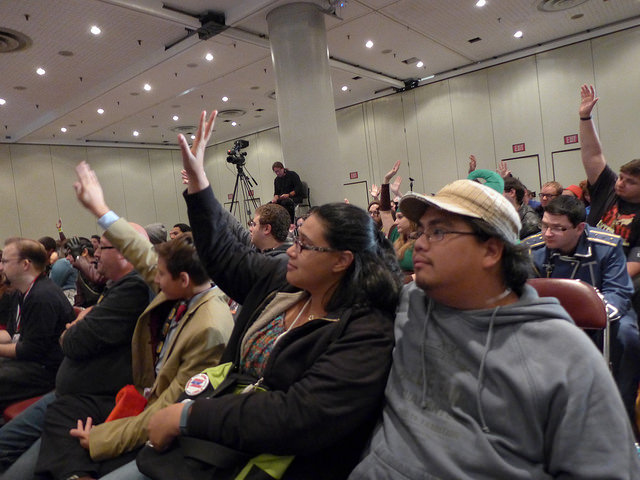 Audience members respond as panelists ask: How many of you have ever been in a situation where you have watched people being bullied? How many of experienced bullying yourself due to your race? Gender? Perceived or actual sexual orientation?

Throughout the session, panelists encouraged victims of bullying to seek support and find coping strategies that worked for them. Refreshingly, however, they were careful not to play into victim-blaming — a practice that Comedian Joe Gatto even named and criticized directly during his introductory speech. This is a vast improvement over the victim-blaming advice I recall hearing as a kid: “stand up for yourself,” “kill them with kindness” or “just ignore them.”

Although discussion was cut short at the end (fifty minutes isn’t nearly enough time for this topic!), panelists stayed for a few minutes at the end, where I briefly chatted with Eva Vega-Olds, director of research and communication for the Anti-Defamation League.  We spoke about her experiences with bullying, and she shared the following powerful anecdote:

I was one of those kids who grew up in a real sarcastic family. I always enjoyed making people laugh, and oftentimes I said things without thinking. I had a friend who was working class — we were all working class in my neighborhood — and she one day came to school and her hair was very greasy. And I said to her, “Why’d you come to school? Your hair’s so dirty.” And I didn’t realize I said it in that way, but there was a lot of people around, and they started laughing. When I saw I got that reaction, I kind of raised the bar — or lowered the bar. I said, “Ew, that’s nasty. Why you look like that?” It was the end of fourth grade, and we moved the next school year.

Fast forward. I saw her in college. She told me that I made her life miserable. They called her a mean nickname, it had to do with Pigpen from Charlie Brown. And I had had no idea that I had had that impact on her. I did it to get more social cachet. I did it for myself. And I didn’t realize that it had negatively impacted a person who I called a friend. Later on, I found out that her mother had passed away and her dad was trying to get four girls dressed and in school on time — so sometimes she didn’t get a chance to wash her hair. It was a really dark moment for her family and I made it worse.

That taught me a lot, in retrospect. … We don’t have to be perfect every single day, but we’ve got to own it when our imperfections hurt people. We’ve got to own it that we have an opportunity. It matters how we become cool. Ascendance of any sort is a big deal, but how you ascend matters more. 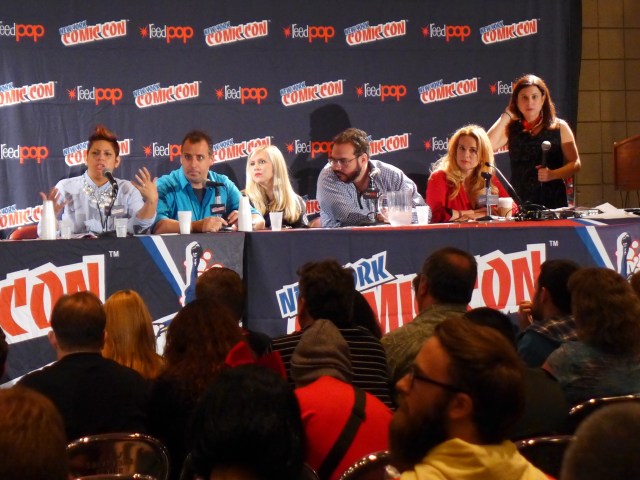